In 1985 Nabisco ran a Transformers promotion with Shredded Wheat and Malted Shreddies cereals (could be others?). The boxes included one of six Scout Planes. As I don’t have any of the Scout Planes, I don’t know much about them. I imagine they were either cardboard or foam. They could be assembled in plane or robot modes. Starscream, Skywarp, Thundercracker, Dirge, Ramjet, and Thrust were available. 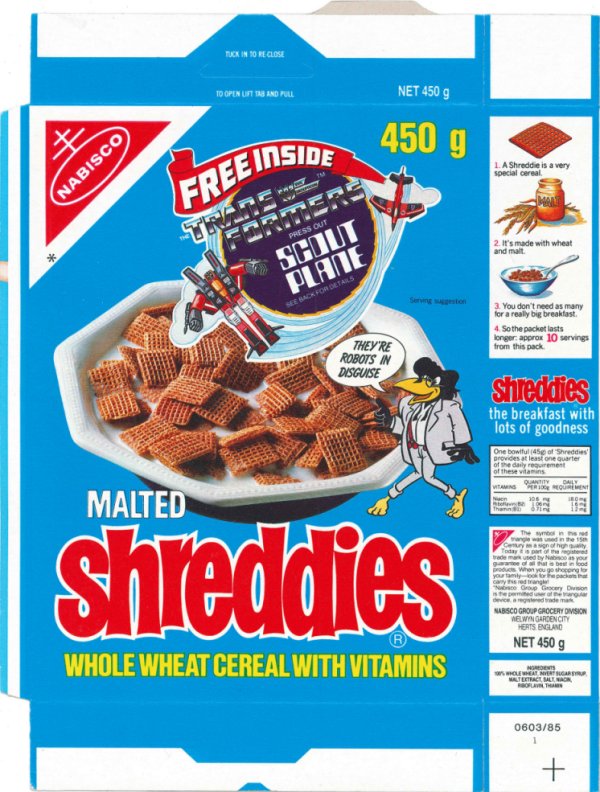 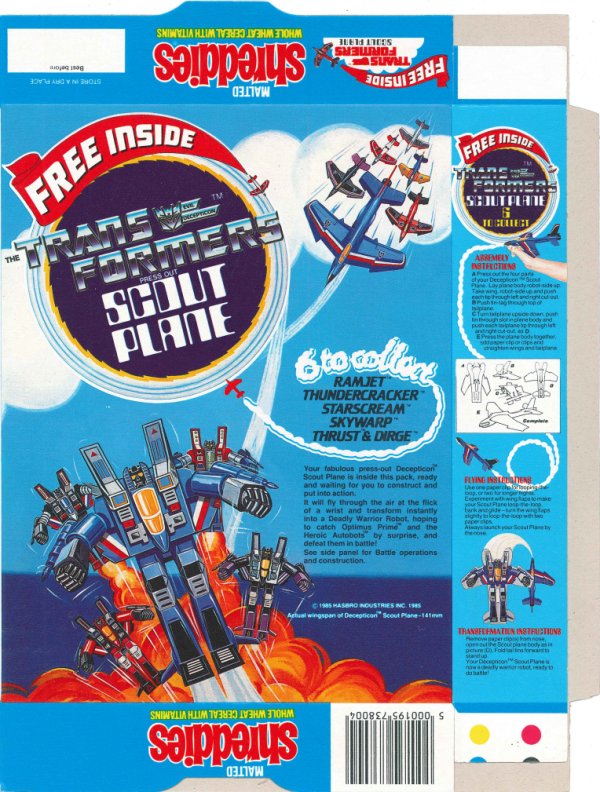 While I have not found the scout planes, I recently picked up a Malted Shreddies cereal box on eBay with the promotion on the box. When I bought it, I assumed it was just a flattened out box, but it has actually never been glued. Now if I could only find the Scout Planes…

As always, you can find over 14,000 Transformers merchandise items and collectibles at TFMuseum.com.