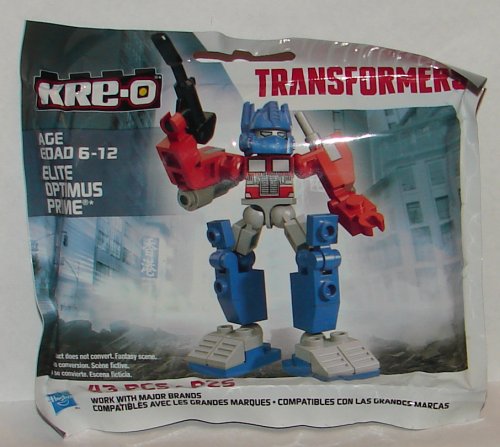 I can safely say that Elite Optimus Prime is one of the rarest Transformers from the last ten or fifteen years.  Until not long ago, I had never seen one on eBay.  I couldn’t bring myself to spend $225 on the first one that came up, and I missed out on the second, but another one came up at $75.  I couldn’t hold out for a better deal.  As to why it’s so rare, I have heard different things about when/where it was released.  I know that for one day it was given out to kids at Canadian Toys R Us stores.  Prior to that it was either released in small quantities in some Asian countries, or was given out at a toy show somewhere in Asia.  I’ve seen different info in different places.  In any case, it was crazy rare. 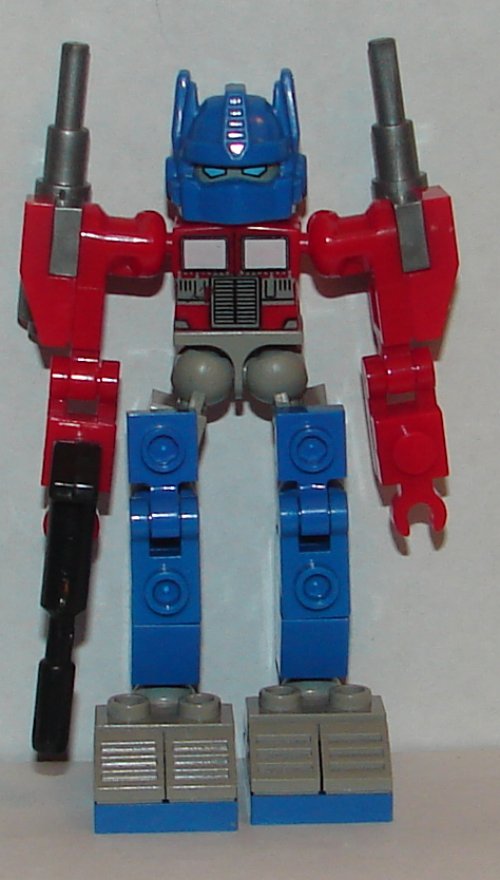 Yeah, I know.  Kind of underwhelming.  It’s basically a Prime body with fancier arms and legs.  This is by no means a great toy, but I’m a completist so I had to have it.  This is only the second figure like this from the Kre-O line. 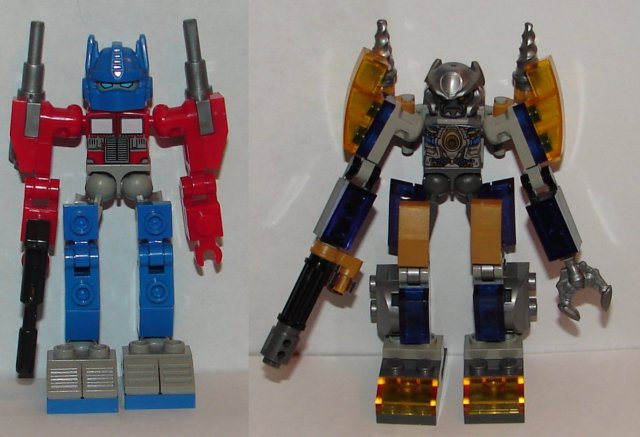 Here Optimus Prime is next to the Galvatron from the Age of Extinction Galvatron Factory Battle set.  Galvatron has a little more to him, especially in his legs, which makes him look less spindly than Optimus Prime.  If the line had been better received and continued, I wonder if we would have gotten more like this.

I’m 36 years old, and I work in network tech support for a public school system. I am a huge fan of Star Trek, Transformers, Harry Potter, and Marvel Comics as well as numerous other fandoms. I’m a big sports fan, especially the Boston Red Sox and the New England Patriots. I collect toys (mostly Transformers but other stuff too), comic books, and Red Sox baseball cards. I watch an obscene amount of television and love going to the movies. I am hopelessly addicted to Wizard Rock and I write Harry Potter Fanfiction, though these days I am working on a couple of different original YA novels.
View all posts by lmb3 →
This entry was posted in Toy Reviews, Toys, Transformers and tagged Age of Extinction, AOE, Elite Optimus Prime, Kre-O, Optimus Prime, Toys, Transformers, Transformers: Age of Extinction, Transformers: AOE, Transformers: Kre-O. Bookmark the permalink.