Well, it took a while to track down, but I’ve finally got a hold of the last wave of RID Mini-Cons.  I buy Hasbro’s assertion that the final waves of lines get canceled, very rare, or not released in the USA is because of the way the stores order, but that does not in any way explain why they don’t make them available on HasbroToyShop.com.

Wave 6 includes repaints of four previously released molds.  Sawtooth and Windstrike were released in Mini-Con Battle Packs and came with different armor.  Dragonus was released in a 4-pack and did not come with any armor.  Only Lancelon was previously released with the same armor he comes with in the single pack.  Read my original reviews of Dragonus, Lancelon, Sawtooth, and Windstrike. 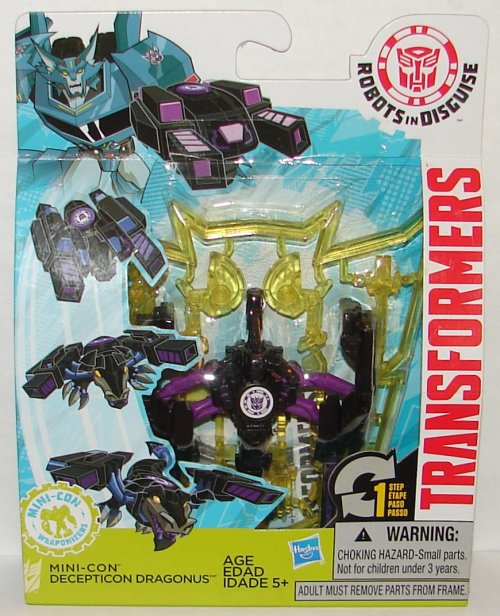 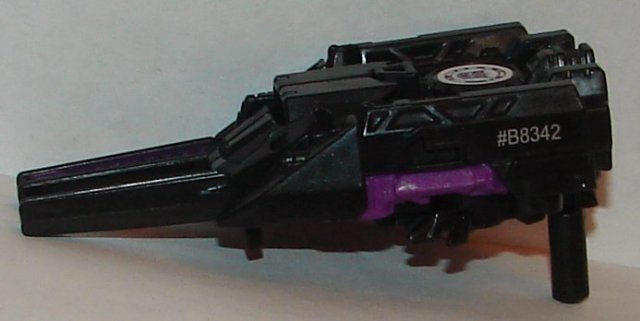 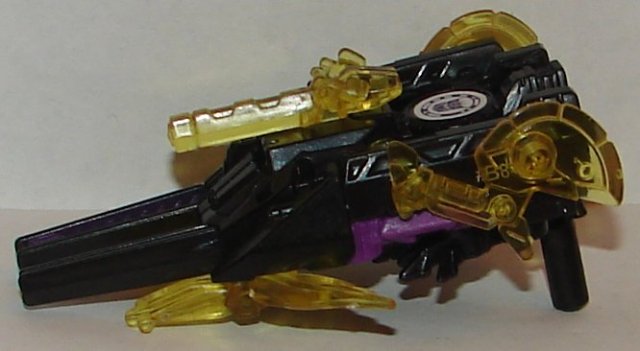 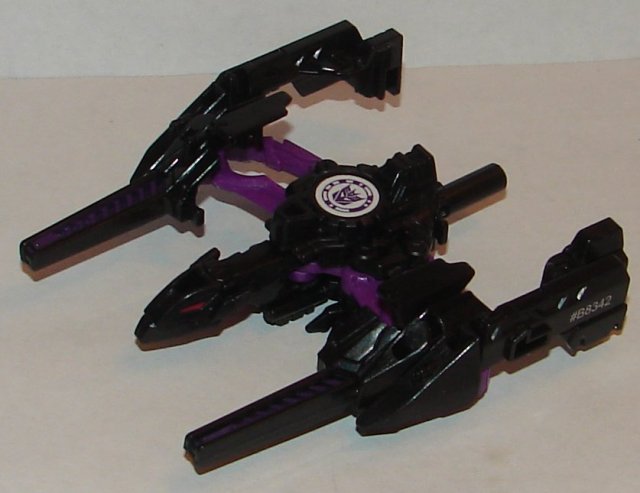 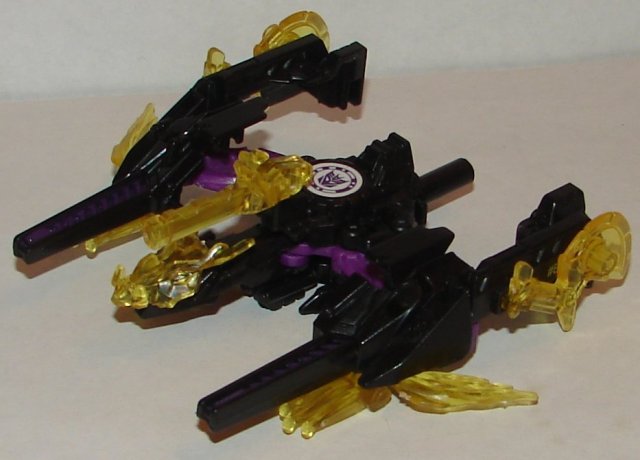 The original Dragonus, as well as the 4-Pack repaint, were Decepticons.  Then this new mold was an Autobot in another 4-Pack.  Now he is a Decepticon again.  The armor looks pretty cool.  Unfortunately, as with many toys Hasbro makes that have predominantly black plastic, he has dark colored paint, in this case purple.  You can’t see it in the photo, but he does have purple paint on top of his gun barrels where the previous version had red.  I wish Hasbro would realize that if the plastic is black it needs a bright color or it just looks black. 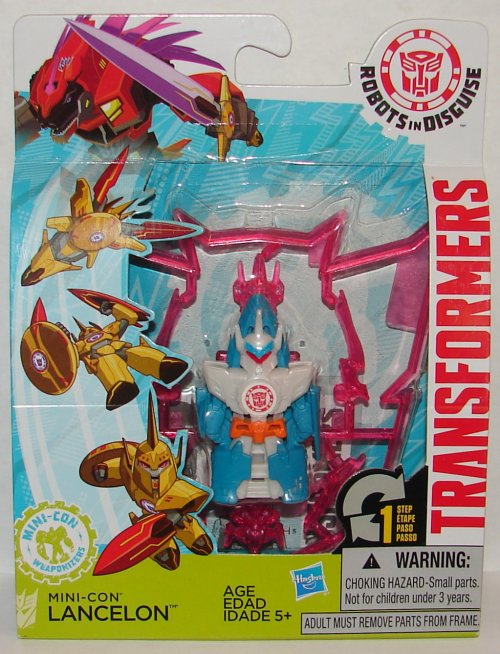 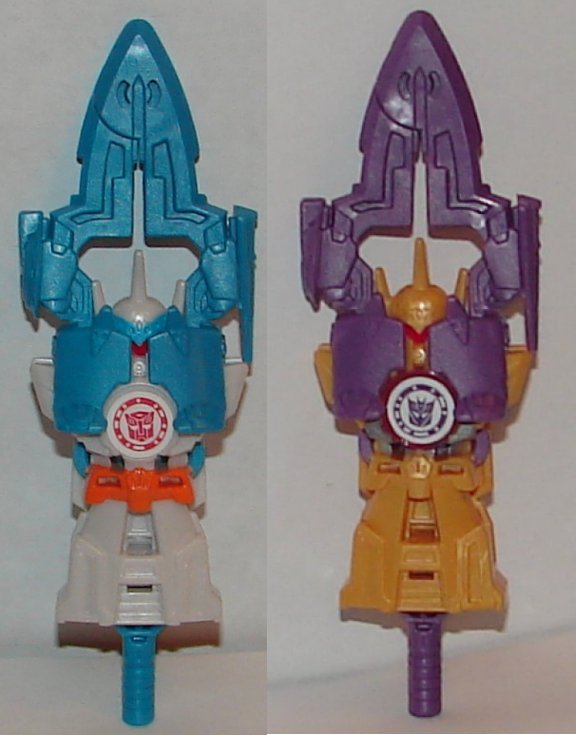 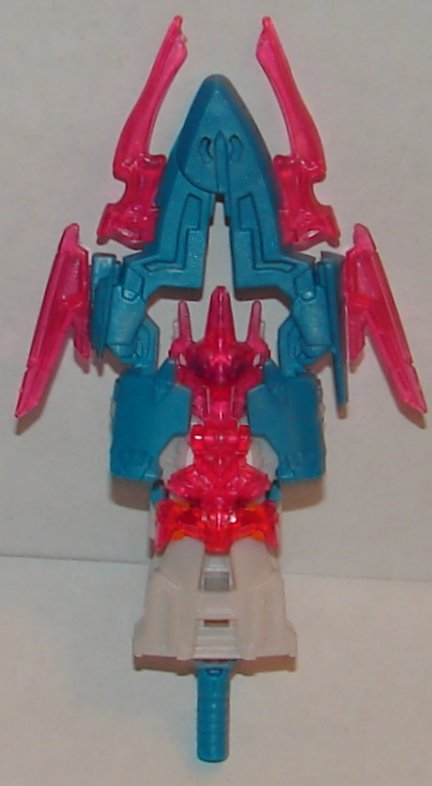 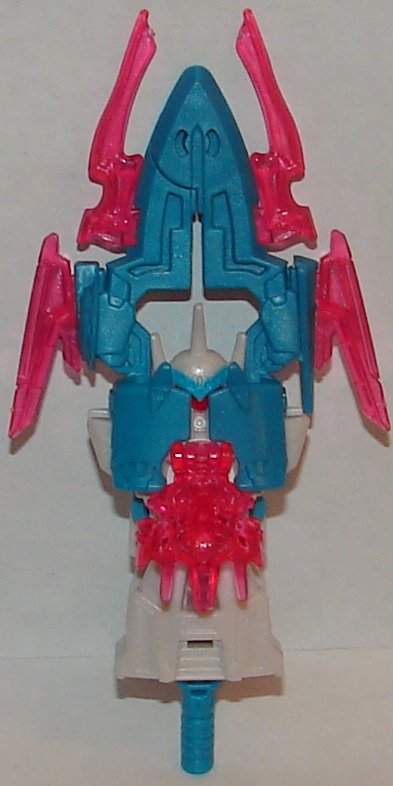 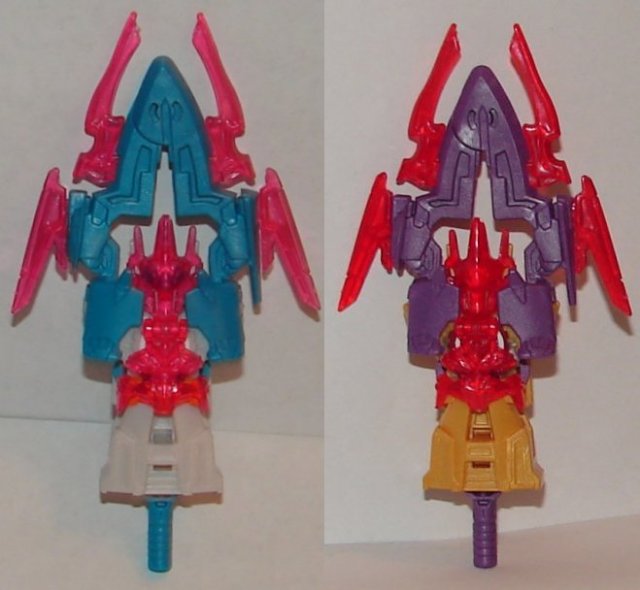 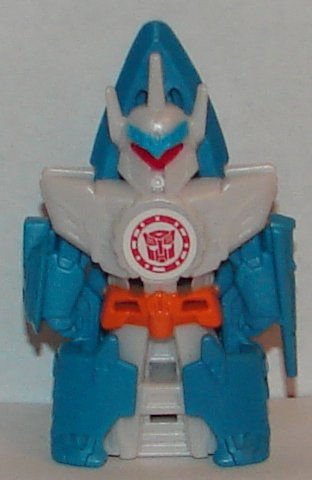 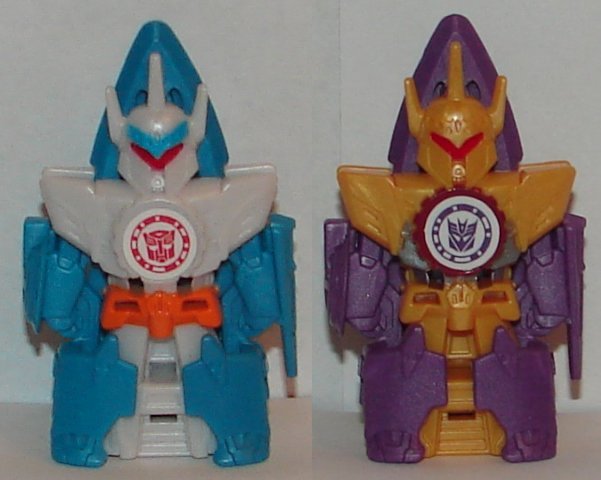 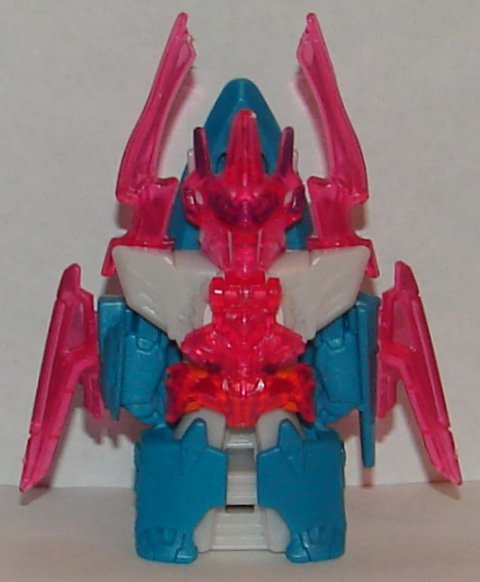 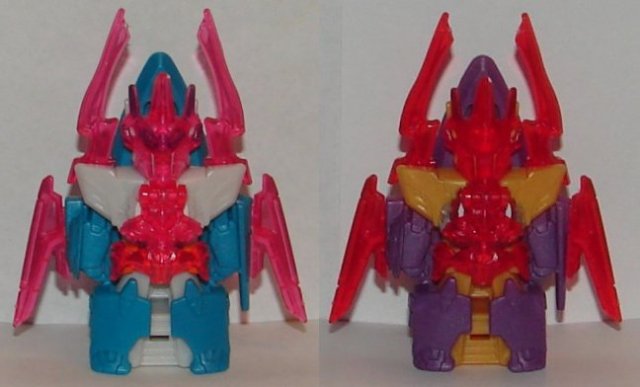 Like Dragonus, Lancelon has changed from a Decepticon to an Autobot.  The new white and blue color scheme looks much better than the original.  I may not have noticed it with the first version, but when his mask is flipped up, his sword blade does not quite close all the way.  If you flip it down before transformation, it won’t interfere with the blade closing. 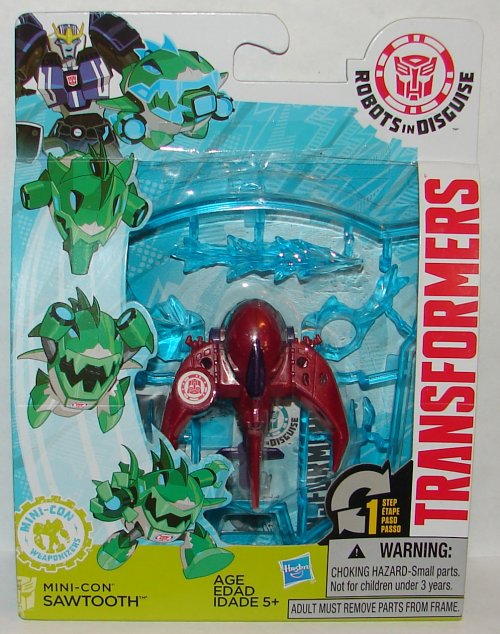 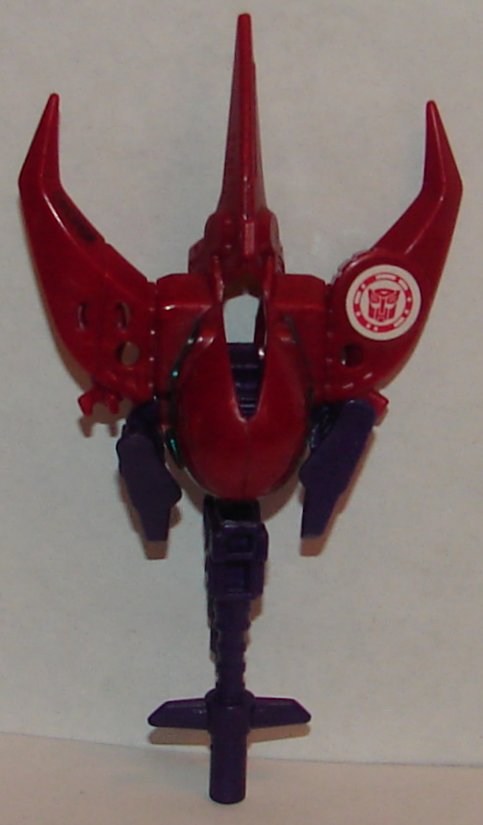 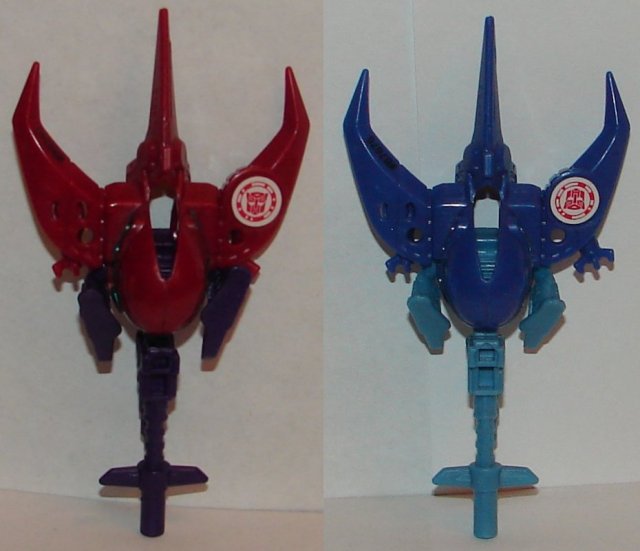 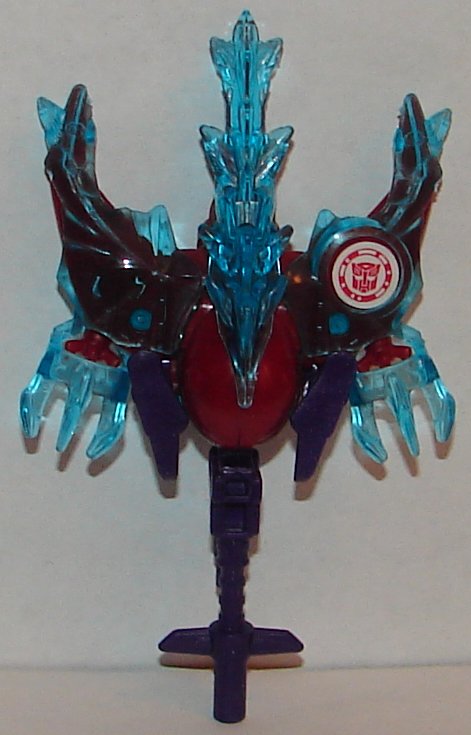 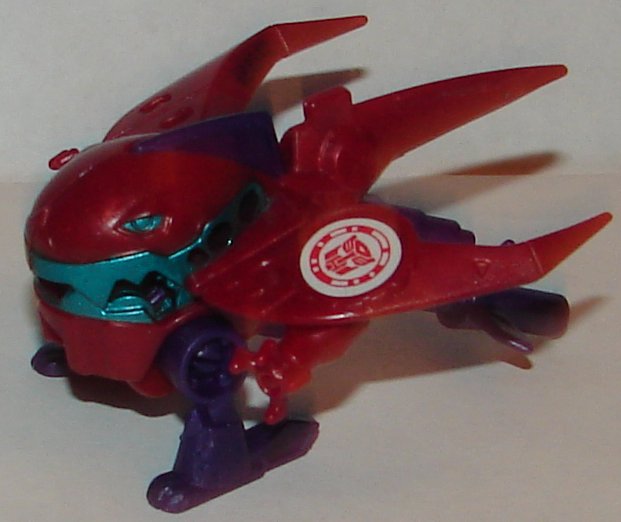 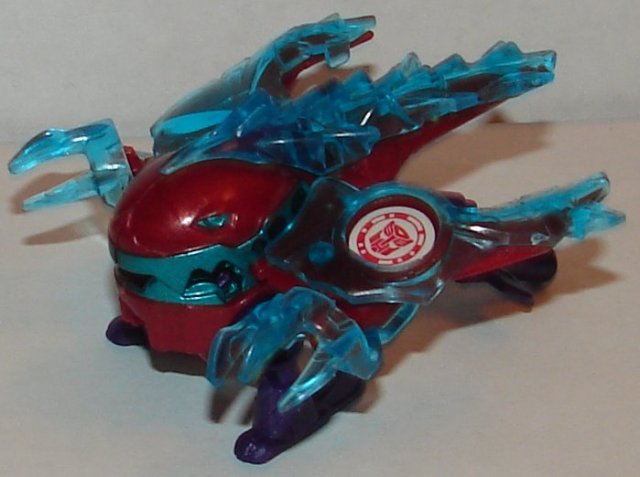 I love Sawtooth’s colors when he has his armor on.  Oddly, his Autobot logo has been turned 180 degrees.  Why?  Who knows? 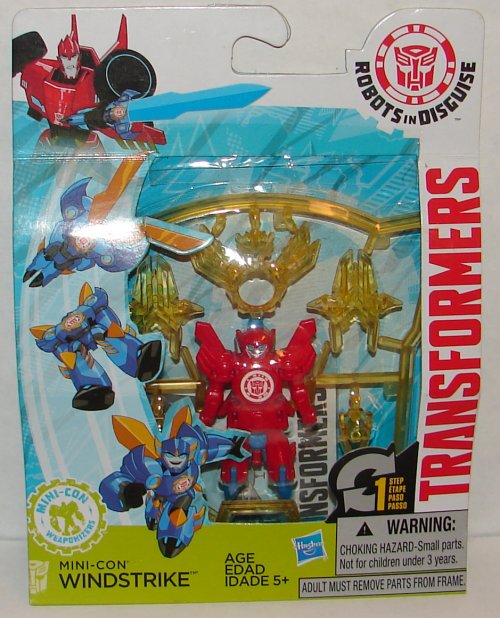 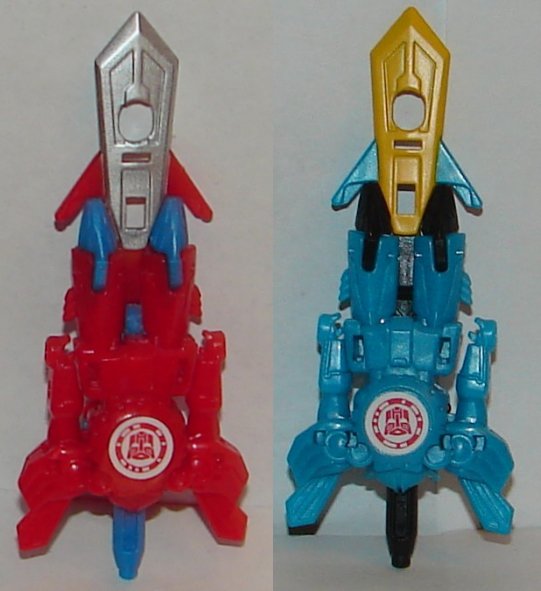 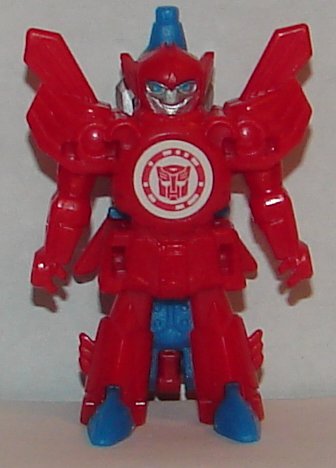 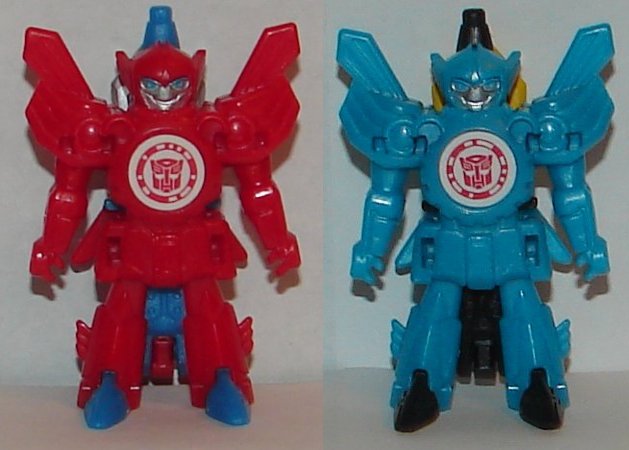 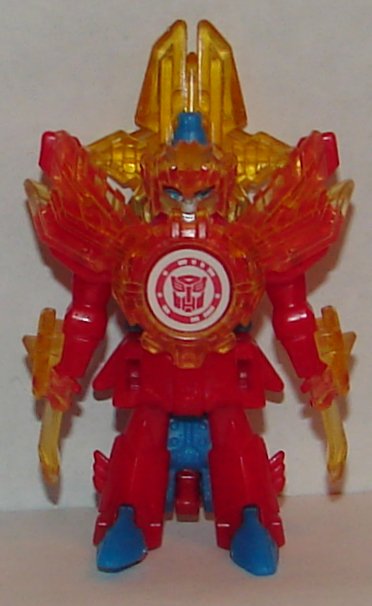 Not much to say about Windstrike.  I like the new red color scheme and he looks great with the armor on him.

Overall: I can’t say that any of these are a must, but three do have new molding.

I’m 36 years old, and I work in network tech support for a public school system. I am a huge fan of Star Trek, Transformers, Harry Potter, and Marvel Comics as well as numerous other fandoms. I’m a big sports fan, especially the Boston Red Sox and the New England Patriots. I collect toys (mostly Transformers but other stuff too), comic books, and Red Sox baseball cards. I watch an obscene amount of television and love going to the movies. I am hopelessly addicted to Wizard Rock and I write Harry Potter Fanfiction, though these days I am working on a couple of different original YA novels.
View all posts by lmb3 →
This entry was posted in Toy Reviews, Toys, Transformers and tagged Deployers, Dragonus, Lancelon, Mini-Cons, Minicons, RID, Robots in Disguise, Sawtooth, Toys, Transformers, Transformers: Robots in Disguise, Weaponizers, Windstrike. Bookmark the permalink.