Legends Deluxe Weirdwolf is repainted from Transformers: Generations Deluxe Wolfwire.  Monzo is repainted and remolded from Monxo.  His head sculpt is based on the Japanese Headmasters cartoon.  Read my review of the USA Wolfwire & Monxo. 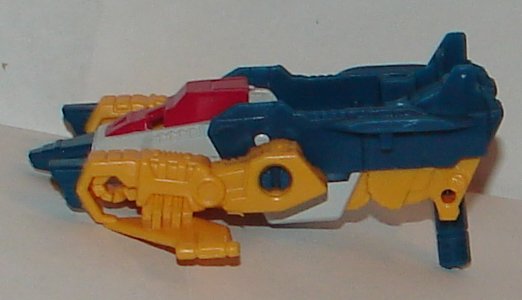 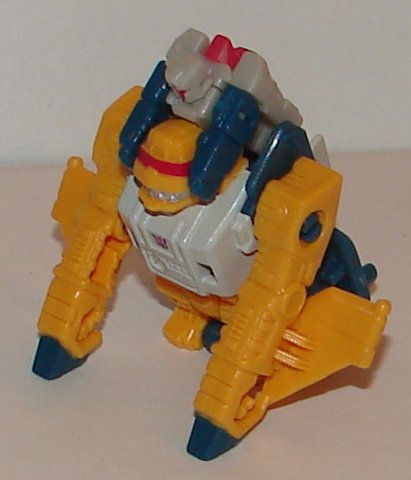 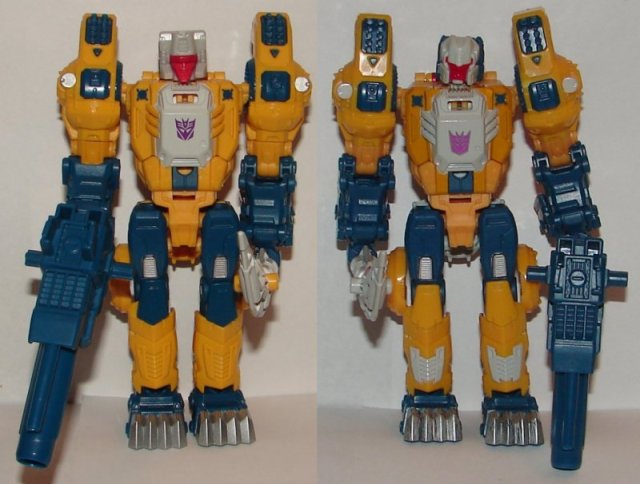 Wolfwire’s head sculpt is the worst of the Titans Return line so far, so Weirdwolf didn’t have to improve much to be better.  Not sure how accurate it is having never watched the Headmasters cartoon, but it’s very cool.  As you can see from the photos, there are a few paint differences between Weirdwolf and Wolfwire, but it’s really not that different.  For the better head sculpt, I would recommend the Japanese version, but other than that, there really aren’t a lot of differences between the two.

I’m 36 years old, and I work in network tech support for a public school system. I am a huge fan of Star Trek, Transformers, Harry Potter, and Marvel Comics as well as numerous other fandoms. I’m a big sports fan, especially the Boston Red Sox and the New England Patriots. I collect toys (mostly Transformers but other stuff too), comic books, and Red Sox baseball cards. I watch an obscene amount of television and love going to the movies. I am hopelessly addicted to Wizard Rock and I write Harry Potter Fanfiction, though these days I am working on a couple of different original YA novels.
View all posts by lmb3 →
This entry was posted in Toy Reviews, Toys, Transformers and tagged Legends, Monxo, Monzo, Toys, Transformer Legends, Transformers, Weirdwolf, Wolfwire. Bookmark the permalink.