I’ve never reviewed this mold before.  I’ve been looking for a Henkei Astrotrain at a reasonable price for a long time.  I really like the color scheme they used.  It’s much better than the USA Classics Astrotrain, which was in white.

Shuttle Mode: I really like Henkei/Classics Astrotrain’s shuttle mode.  If they had made the two halves of the front of the train fold down under the shuttle, it would be damn near perfect.  As it is, it’s closer to a real Space Shuttle than Titans Return Astrotrain is.

Train Mode: Similar to Titans Return Astrotrain, Henkei/Classics Astrotrain suffers from a pile of stuff on top of his train mode.  It’s not bad. 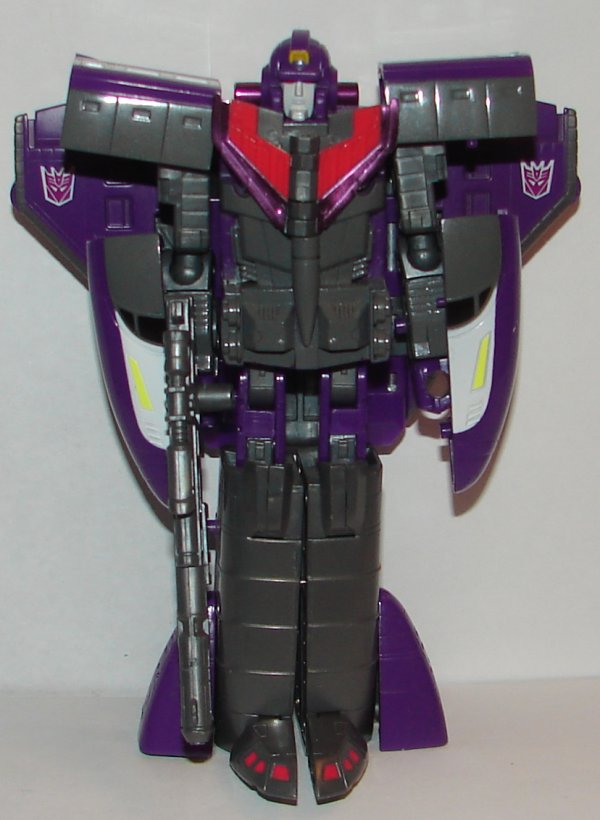 Robots Mode: He doesn’t look bad in robot mode.  I like the head sculpt.  Not a fan of the two halves of the nose of the train on his arms.  Certainly he’s nowhere near as nice as Titans Return Astrotrain, but when it came up, it was pretty good.

Overall: Not a bad mold, but probably suffers most from better toys coming out since it’s release.