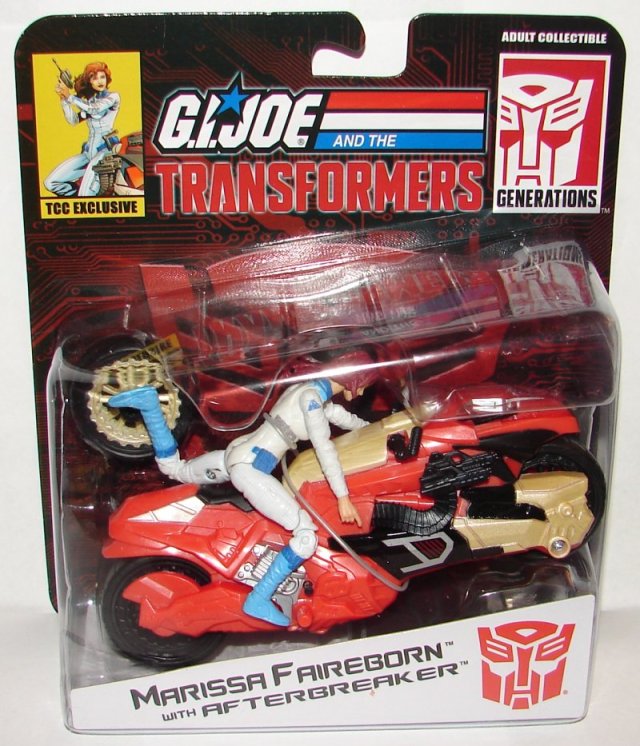 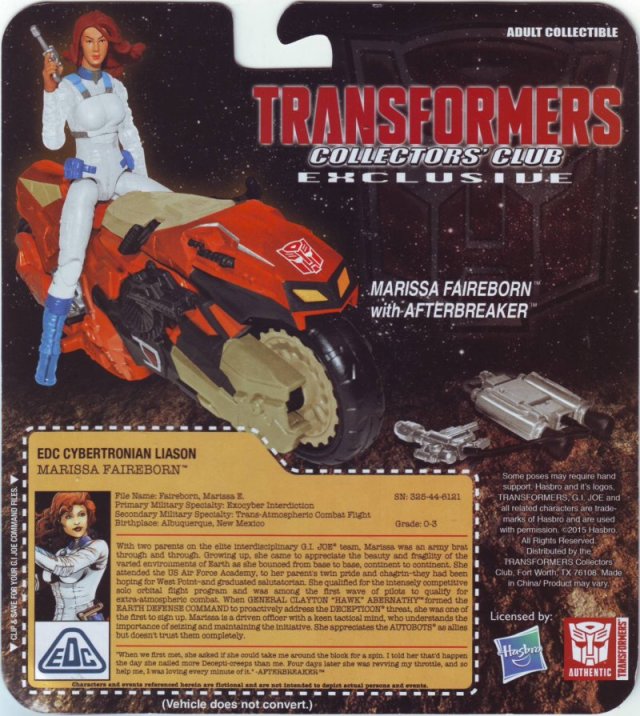 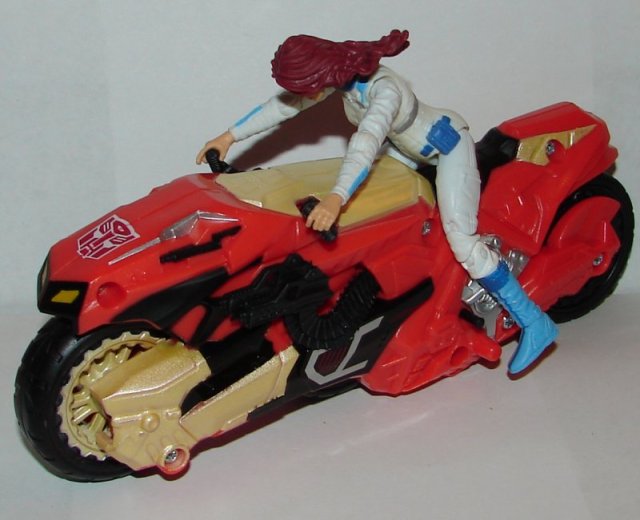 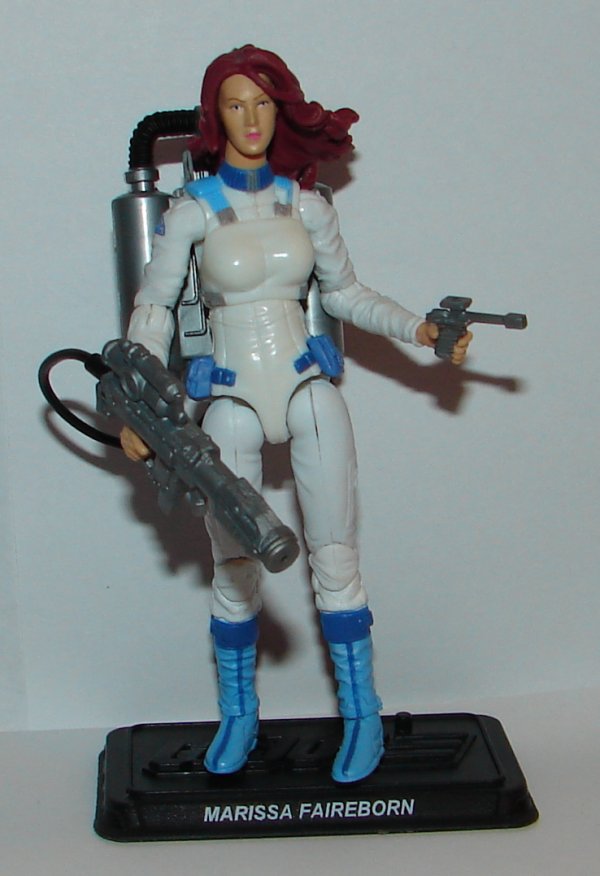 As to the toys, let’s start with Afterbreaker.  He is meant to be Afterburner, which Hasbro must not have the trademark to.  The motorcycle is the dumbest thing I’ve ever seen.  It has three wheels so that it can launch one like a missile.  What idiot decided that made sense?  It doesn’t even come with instructions on how to fire the stupid missile, and it is not at all intuitive.  I had to find a YouTube video to figure it out.

If you look at Afterbreaker right in front of her boot above there is a black peg.  The original figure that came with this had holes in his feet or lower legs and these pegs were used to secure him onto the vehicle.  That’s actually a pretty neat feature, but they failed to include the holes on her legs.  So, she is only held on by her hands on the controls and legs on the bike.  Unfortunately her leg joints are so loose, that it’s really only her hands which don’t hold on worth a damn.

As a huge fan of the Technobots it offends me to see one of them associated with this piece of crap.  They didn’t even bother give him a bio on the card back.

As to the figure, it’s a nice looking figure that to my recollection looks like Marissa Faireborne.  I hate the windblown hair.  It’s fine on the bike, but not on the bike it looks stupid, like she has her own personal fan to keep her hair flowing in the breeze.  The biggest problem with this is that her hair gets in the way of putting on her jetpack accessory.  Her small gun also barley stays in her hand because she’s molded out of incredibly cheap plastic.

To sum up, The Marissa Faireborn figure is not awful, just flawed in design, and flawed in the decision to release it at all.  Afterbreaker is a piece of garbage.  I’m glad they couldn’t use his real name.  There HAD to be a better choice.  How about the Road Retaliator as Afterburner or the Firebat or Sky Sweeper Jet as Scattershot or Strafe or a Lava Pod as Nosecone?  I don’t know if any of those were available or not.  What I do no is what the best option was.  No vehicle at all.  Just make the damn figures.

Now, on to the other disaster. 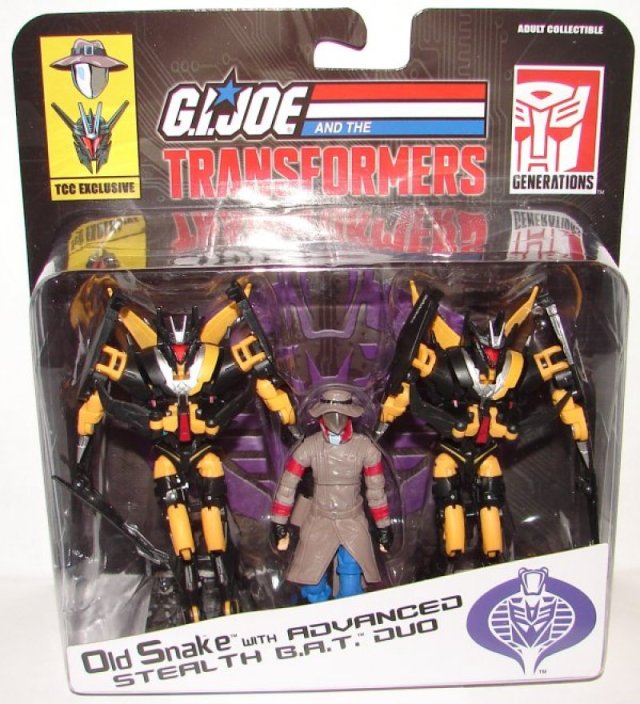 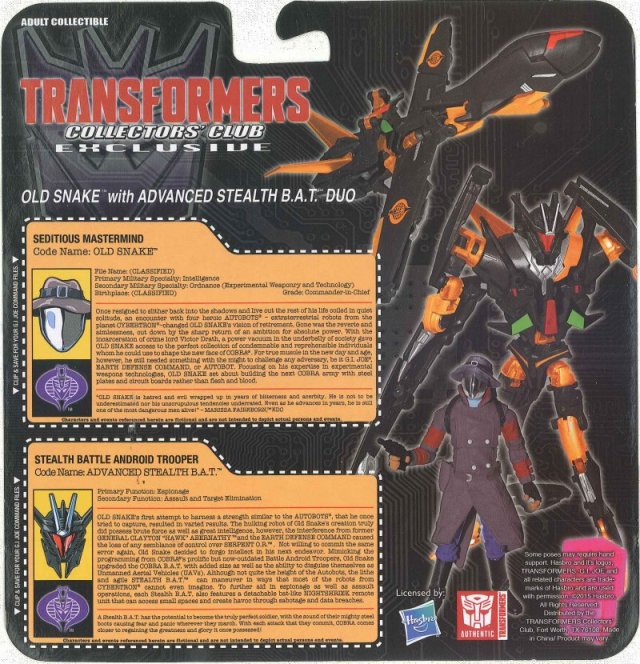 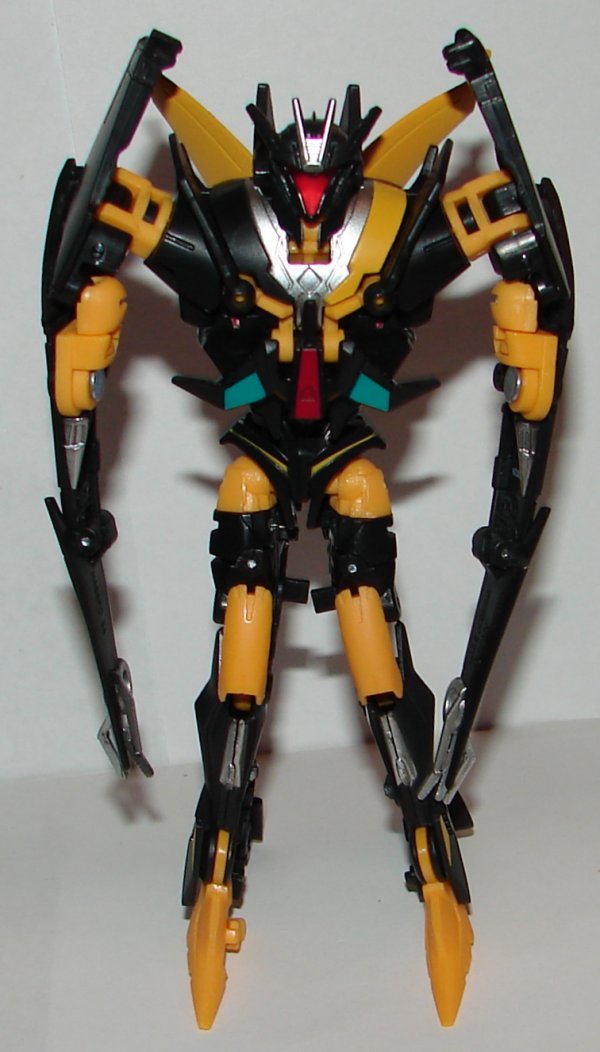 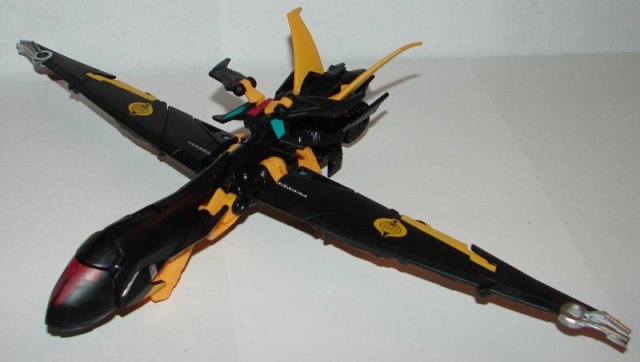 The B.A.T. is repainted from one of the worst toys of the past ten years.  Maybe one of the worst Transformers molds of all time.  It’s an awful toy in a cool paint job.  That still makes it awful.  They didn’t even include his awful weapon.  What is he supposed to do?  Look menacingly at an enemy?  His parts are such cheap plastic they don’t even stay together in vehicle mode.  I have literally never got this mold fully into vehicle mode.  The entire front of the jet halves don’t stay together.  It’s an awful piece of crap and we got shafted for two of the crappy things.  Bad enough to have to buy one.

And then there is Old Snake.  It was at this point opening and examining these toys, that I got really, really angry.

This is Old Snake. 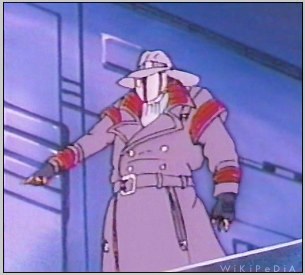 I don’t know who the hell this piece of crap is supposed to be. 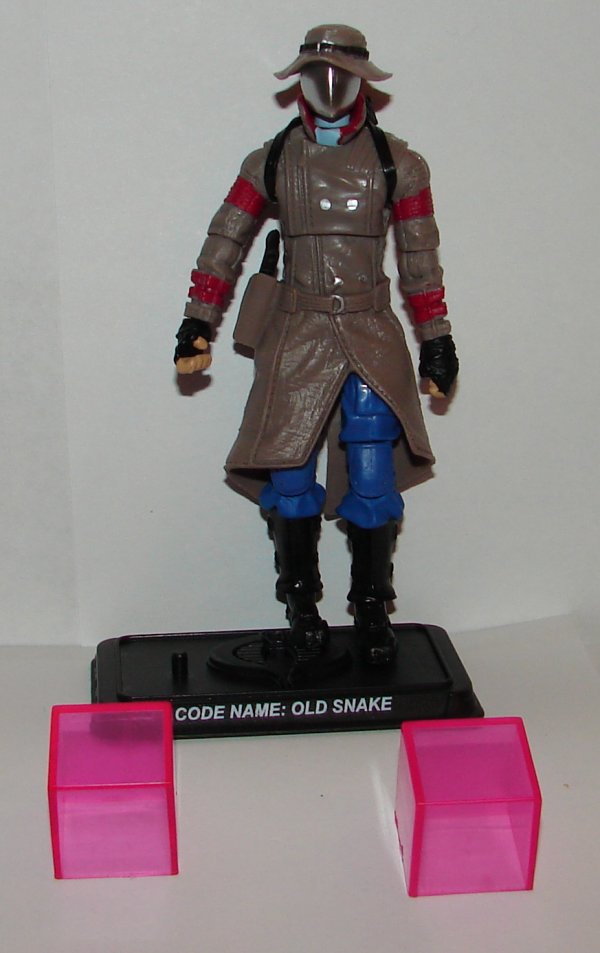 First off, his coat is supposed to be a gray-blue or slate gray.  It is not supposed to be light brown.  Now, I could forgive that the trench coat style does not match exactly the animation if it were at least the right fucking color.  Points for painting the silver buttons on, but points away because that means someone actually watched the episode and thought this toy represented what they were seeing.  At least if I thought that someone did it from memory, it would explain how it could be so bad.  They put the red stripes on his arms and collar, and his gloves with no fingers.  Those and the buttons are about all that is right.

And then there is the fucking hat.

Does that hat on the toy look even vaguely like the hat in the animation?  It’s not even close.  What’s worse, it looks like he’s wearing a fishing hat.  A damn fishing hat!  Even in his old age, I don’t see Cobra Commander doing much fishing!  Again, if it were at least the right color, I could forgive this to some degree, but all they got right is a few paint apps.  Everything else is wrong.  It’s not even close.

I am used to spending a lot of money on stuff from Fun Pub and being horribly disappointed by it (see most all of my Botcon 2015 blogs, coming soon) but I was so looking forward to the Old Snake figure it much more than disappointing.  I was so angry I sent a 1,149 character text message to my friends ranting about how pissed I was.  I often get angry about toys, but this was epically angry, even for me.  I believe my favorite part of it was when I said, “I wish the big bang never happened because these toys prove there is no hope for mankind!”  Yeah, I know, a bit extreme over some toys, but I had just realized I would have gotten as much out of setting my money on fire as sending it to Fun Pub.

Anyway, to sum up, these are overpriced crap.  There was no reason to double the price by including two B.A.T.’s.  The vehicle choice for Afterbreaker was terrible.  They didn’t think ahead about the use of accessories on Marissa with her hair.  They didn’t even bother to make Old Snake’s coat the right color.

I could mostly forgive the other things wrong with Old Snake, if they had just got the color right.  That’s a really low bar, but as usual, Fun Pub manages to come in under it.  And my guess is, that if asked, Fun Pub’s response for how the color of Old Snake’s coat is wrong will be that it’s Hasbro’s fault.  Either that, or something like this:

And lastly, apparently, Fun Pub’s next action figure offering will be human figures of Rodimus and Arcee from the season three episode Only Human.  I think I may throw up.

I’m 36 years old, and I work in network tech support for a public school system. I am a huge fan of Star Trek, Transformers, Harry Potter, and Marvel Comics as well as numerous other fandoms. I’m a big sports fan, especially the Boston Red Sox and the New England Patriots. I collect toys (mostly Transformers but other stuff too), comic books, and Red Sox baseball cards. I watch an obscene amount of television and love going to the movies. I am hopelessly addicted to Wizard Rock and I write Harry Potter Fanfiction, though these days I am working on a couple of different original YA novels.
View all posts by lmb3 →
This entry was posted in Toy Reviews, Toys, Transformers and tagged Afterbreaker, Afterburner, B.A.T., Battle Android Trooper, Botcon, Botcon 2015, Cobra Commander, G.I. Joe, GI Joe, Marissa Faireborn, Old Snake, Only Human, Steaming Pile of Dung, Toys, Transformers, Transformers Collectors’ Club. Bookmark the permalink.