Thanks to Takara we finally have a real Stinger toy, as pathetic as it is.  Please read my review of Age of Extinction Deluxe Bumblebee.  I’m only going to talk about the new paint job. 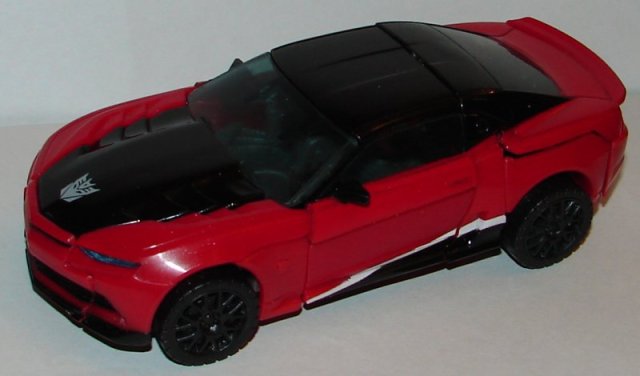 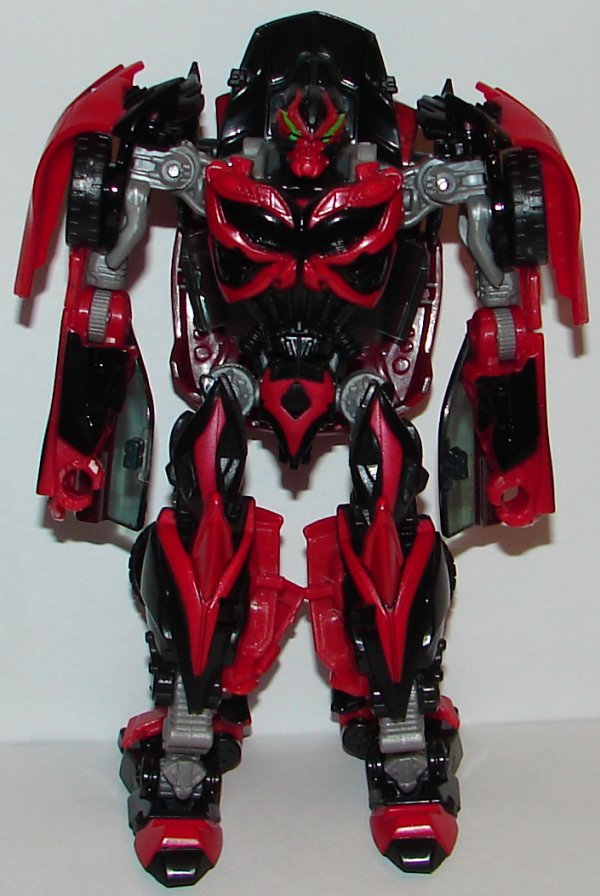 Well, I guess it’s better than nothing.  Hasbro and Takara in their infinite stupidity decided not to make a new mold toy for one of only three villains in the movie.  There was Lockdown, Galvatron, and Stinger.  That’s it.  How can you not make a toy (accept for a crappy One Step Changer and some Legion repaints) of one of the three principal villains?  The level of incompetence necessary to do this is almost unimaginable.  It makes no sense.  Even this one is just a repaint of Bumblebee.  They could have at least given him a new head sculpt.  Hasbro did such a piss poor job on the Age Of Extinction line that the people responsible should be fired (more on that in a future blog).  It would have been so much easier to just make Stinger a Camaro in the movie and then all this could have been avoided.

The toy looks pretty good, and it is a really great mold.  He’s got lots of paint details in robot mode, and the black hood and roof look better than I thought they would.  It just doesn’t look anything like Stinger’s vehicle mode, and at the end of the day that’s the biggest problem with it.

I’m 36 years old, and I work in network tech support for a public school system. I am a huge fan of Star Trek, Transformers, Harry Potter, and Marvel Comics as well as numerous other fandoms. I’m a big sports fan, especially the Boston Red Sox and the New England Patriots. I collect toys (mostly Transformers but other stuff too), comic books, and Red Sox baseball cards. I watch an obscene amount of television and love going to the movies. I am hopelessly addicted to Wizard Rock and I write Harry Potter Fanfiction, though these days I am working on a couple of different original YA novels.
View all posts by lmb3 →
This entry was posted in Toy Reviews, Toys, Transformers and tagged Age of Extinction, AOE, Bumblebee, Stinger, Toys, Transformers, Transformers: Age of Extinction. Bookmark the permalink.