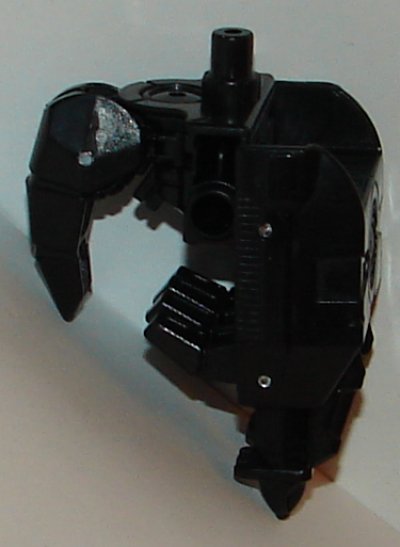 Each Deluxe Combiner Limb comes with an accessory that can turn into a foot or hand for the combiner.  In the picture, the thumb is in the center position, but can be turned either direction to form a left or right fist.  A very cool bit of engineering, but unfortunately, this part is really not good for anything else as most Deluxe toys have no way to use them as a weapon that does not look stupid.

Vehicle Mode: Amazing.  Absolutely amazing.  Skydive is perfect.  Okay, yeah, it would have been nice if there were a place to put his forearms, but honestly, the reason the G1 Aerialbot limbs arms folded up so well, was the hollow space on the side of the vehicle.  Everything else about the vehicle is so good, it would have only hurt it to find a way to hide his forearms, which really aren’t so terribly noticeable. 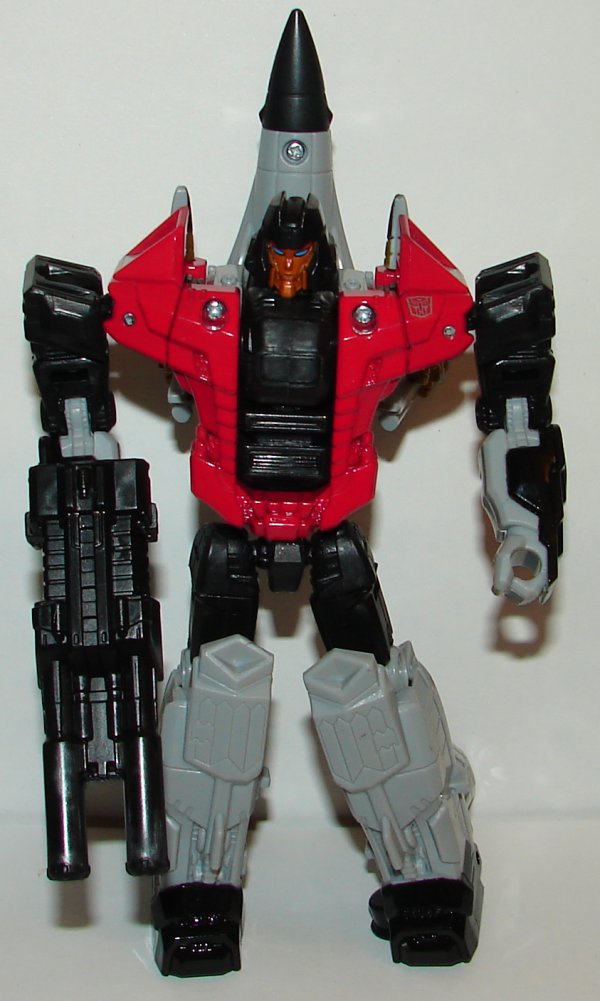 Robot Mode: His head sculpt is awesome.  Skydive looks great.  He could have used a few paint apps in robot mode, maybe on his legs.  He just looks a bit plane…err…plain.  🙂  Still, he is so perfectly G1, that hardly matters.

I’m 36 years old, and I work in network tech support for a public school system. I am a huge fan of Star Trek, Transformers, Harry Potter, and Marvel Comics as well as numerous other fandoms. I’m a big sports fan, especially the Boston Red Sox and the New England Patriots. I collect toys (mostly Transformers but other stuff too), comic books, and Red Sox baseball cards. I watch an obscene amount of television and love going to the movies. I am hopelessly addicted to Wizard Rock and I write Harry Potter Fanfiction, though these days I am working on a couple of different original YA novels.
View all posts by lmb3 →
This entry was posted in Toy Reviews, Toys, Transformers and tagged Aerialbots, Combiner Wars, Generations, Skydive, Toys, Transformers, Transformers Generations. Bookmark the permalink.