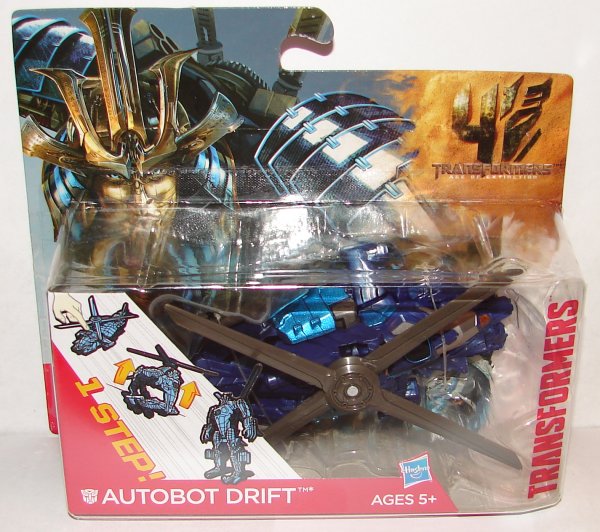 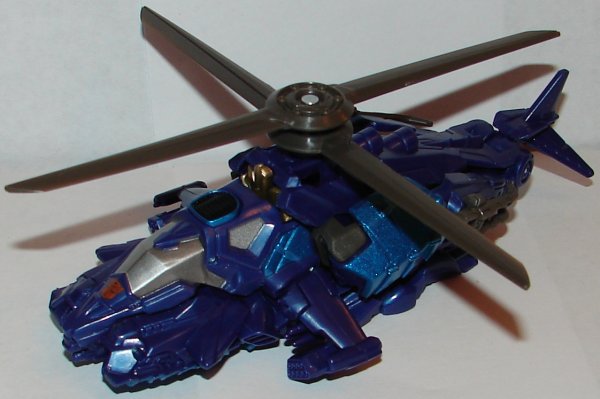 Drift’s helicopter mode is awesome.  They did a great job on it, lots of nice molded detail, and a great overall design.  His robot mode has the same problem as most helicopter Transformers.  His rotors don’t fold and just sit on his back.  I understand what they were going for.  They wanted the blades to resemble his swords sheathed on his back, but they are just two long for it to look right. 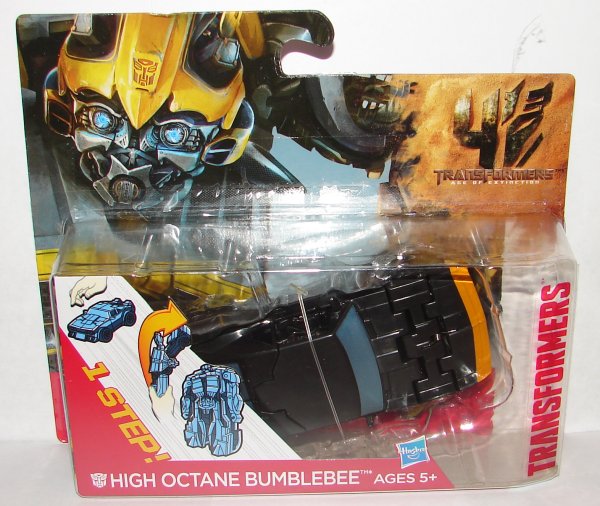 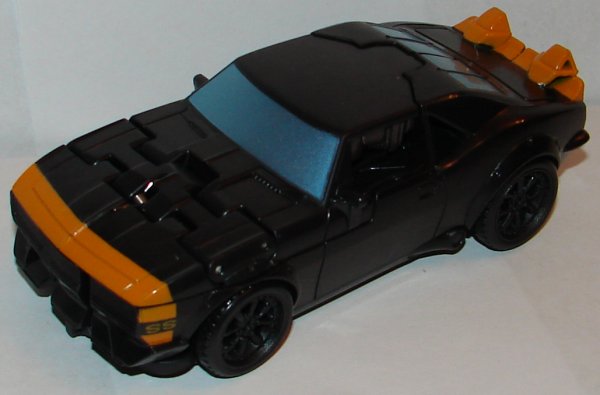 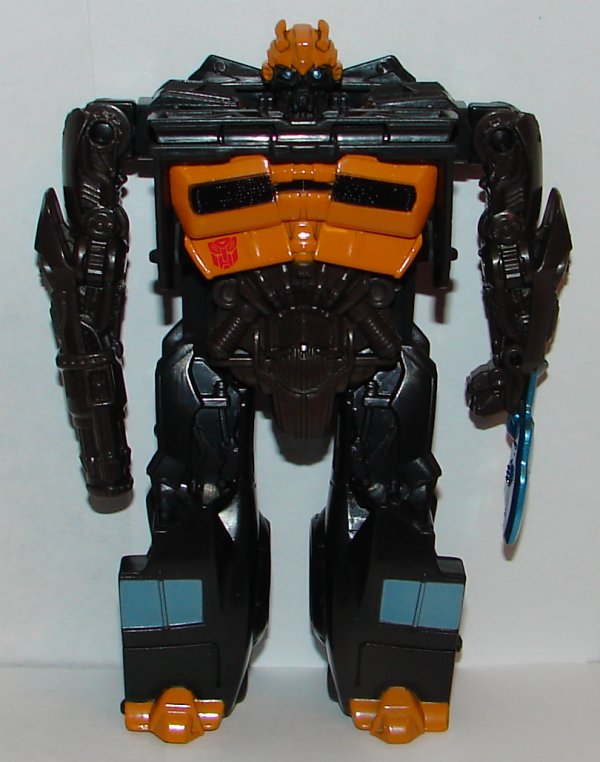 High Octane Bumblebee uses the same design as One Step Changer Drift (Car).  He looks really cool, and I really like this design.  They should have used this design for a lot more of these toys. 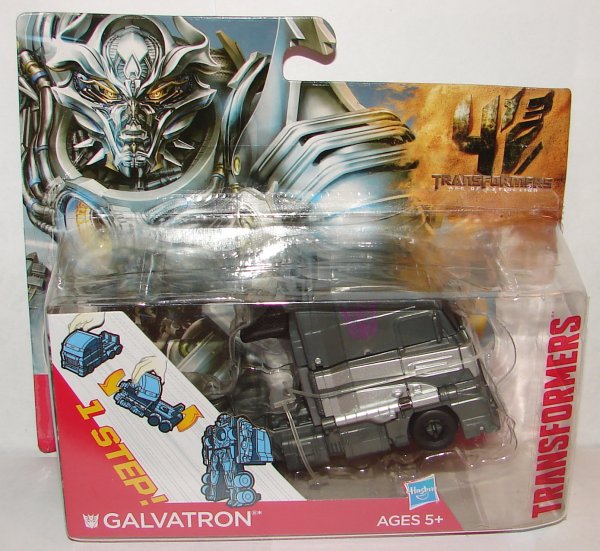 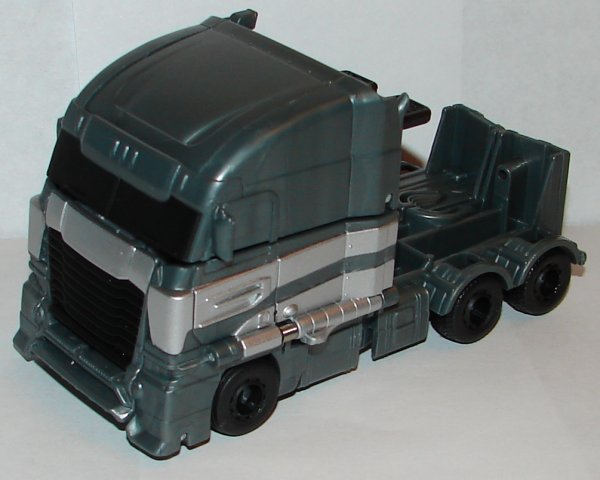 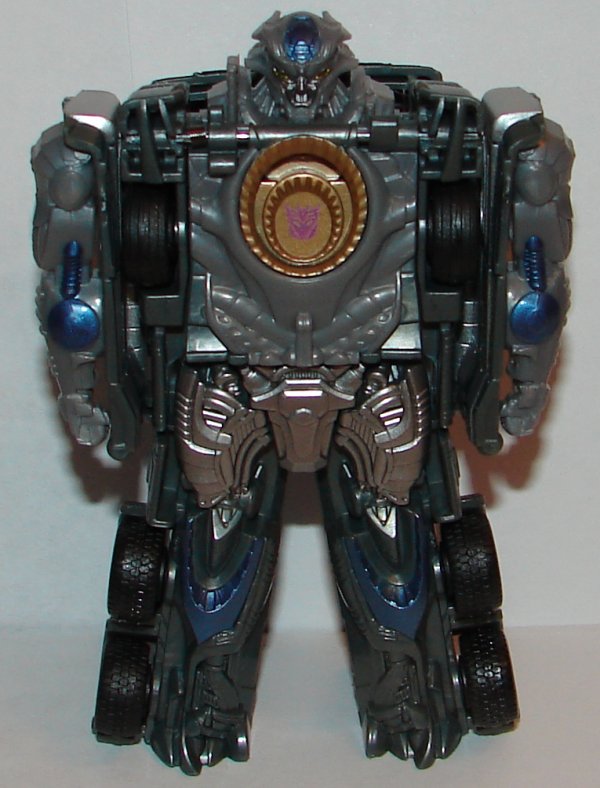 Galvatron is my favorite of the wave.  He’s really blocky in robot mode, but that’s not a big deal to me.  He has a great head sculpt and doesn’t have a hole in his chest.  His truck mode is fantastic. 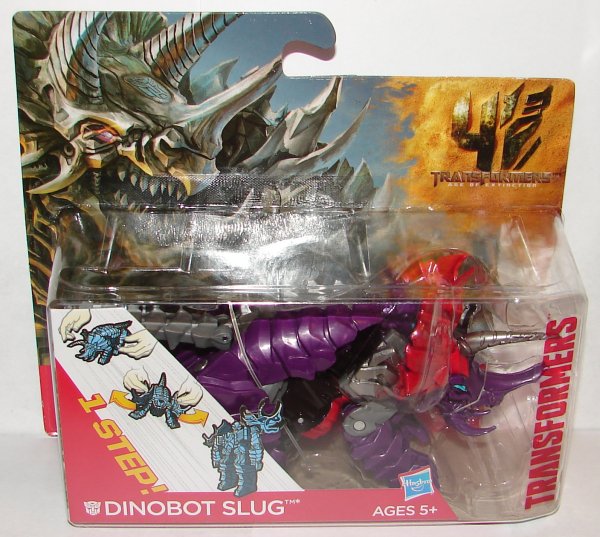 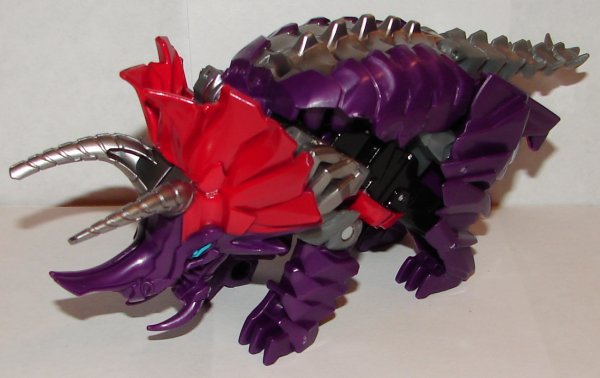 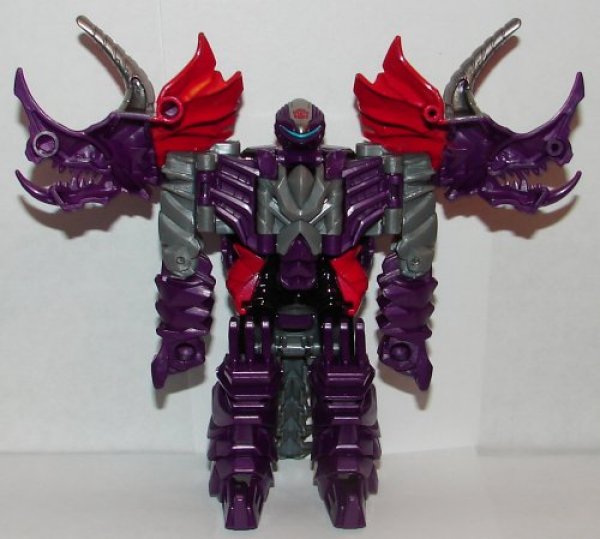 I previously reviewed Slug as part of the Target Exclusive One Step Changer Silver Knight 6-Pack. 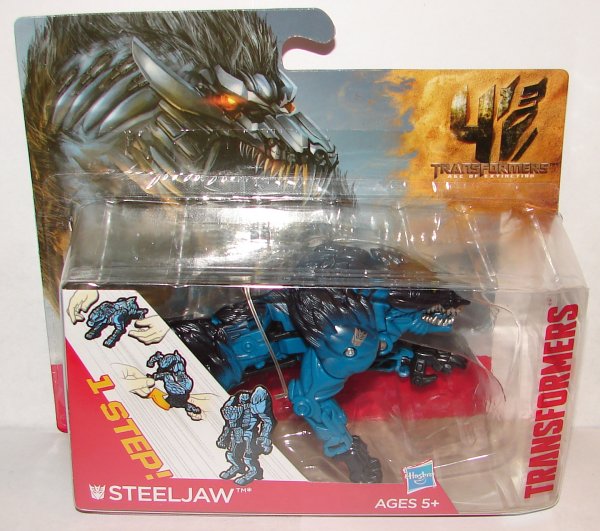 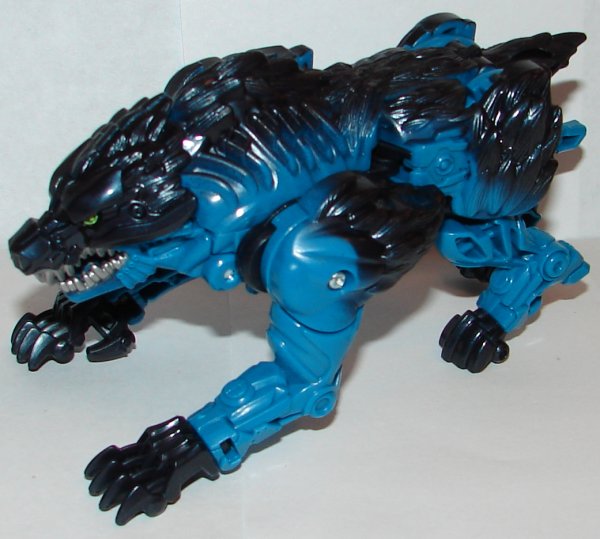 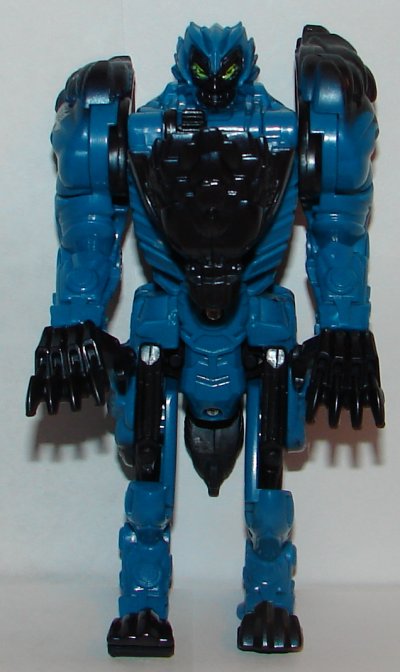 Steeljaw looks okay in both modes, but he would look better in the movie colors.  There is a Steeljaw coming in Robots in Disguise, a truck that turns into a wolf like humanoid robot.  I kind of think this was there way of getting the character out there before RID toys come out next year.

Overall:  Not a bad wave overall.  I really like Bumblebee and Galvatron.  Drift has a great vehicle mode.  Steeljaw and Slug are just okay.

I’m 36 years old, and I work in network tech support for a public school system. I am a huge fan of Star Trek, Transformers, Harry Potter, and Marvel Comics as well as numerous other fandoms. I’m a big sports fan, especially the Boston Red Sox and the New England Patriots. I collect toys (mostly Transformers but other stuff too), comic books, and Red Sox baseball cards. I watch an obscene amount of television and love going to the movies. I am hopelessly addicted to Wizard Rock and I write Harry Potter Fanfiction, though these days I am working on a couple of different original YA novels.
View all posts by lmb3 →
This entry was posted in Toy Reviews, Toys, Transformers and tagged Age of Extinction, AOE, Bumblebee, Drift, Drift Helicopter, Galvatron, Grimlock, Helicopter Drift, High Octane Bumblebee, One Step Changer, One Step Changers, Slug, Steeljaw, Toys, Transformers, Transformers: Age of Extinction. Bookmark the permalink.