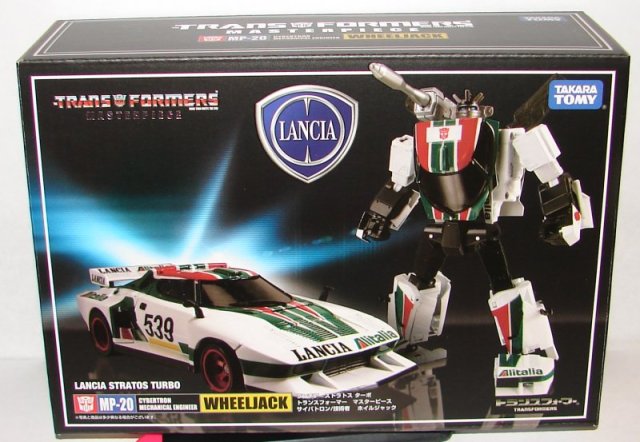 As with previous Masterpiece releases, Wheeljack has a coin available.  The holder is meant to look like his hood, or maybe his roof.  It’s hard to tell. 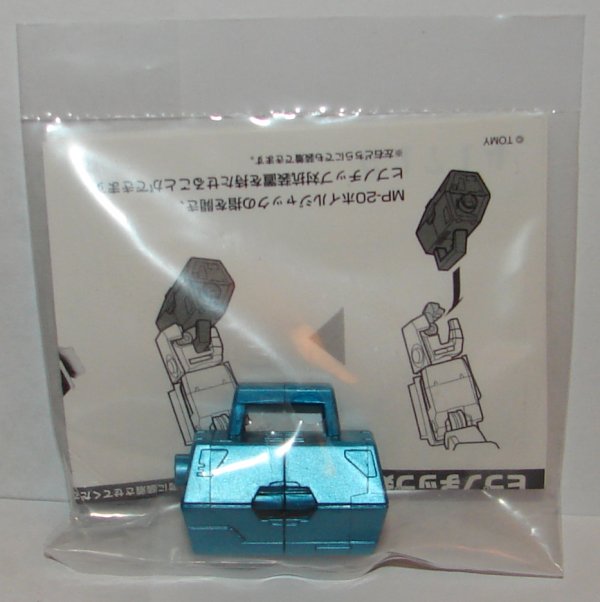 He also came with an add on part, the anti hypnosis device.  Can’t recall which episode this was from.  It’s just a plastic box with a handle.

This was odd.  Two of these came in the package.  Took me a couple minutes (and a look through the instructions) to figure out that these were his side mirrors.  They included two sets.  Each end is a mirror connected by a tree like model parts.  I love that they are not rubber as many mirrors have been in the past, but I’m not crazy about them not being pre installed and glued in place.  Not the end of the world though. 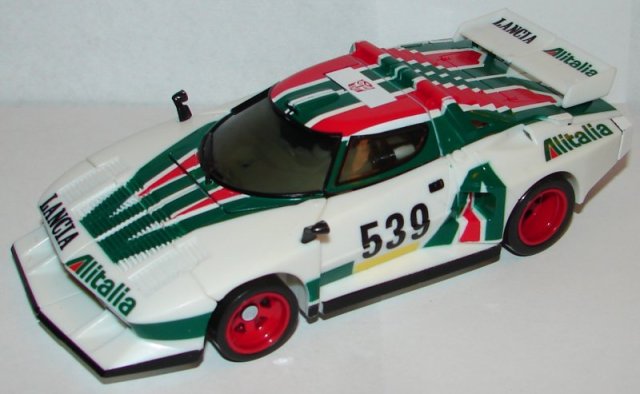 Vehicle Mode: In vehicle mode Wheeljack looks nothing short of spectacular.  They did not skimp on his paint apps.  He’s definitely the best Masterpiece car so far (though we still don’t have Bumblebee).  Really nicely painted.  His shoulder gun mounts on his roof, but unlike some previous Masterpiece toys like Sideswipe, you do not need to flip up a port for his weapon, which usually required partially transforming him.  There is a spring loaded piece just like the ports on Dark of the Moon toys that had plates that covered the ports from underneath.  Very cool.

Robot Mode: In robot mode he could not be more perfect.  His head sculpt is fantastic.  His cannon can be set at an angle like it was in the television show.  I am a little disappointed that he did not come with the dual black launchers like the G1 toy, but those will be included with the remold of Wheeljack, Exhaust, that is coming out.

Overall: Do you even have to ask?  This one is a must.

I’m 36 years old, and I work in network tech support for a public school system. I am a huge fan of Star Trek, Transformers, Harry Potter, and Marvel Comics as well as numerous other fandoms. I’m a big sports fan, especially the Boston Red Sox and the New England Patriots. I collect toys (mostly Transformers but other stuff too), comic books, and Red Sox baseball cards. I watch an obscene amount of television and love going to the movies. I am hopelessly addicted to Wizard Rock and I write Harry Potter Fanfiction, though these days I am working on a couple of different original YA novels.
View all posts by lmb3 →
This entry was posted in Toy Reviews, Toys, Transformers and tagged Masterpiece, Masterpiece Wheeljack, MP-20, Toys, Transformers, Transformers Masterpiece, Wheeljack. Bookmark the permalink.