This set is part of the Thrilling Thirty.  Who gives a shit?  Yes, I will be complaining about this until the last toy in this series has been released, and then on until the end of time. 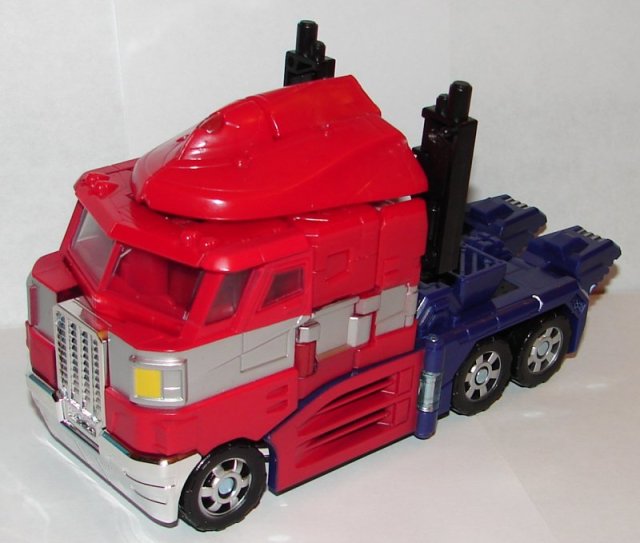 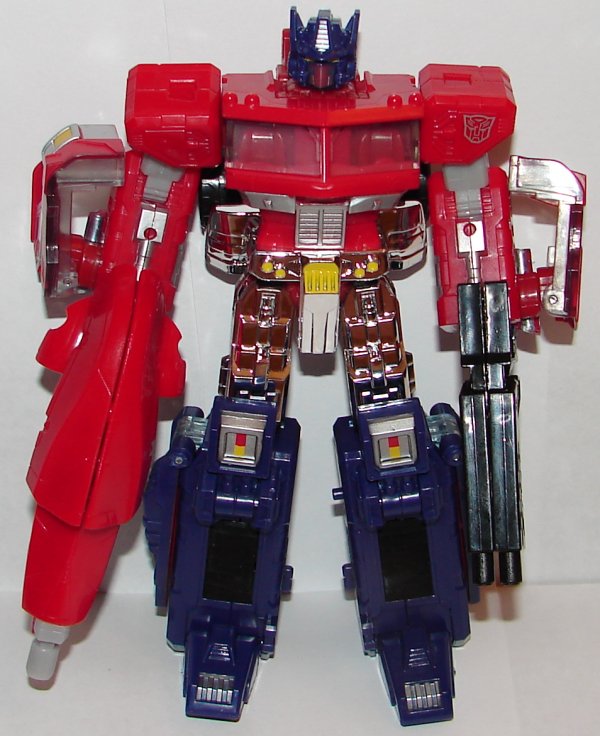 This mold does look beautiful with the silver chrome.  This is one of the best molds from the past ten years, maybe of all time.  It is better than the new Voyager Optimus Prime coming out next year.

I was kind of disappointed that this was not chromed, but it looks really great.  Kind of nice that they finally gave this one a paint job that makes it look like a movie Optimus Prime.

Overall: It’s Optimus Prime, this one is a must have, though Toys R Us, as they often do, has raised the price.  When the Grimlock Evolution set I believe it was $39.99.  No they are both $44.99.  Toys R Us has done this a lot in recent years, releasing a toy and then upping the price.  They’ve done this on Masterpiece toys on multiple occasions.  It really sucks.

I’m 36 years old, and I work in network tech support for a public school system. I am a huge fan of Star Trek, Transformers, Harry Potter, and Marvel Comics as well as numerous other fandoms. I’m a big sports fan, especially the Boston Red Sox and the New England Patriots. I collect toys (mostly Transformers but other stuff too), comic books, and Red Sox baseball cards. I watch an obscene amount of television and love going to the movies. I am hopelessly addicted to Wizard Rock and I write Harry Potter Fanfiction, though these days I am working on a couple of different original YA novels.
View all posts by lmb3 →
This entry was posted in Toy Reviews, Toys, Transformers and tagged Age of Extinction, AOE, Classics, Evasion Mode, Evolution, G1, Optimus Prime, Toys, Transformers, Transformers: Age of Extinction, Voyager. Bookmark the permalink.