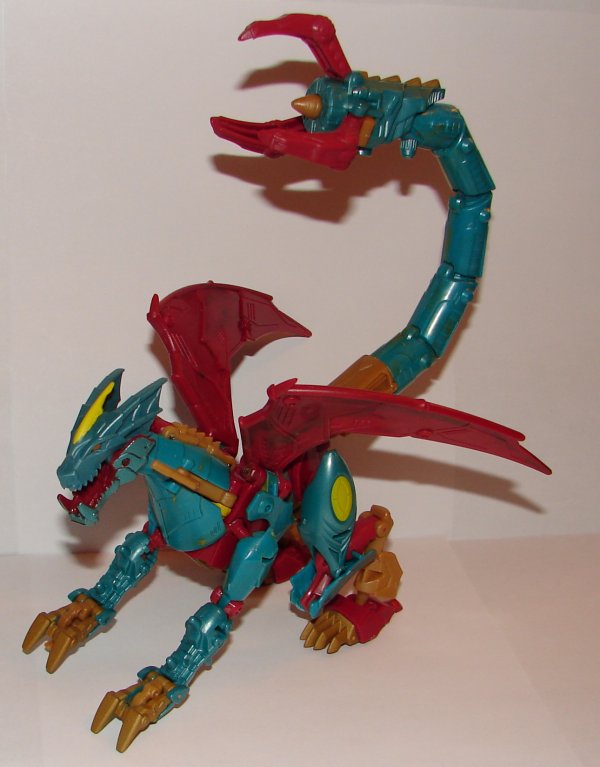 Beast Mode: Ripclaw’s beast mode is fantastic.  I love the red and dark teal/green color.  You’ll note the way his tail stays up like that.  It contains a rubbery cord that runs though it.  If you pull up on the brown plastic piece where his tail connects to his body, it loses tension and won’t stay up.  (There is a joke here, but I’m going to leave it alone.)  Once limp (still not going there) it can be easily swung back and forth like a weapon.  This is a really nice feature, though I worry that the tail may lose it’s elasticity over time.  The claw at the end of his tail can be closed by pressing the spike in the middle, allowing you to stab the claw at something and have it close around it.  Very cool. 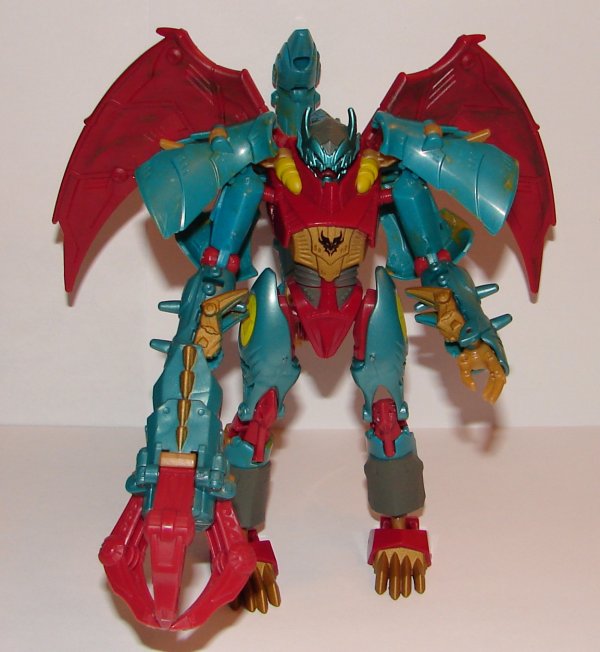 Robot Mode: As you may recall if you read my review of Lazerback, I was not  fan of his robot mode.  Ripclaw has a much better robot mode.  I love his head sculpt.  It’s sort of squashed low to his body making him look sinister.  He can hold his tail-claw as a weapon.  He’s definitely my favorite beast so far in the Beast Hunters line.