Box:  The boxes for the Voyager toys are the same shape as the US versions, though this one is quite a bit larger.  All the text and pictures are changed from the U.S. version. 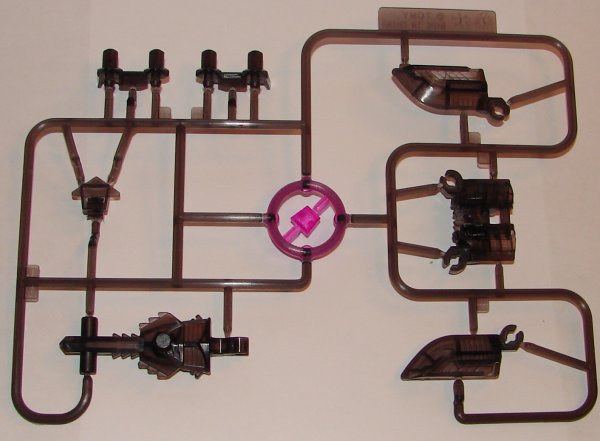 Weapon Mode: Shadow Gabu is a pickaxe in weapon mode.  At least I think his is.  I can’t imagine what else he is supposed to be. 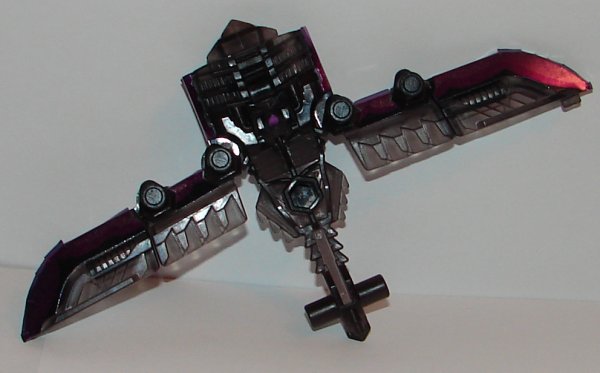 Robot Mode: He’s a crab, and I’m not referring to his level of irritability.  He seems to be either a hermit crab or maybe a horseshoe crab.  This is not the best animal mode.

Kit: See above for details on the kit.

Weapon Mode: Shadow Baru is a hatchet, though I like the original version better in brown with silver stickers. 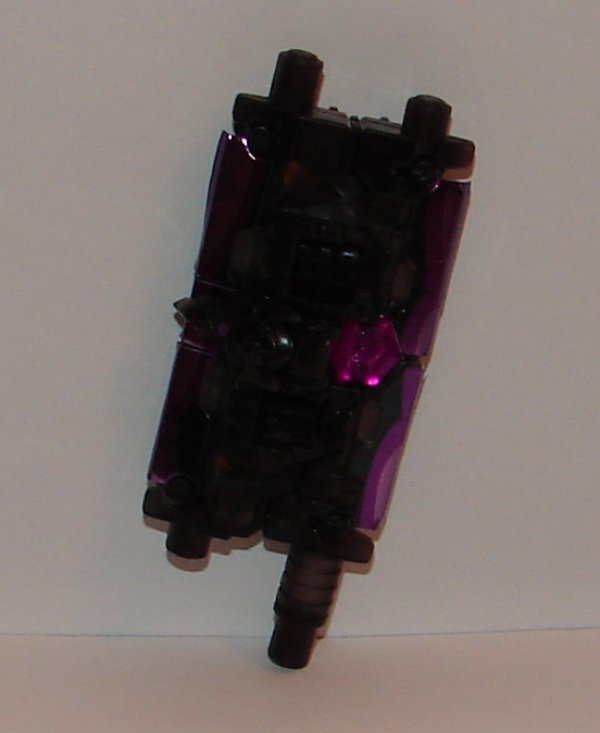 Robot Mode: I’m not sure what kind of bird Shadow Baru is supposed to be.  It’s not as nice as Gul, but still decent.  It would have been nice if he didn’t have the weapon handle protruding out from his wing, but it’s not too bad. 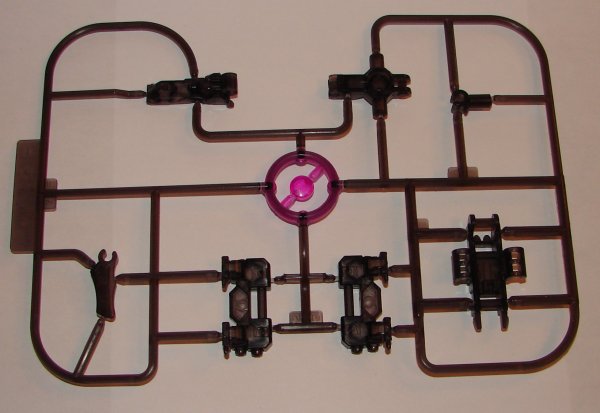 Kit:  See above for details on the kit.

Weapon Mode: Shadow Dai’s Cannon mode is nice, but it seems hard to get a figure to hold due to the stock.  I think they should have made the tail the barrel and have it be a more traditional looking gun.  Not bad though.

Robot Mode: Shadow Dai’s crocodile (or alligator) mode is really nice, and definitely one of my favorite animal modes in the line.

Weapon Mode: Overall, I’m not crazy about the translucent black color scheme on the Shadow Gabu, Shadow Baru, and Shadow Dai, but they really work well on the Dark Energon Saber.  I wish the blade stickers were a lighter purple.  This is my favorite combined sword in the line, it looks really great. 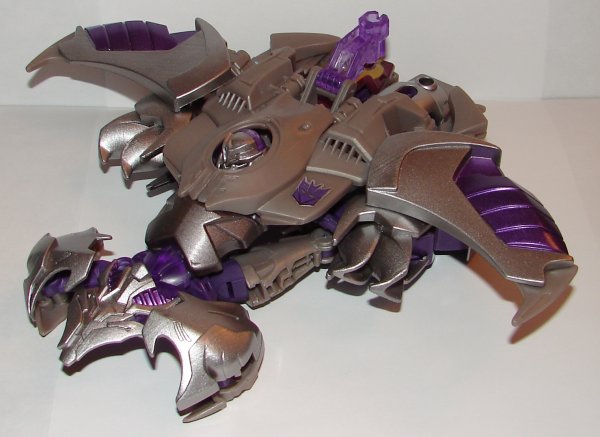 Vehicle Mode: I’ve never been a huge fan of Voyager Megatron’s vehicle mode, but I must admit that in metallic silver and metallic purple it looks absolutely awesome.  Darkness Megatron was a big disappointment in that he was mostly black with just a little bit of chrome.  While the silver is not chrome, the metallic finish does look excellent.

Robot Mode: Megatron looks amazing in robot mode.  His sword can be stored on his back or held in his hand.  His right arm is painted a different color.  This is a reference to the cartoon.

There is a minor mold change from the USA version.  I failed to notice it when I reviews Darkness Megatron, but his thumbs are turned more inward to help him hold weapons.

I’m 36 years old, and I work in network tech support for a public school system. I am a huge fan of Star Trek, Transformers, Harry Potter, and Marvel Comics as well as numerous other fandoms. I’m a big sports fan, especially the Boston Red Sox and the New England Patriots. I collect toys (mostly Transformers but other stuff too), comic books, and Red Sox baseball cards. I watch an obscene amount of television and love going to the movies. I am hopelessly addicted to Wizard Rock and I write Harry Potter Fanfiction, though these days I am working on a couple of different original YA novels.
View all posts by lmb3 →
This entry was posted in Toy Reviews, Toys, Transformers and tagged Arms Micron, Final Battle, Final Battle Megatron, Megatron, Toys, Transformers, Transformers: Prime. Bookmark the permalink.