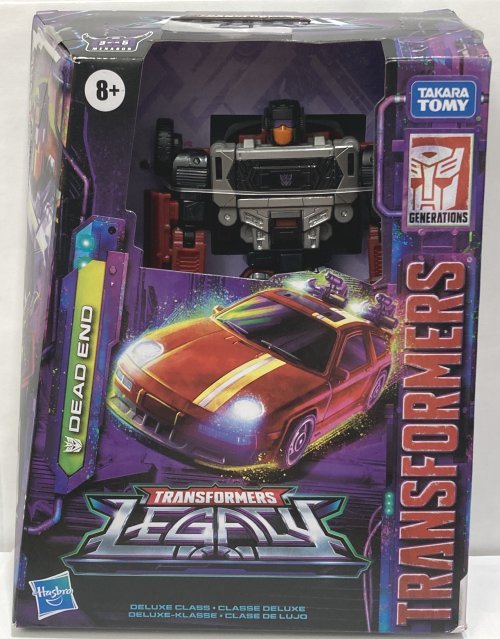 Vehicle Mode: For reasons I will never fathom, Dead End is supposed to be based on his cartoon look, but has his toy mode yellow stripe. He looks fantastic, but I don’t understand why when they are being slaves to the animation, they would go out of their way to make him less accurate. 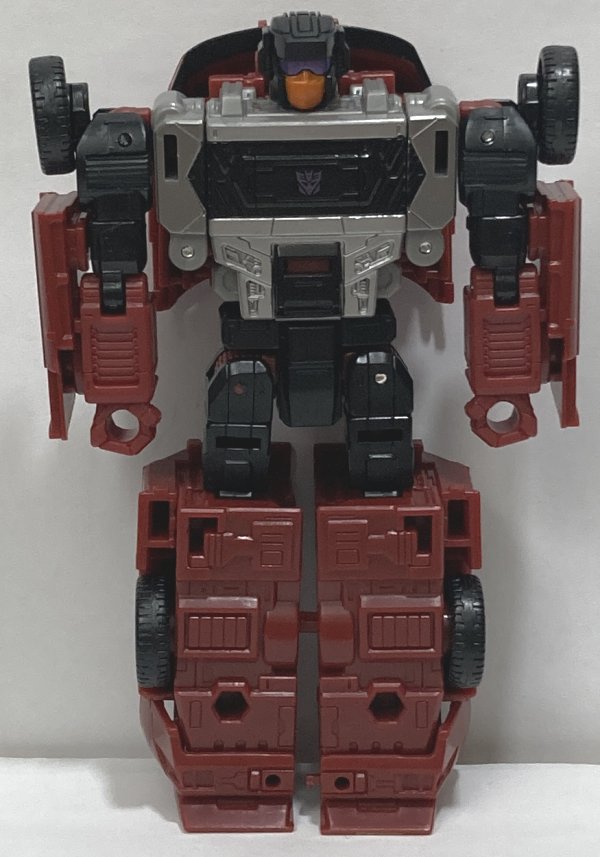 Robot Mode: In robot mode he looks great. I love the dual purple and black guns. He’s got a great head sculpt.

Overall: Dead End is a must have.