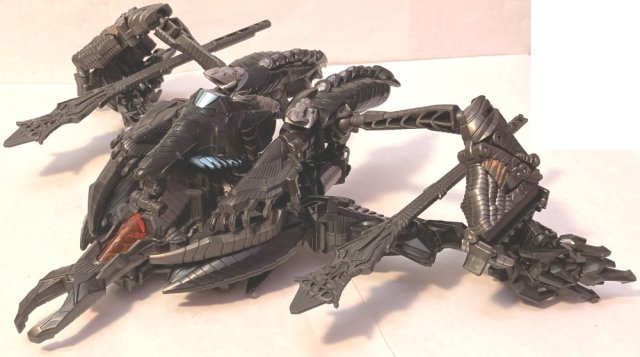 Vehicle Mode: It makes me throw up in my mouth just to look at him. The overall vehicle design does not suck, but the engineering is abysmal. None of his parts stay plugged in, the pegs are completely insufficient to hold him together. Trying to get the two bars connected from the ball joint on his fuselage out to his wings is impossible. You tab in his legs, and they come out while trying to attach the bars, and the bar is a ball join on one end and a hinge on the other. It is impossible to line it up correctly. He’s not correct in the photo, because I gave up. He needed to have all his joints ratchet so they would stay in place, and the pegs need to be capable of actually working to hold him together. 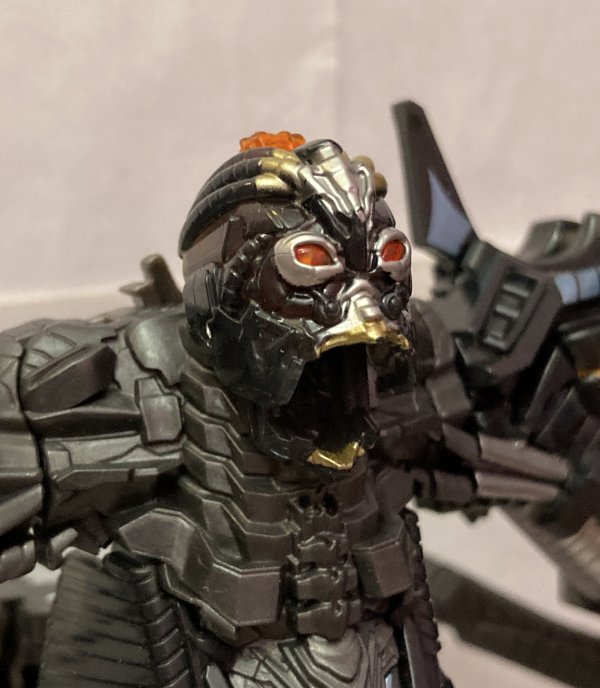 Robot Mode: In robot mode he looks fine. His helmet is removable to show his face beneath, and his mouth can open wide. Unfortunately, Optimus Prime can’t actually put his fist through his head and out his mouth.

Overall: There are vacuum cleaners that don’t such this much.

I’m 36 years old, and I work in network tech support for a public school system. I am a huge fan of Star Trek, Transformers, Harry Potter, and Marvel Comics as well as numerous other fandoms. I’m a big sports fan, especially the Boston Red Sox and the New England Patriots. I collect toys (mostly Transformers but other stuff too), comic books, and Red Sox baseball cards. I watch an obscene amount of television and love going to the movies. I am hopelessly addicted to Wizard Rock and I write Harry Potter Fanfiction, though these days I am working on a couple of different original YA novels.
View all posts by lmb3 →
This entry was posted in Toy Reviews, Toys, Transformers and tagged Fallen, Revenge of the Fallen, RotF, Studio Series, The Fallen, Toys, Transformers, Transformers Revenge of the Fallen, Transformers Studio Series, Transformers: ROTF. Bookmark the permalink.