The Sam figure previously included with other toys is included. Apparently this toy was originally meant to be for the Universal Studios parks, but since it has the Bumblebee movie logo on the box, it makes no sense. 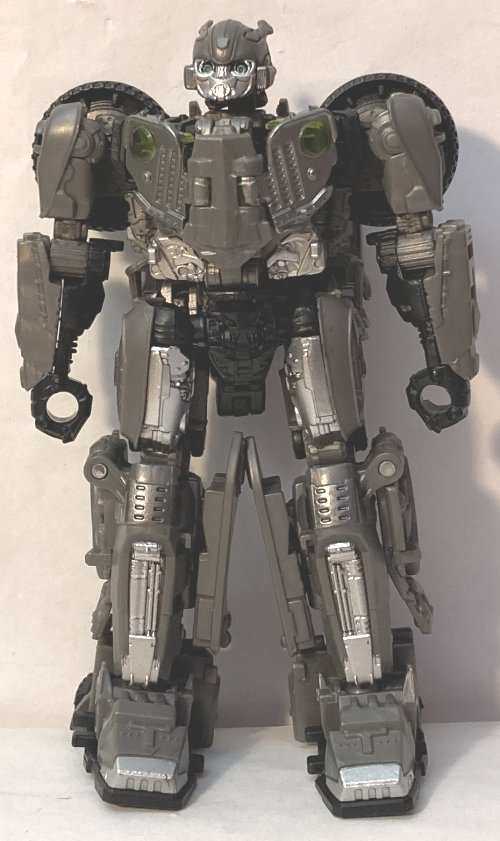 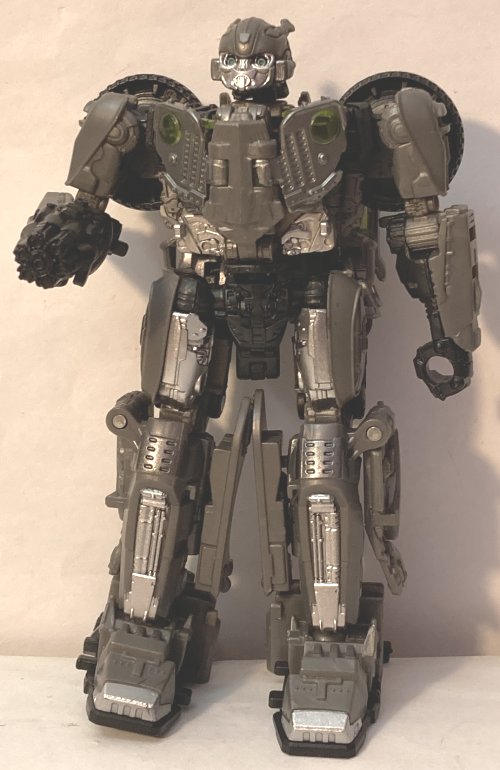 As I said, this Bumblebee was meant for the Universal Studios parks, and the color scheme has something to do with that. I don’t think it has anything to do with Bumblebee, but that just happens to be what the toy transforms into. He looks fine. He is mostly gray and gunmetal gray with some green.

Overall: Easy skip, for completists only. I know how Hasbro loves their crossovers. How about a crossover with M.A.S.H. Repainting this in green with the M.A.S.H. 4077 logo on it and other US Army markings. I would totally buy that. Maybe they could even come up with an ambulance and helicopter for a 3-pack.

I’m 36 years old, and I work in network tech support for a public school system. I am a huge fan of Star Trek, Transformers, Harry Potter, and Marvel Comics as well as numerous other fandoms. I’m a big sports fan, especially the Boston Red Sox and the New England Patriots. I collect toys (mostly Transformers but other stuff too), comic books, and Red Sox baseball cards. I watch an obscene amount of television and love going to the movies. I am hopelessly addicted to Wizard Rock and I write Harry Potter Fanfiction, though these days I am working on a couple of different original YA novels.
View all posts by lmb3 →
This entry was posted in Toy Reviews, Toys, Transformers and tagged Bumblebee, N.E.S.T. Bumblebee, Studio Series, Toys, Transformers, Transformers Bumblebee, Transformers Studio Series. Bookmark the permalink.