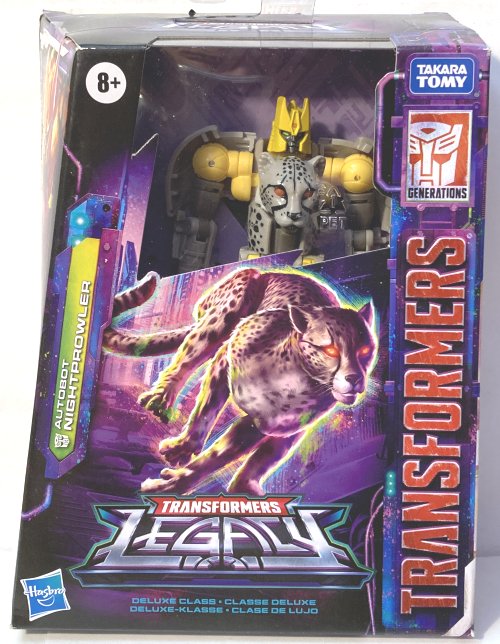 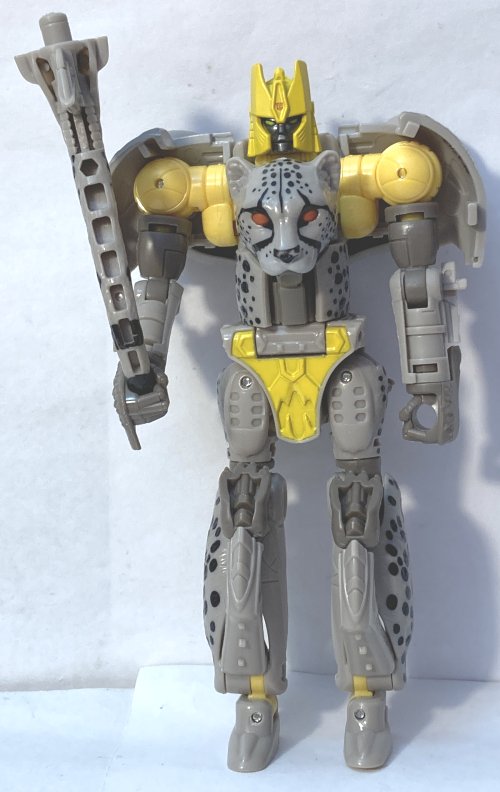 Nightprowler is based on an unreleased Beast Wars toy. He looks great, I love the spots. The original toy had yellow upper arms, so the yellow on his shoulders is more or less accurate. Kind of wish they had picked a darker shade of yellow, I think it would have looked better.