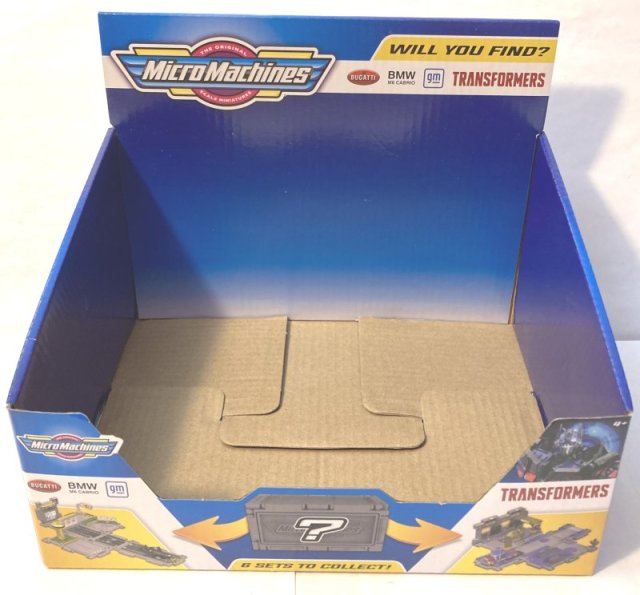 Jazwares has resurrected the Micro Machines brand under license from Hasbro. Good luck finding them in stores. I have now seen the Bumblebee Playset, and these Mystery Packs in limited quantities, but I still can’t find the 8-packs in store. Walmart does not even seem to carry the brand at all, I only see them at Target. 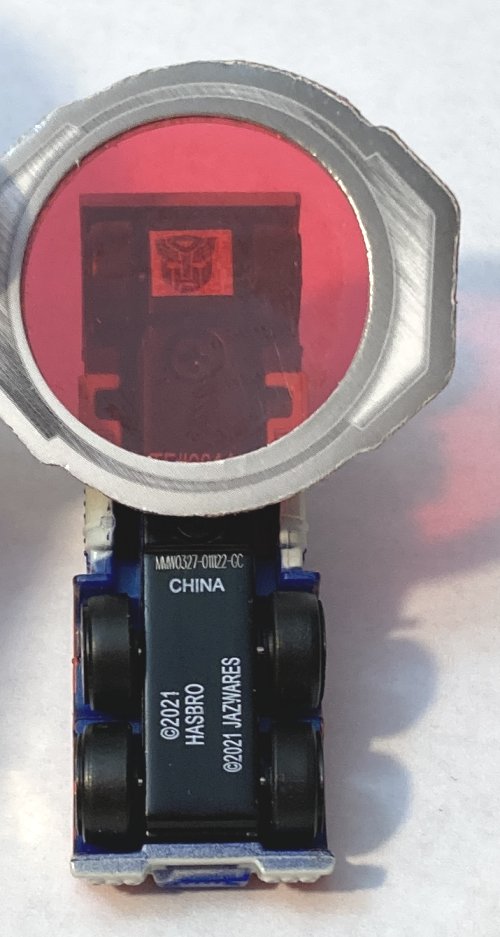 Each set comes with a decoder with an Autobot symbol on one side and a Decepticon symbol on the other. Each vehicle includes a decodable logo on the bottom of the vehicle. I would like it better if they had just done rub signs. For me this really adds nothing to the toys. 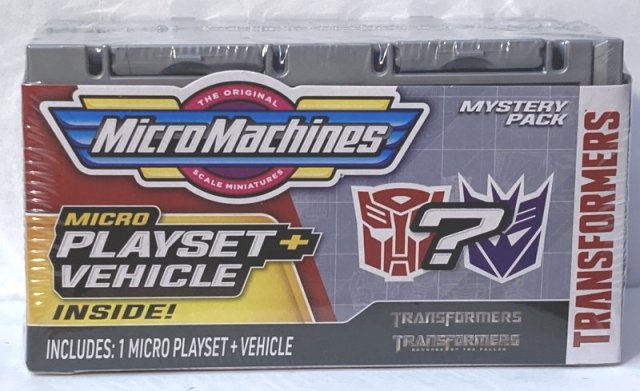 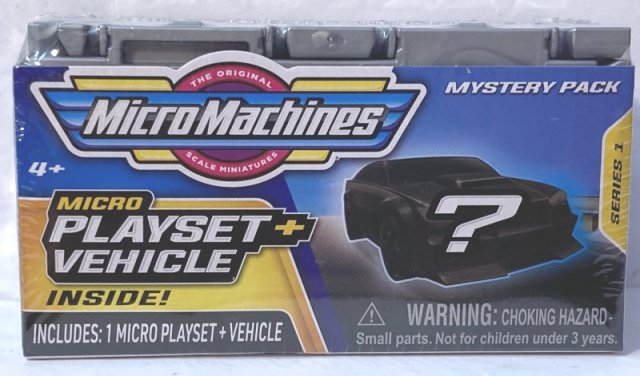 Each playset is made up of four rectangular and two square interlocking panels that form a box with the parts and vehicle inside. The panels differ from set to set. Pretty brilliant engineering, though popping them apart seems to put a lot of strain on very thin tabs, and I worry that with a lot of use they may break. Only one of the four sets should be able to be transformed without taking them apart, unfortunately, none of them are assembled as shown in the directions, which absolutely suck. The instructions needed to be twice the size they are. You’ll basically have to pull them all apart and squint at the tiny pics to figure out the right configuration. One of them, I think it’s the one that comes with Cliffjumper, does not seem to have the parts shown in a way they can actually be configured. The parts have to go on backwards from the photo. The playsets are kind of cool, but I would frankly rather have had a six pack of the vehicles and no playsets at all. On a positive note, the stickers are very high quality and seem to stay in place, and each has an ID number printed on the bottom that identifies the figure inside. 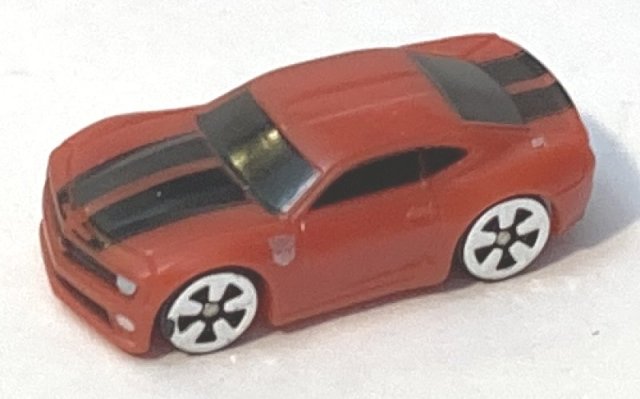 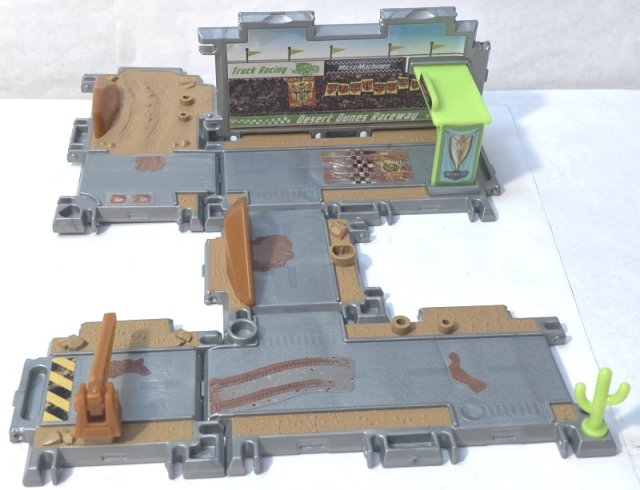 Cliffjumper is a repaint of Bumblebee. I kind of wish they had changed his stripes to differentiate him from Bumblebee. His playset is a desert race track. 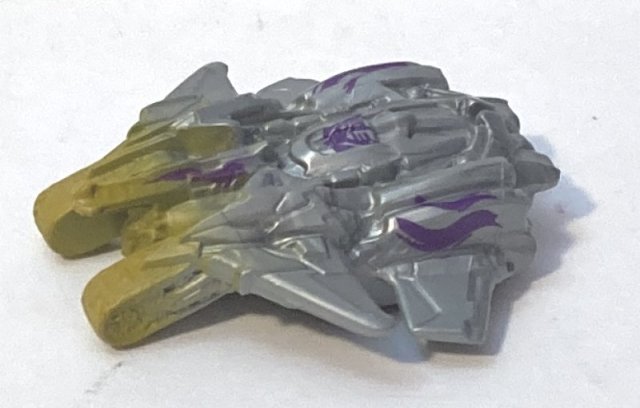 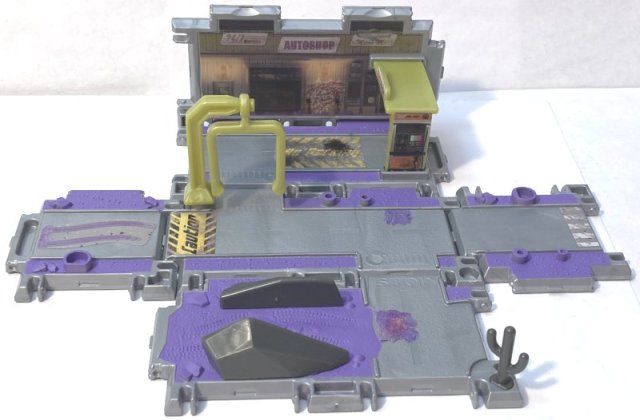 ROTF Megatron has been repainted with a dusty look, but only the front of the vehicle, so who knows. He comes with a repair shop. Who knew they service Cybertronian tanks? 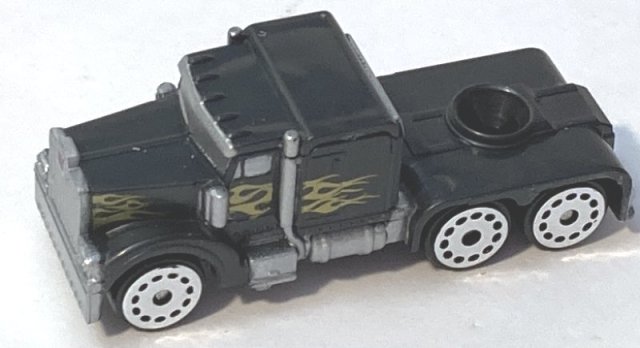 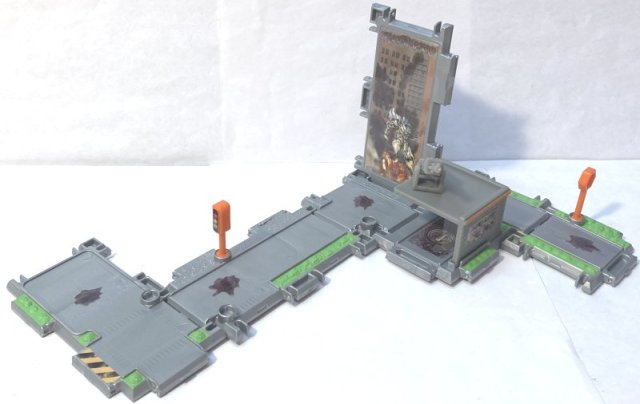 Nemesis Prime is a black Optimus Prime, surprise, surprise. His playset confuses me. The vertical piece with Megatron on it suggests a street from the battle at the end of the first movie, but the building has a gun on the roof. Also, for all some reason they didn’t do stickers for the stop sign and left it blank. 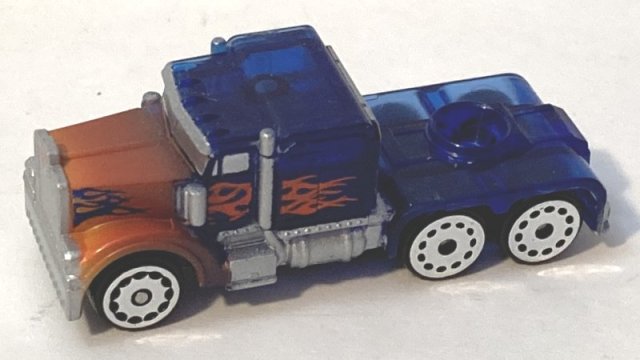 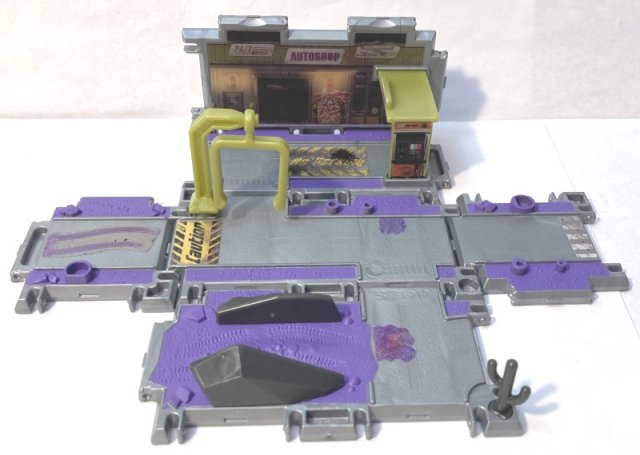 Optimus Prime is listed as a Chase figure. He seems to be one per case, like the rest are, from what I saw, but I can’t be 100% sure. It took me three Targets to find a full set, but I believe they all had Prime. He is cast in translucent blue plastic, so maybe that’s why he’s considered Chase. I don’t know. He comes with the same repair shop as Megatron, though for Optimus Prime it makes sense. 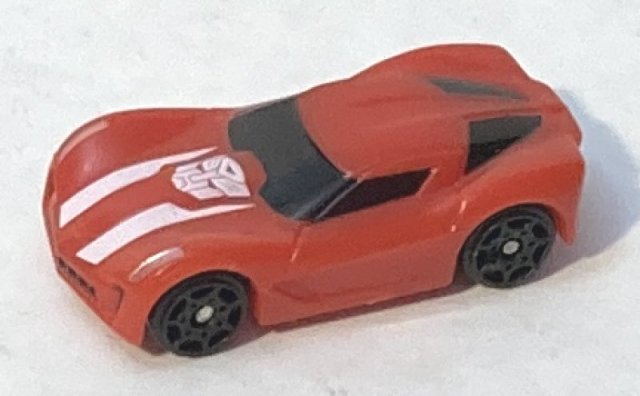 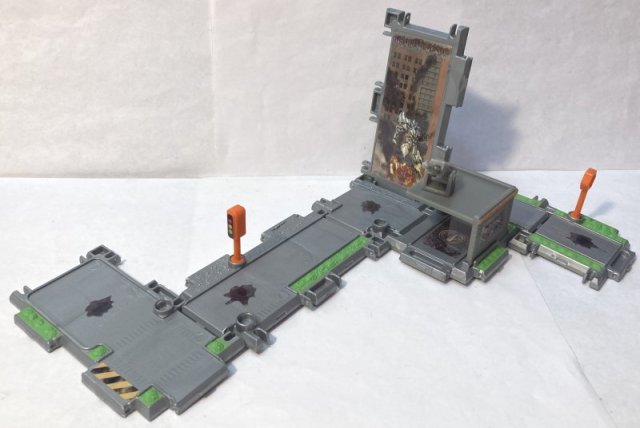 Sideswipe is repainted to red making him kind of G1 except for the white stripes. He comes with the same playset as Nemesis Prime. 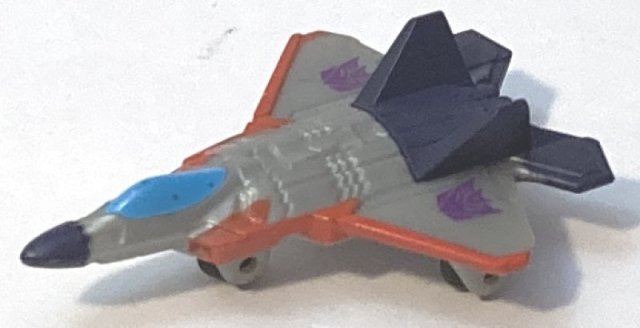 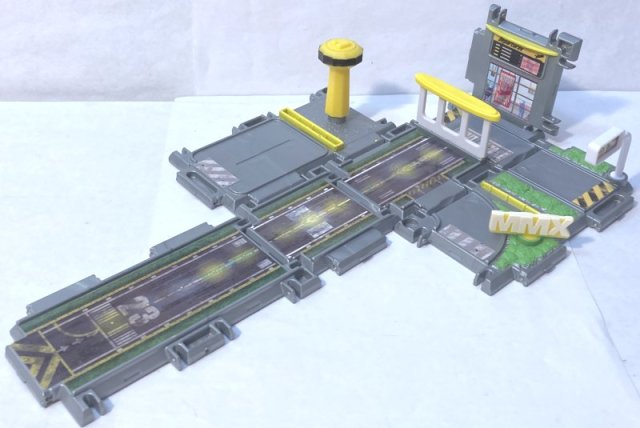 Starscream is repainted to be sort of G1, so that’s cool. He comes with an airport, which I think is my favorite of the playsets, though that doesn’t say much.

Overall: As I said, I would have rather had a six pack of the cars without the playsets, but kids would probably enjoy them, as you can put the sets together, or even make your own thing from the panels, but I would worry about breakage over time. They are a bit expensive at $9. For that price, we should have gotten two vehicles in each. Make sure you look for them in the car section, not with the Transformers, and don’t buy them from scumbag scalpers who are selling them for as much as $30 each. It’s obscene.

I’m 36 years old, and I work in network tech support for a public school system. I am a huge fan of Star Trek, Transformers, Harry Potter, and Marvel Comics as well as numerous other fandoms. I’m a big sports fan, especially the Boston Red Sox and the New England Patriots. I collect toys (mostly Transformers but other stuff too), comic books, and Red Sox baseball cards. I watch an obscene amount of television and love going to the movies. I am hopelessly addicted to Wizard Rock and I write Harry Potter Fanfiction, though these days I am working on a couple of different original YA novels.
View all posts by lmb3 →
This entry was posted in Toy Reviews, Toys, Transformers and tagged Cliffjumper, Jazwares, Megatron, Mystery Pack Micro Playset & Vehicle, Nemesis Prime, Optimus Prime, Revenge of the Fallen, RotF, Sideswipe, Starscream, Toys, Transformers, Transformers Revenge of the Fallen, Transformers: ROTF. Bookmark the permalink.