Since Transformers and Ghostbusters just happened to debut in the same year, we got a crossover in the form of a transforming Ecto-1 called Ectotron. It’s now been repainted and packed with comic book and a new ghost. 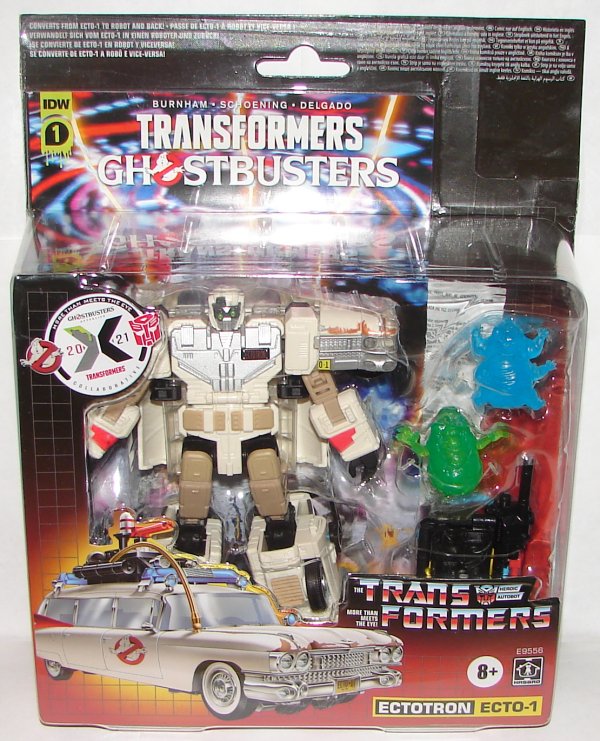 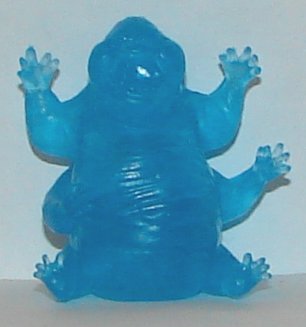 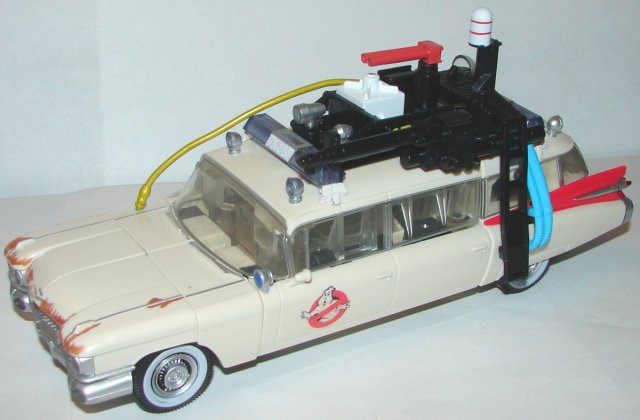 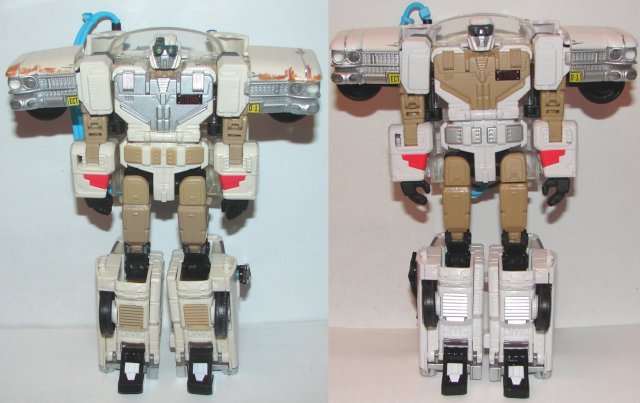 In vehicle mode, Ectotron is mostly unchanged. He has some rusty paint apps on his hood. They look fine, but if you’re going to give him rusty paint apps, maybe put them on the whole body of the car. His Ghostbusters logos also have lines in them so they appear cracked. In robot mode the paint changes are mostly color switches, brown for silver and vice versa. I prefer the silver chest on the new version. He has a new head sculpt. I was hoping for one without the goggles, but instead, it’s a different head sculpt with goggles. I think this one is better, but a regular head would have been nice on one of them.

Overall: I’m not sure this Ectotron is different enough from the original to make it a must buy. It is $10 more than the original, which seems a lot for a comic and an unpainted ghost.

I’m 36 years old, and I work in network tech support for a public school system. I am a huge fan of Star Trek, Transformers, Harry Potter, and Marvel Comics as well as numerous other fandoms. I’m a big sports fan, especially the Boston Red Sox and the New England Patriots. I collect toys (mostly Transformers but other stuff too), comic books, and Red Sox baseball cards. I watch an obscene amount of television and love going to the movies. I am hopelessly addicted to Wizard Rock and I write Harry Potter Fanfiction, though these days I am working on a couple of different original YA novels.
View all posts by lmb3 →
This entry was posted in Toy Reviews, Toys, Transformers and tagged 35th Anniversary, Ecto-1, Ectotron, Ghostbusters, Toys, Transformers. Bookmark the permalink.