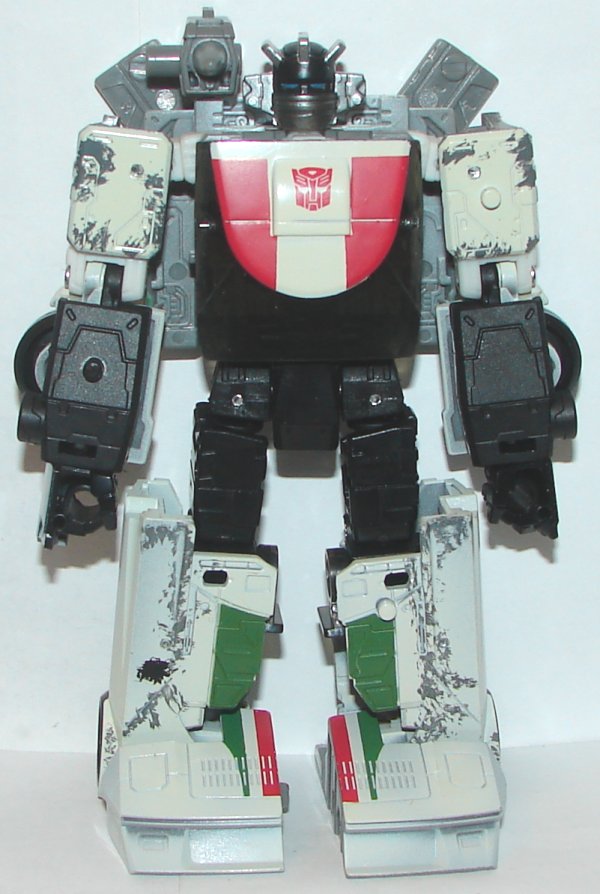 I really like Wheeljack. They actually did a great job on the battle damaged paint apps. It’s not just making him look dirty with a scratch or two. It is unfortunate they didn’t put battle damage on the back portion of he vehicle or the very front.

Overall: A decent repaint, but probably for completists only.