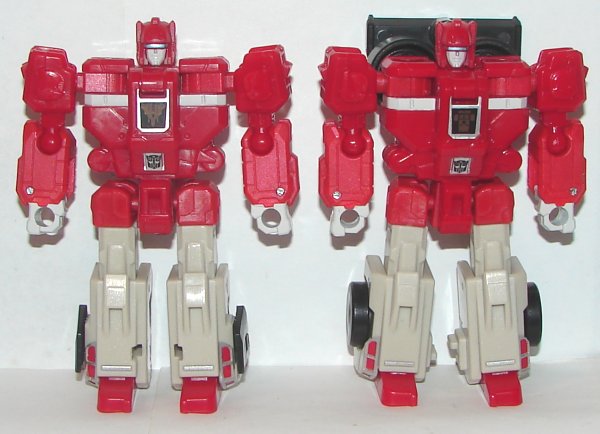 Hasbro sucks. They repainted the Decepticon Clones for the 2-pack, but left the Autobot clones identical to their original versions. What absolute fucking garbage. You will note that Fastlane now has the correct name. This is only because they didn’t put his name on the box, so there is no trademark issue.

Over all: Fuck you, Hasbro.