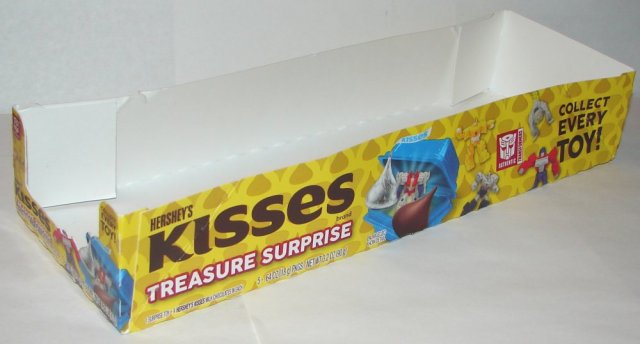 Transformers Hershey’s Treasure Surprise includes one random figure and a few Hershey’s Kisses for $2. I’ve only heard of them being found at Walmart. You can find them on Walmart.com, though they will only sell them in store. You can use the website to find out if they have them. My closest Walmart is one for the worst I’ve ever been to. The website said they were in stock for pickup the same day, but customer service (if you can call it service) told me, “candy isle, seasonal, or we don’t have them”. I had to go through four employees getting progressively more insistent before finding an employee who actually wanted to do their job, and was able to go find them in back for me. Initially I bought 13 of them, but got no Grimlocks. I finally bought one on eBay to complete the set. The small blue packages come in two different kinds of boxes. The tray pictured above holds 5, but I never found an undisturbed tray, so I’m not sure if they contain a full set or not. If I had to guess, I’d say they don’t. The other display is a larger table top display that also includes My Little Pony. The molds are fairly detailed, but the paint apps needed work. 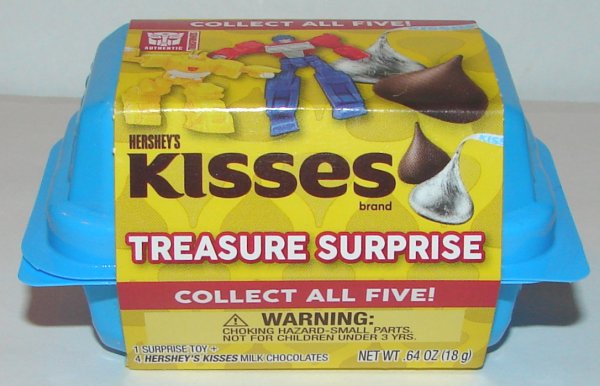 Grimlock’s pretty cool. Though he needed more paint apps, I was kind of impressed they painted his teeth. 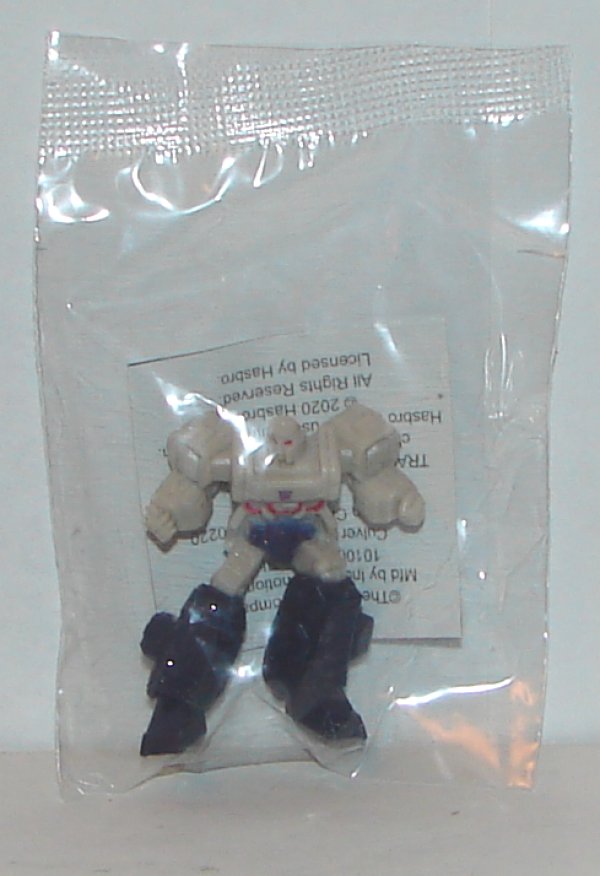 Megatron is pretty well painted. All he needed was his hands painted black. 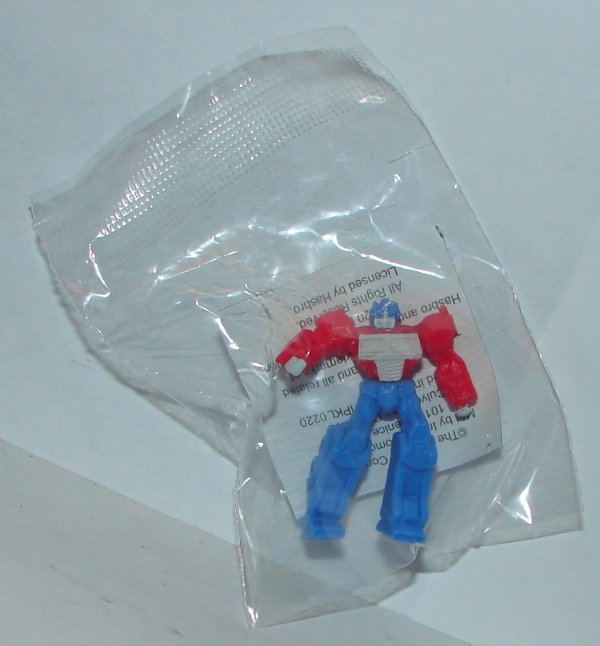 Optimus Prime’s paint apps are okay, but he needed a few more.

Starscream is definitely the best of the bunch. He really looks great.

Overall: For $2 figures, they aren’t bad, but they likely won’t be around long, so if you want them, don’t wait.

I’m 36 years old, and I work in network tech support for a public school system. I am a huge fan of Star Trek, Transformers, Harry Potter, and Marvel Comics as well as numerous other fandoms. I’m a big sports fan, especially the Boston Red Sox and the New England Patriots. I collect toys (mostly Transformers but other stuff too), comic books, and Red Sox baseball cards. I watch an obscene amount of television and love going to the movies. I am hopelessly addicted to Wizard Rock and I write Harry Potter Fanfiction, though these days I am working on a couple of different original YA novels.
View all posts by lmb3 →
This entry was posted in Toy Reviews, Toys, Transformers and tagged Authentics, Hershey, Hershey Treasure Surprise, Toys, Transformers, Transformers: Authentics, Treasure Surprise. Bookmark the permalink.