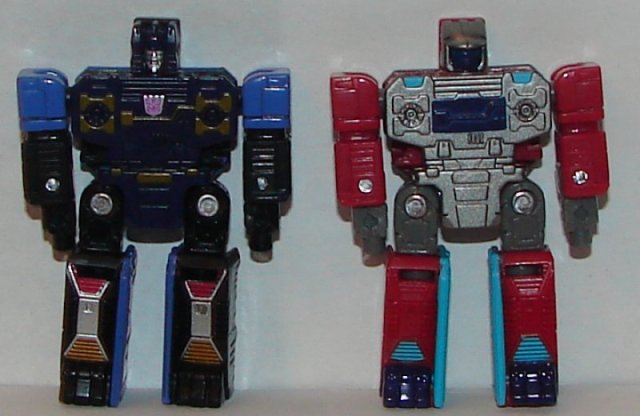 Wingthing is based on Action Master Soundwave’s partner. Skar is supposed to be one of Doubledealer’s partner, but Hasbro couldn’t bother to include Knok with him. (Are you sensing a pattern?)

Overall: I have little use for Soundwave’s pointless rectangles, and even less use for Hasbro not selling complete toys. FIRRIB FOREVER!