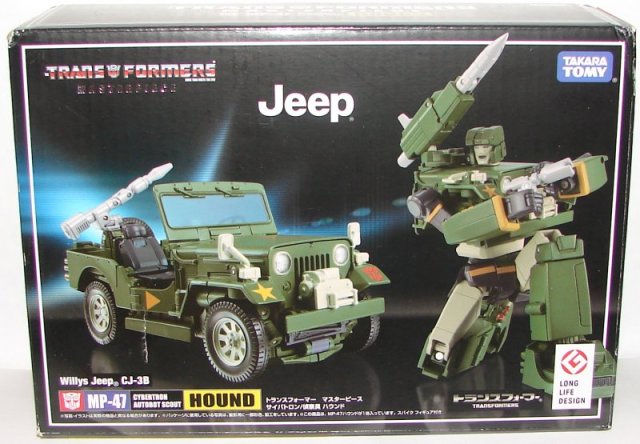 Hound comes with a pair of extra faces, the key to Ravage’s cage, and an extra set of rear view mirrors.

This Spike figure is not the same Spike figure that came with Masterpiece Bumblebee (MP-45). Yet, he still has the same disturbing blank face. I would rather they don’t do these human figures at all if they are going to do them this poorly. 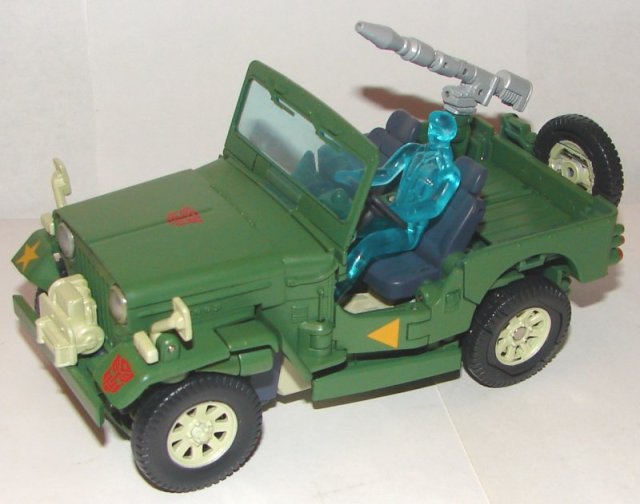 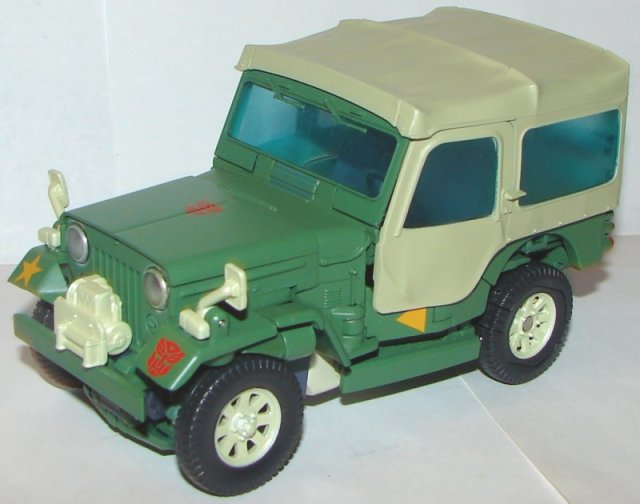 Vehicle Mode: Hound’s vehicle mode is perfect. I can’t find a single thing to complain about, which is pretty damn rare for me. He comes with a blue hologram figure with no articulation and no face, apparently they wanted to keep to that theme. I really like the jeep top. It’s plastic, obviously, but has some nice molding to make it look like fabric.

Robot Mode: In robot mode Hound looks fantastic. His arms maybe seem little too short (or maybe his legs too long), but it’s not a big deal. His head sculpt is perfect.

Overall: Hound is one of my favorite recent Masterpiece toys, but as with most of the recent mold, he is terribly overpriced. My first one arrived broken and I had to send it back to Japan, so he has some quality control issues.

I’m 36 years old, and I work in network tech support for a public school system. I am a huge fan of Star Trek, Transformers, Harry Potter, and Marvel Comics as well as numerous other fandoms. I’m a big sports fan, especially the Boston Red Sox and the New England Patriots. I collect toys (mostly Transformers but other stuff too), comic books, and Red Sox baseball cards. I watch an obscene amount of television and love going to the movies. I am hopelessly addicted to Wizard Rock and I write Harry Potter Fanfiction, though these days I am working on a couple of different original YA novels.
View all posts by lmb3 →
This entry was posted in Toy Reviews, Toys, Transformers and tagged Hound, Masterpiece, Masterpiece Hound, Spike, Toys, Transformers, Transformers Masterpiece. Bookmark the permalink.