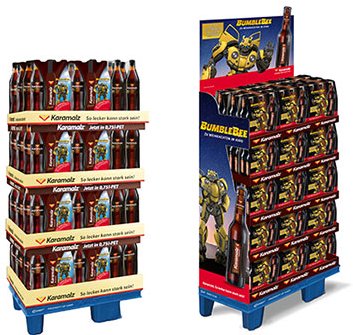 Last fall I posted a blog about the Transformers: Bumblebee Karamalz Bottle Cap Set. Karamalz is a non-alcoholic malt beverage from Germany. As I discovered researching them, there were some promotional items released alongside the caps, and I was recently able to get a set of them, or at least some of them. I’m not sure if there were any other items available or not. 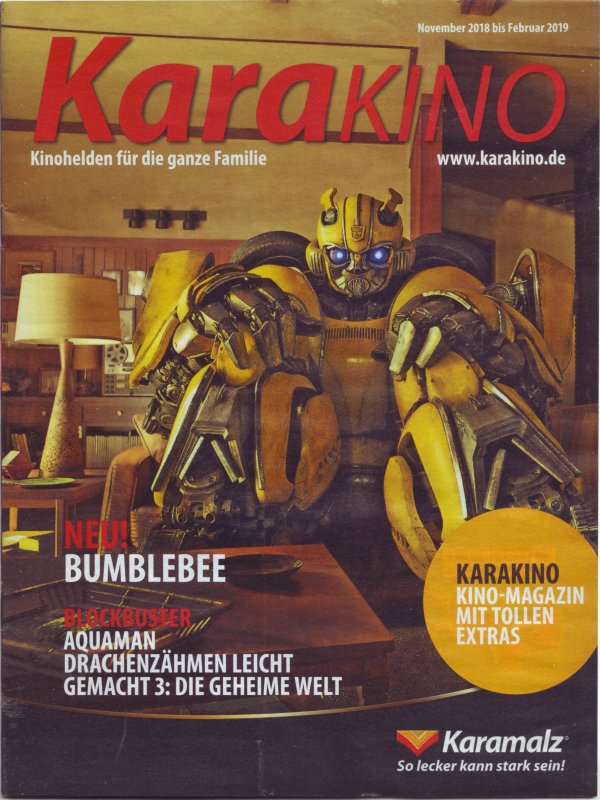 First off we have an issue of Karakino, which I assume is a magazine produced by Karamalz, maybe? I’m kind of guess since I don’t read German.

I don’t really get why this would be a promo item for a movie bottle cap set, but these two 6 inch rulers, or whatever that is in metric, have some of the same art as the bottle caps. 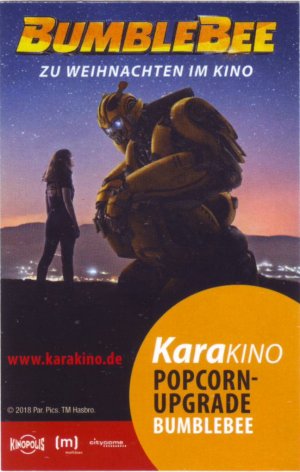 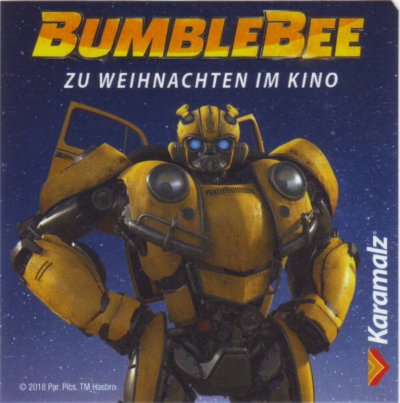 There were also a couple of stickers. 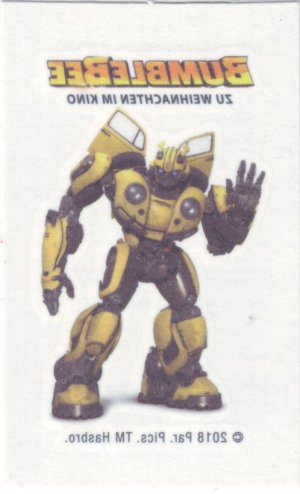 And finally, we have a temporary tattoo.

As always, you can find over 17,000 Transformers artifacts (recently updated) from every Transformers series and generation at TFMuseum.com.

I’m 36 years old, and I work in network tech support for a public school system. I am a huge fan of Star Trek, Transformers, Harry Potter, and Marvel Comics as well as numerous other fandoms. I’m a big sports fan, especially the Boston Red Sox and the New England Patriots. I collect toys (mostly Transformers but other stuff too), comic books, and Red Sox baseball cards. I watch an obscene amount of television and love going to the movies. I am hopelessly addicted to Wizard Rock and I write Harry Potter Fanfiction, though these days I am working on a couple of different original YA novels.
View all posts by lmb3 →
This entry was posted in Transformers, Transformers Artifact of the Week and tagged Bumblebee, Karamalz, Toys, Transformers, Transformers Bumblebee. Bookmark the permalink.