Vehicle Mode: Awesome. Starscream’s jet mode is awesome. This is the best non-Masterpiece Starscream toy since Classics, and I think this one is even better than Classics Starscream. The only minor thing is that he has no landing gear, no wheels at all, actually. It would have been nice if he did, but he’s so perfect it’s almost unimportant. I kind of wish he had missiles for under his wings instead of his guns, but that’s a minor thing. 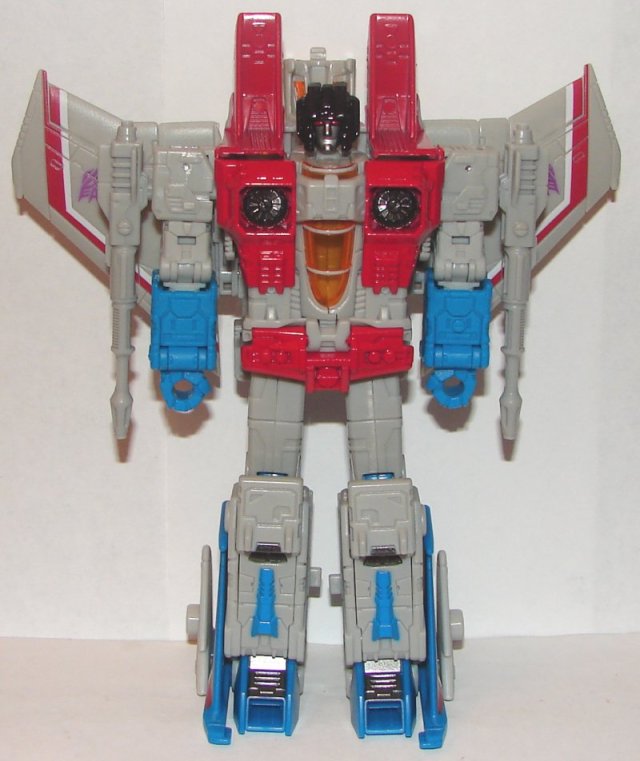 Overall: This may very well be the best Starscream toy ever (not including the Masterpiece). This is an absolute must have. Hasbro needs to repaint this toy in every possible way. I want Thundercracker, Skywarp, Acid Storm, Sunstorm, all the Rainmakers, Redwing, Hotlink, make up some more, and with a new head Slipstream. I think it could easily be modified to have a cone head to give us Thrust, Ramjet, Dirge, and anything else they can dream up. I can never have enough versions of this mold.