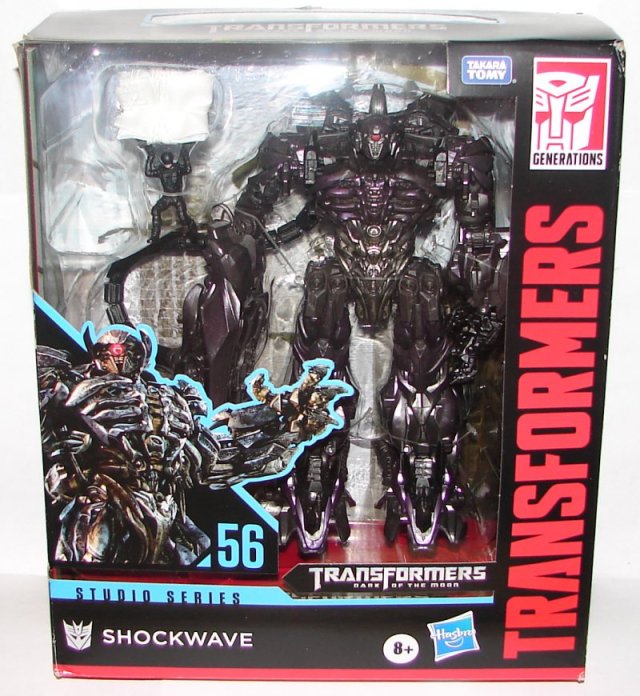 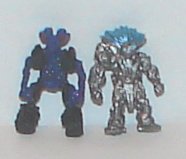 Wheelie and Brain are tiny, less than half an inch I think. It would be nice to get some actual Legends Class toys of them. I suppose we should feel lucky to have gotten anything at all, but this just feels sad. 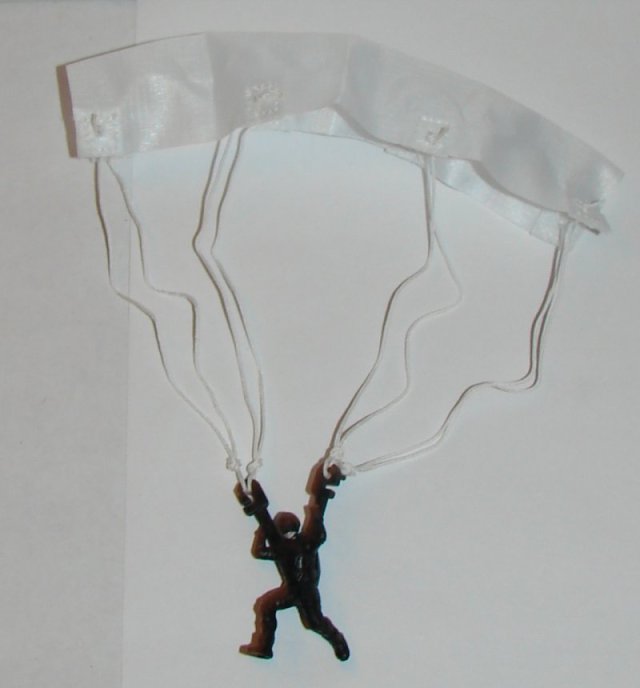 Also included is a human paratrooper figure. A for effort Hasbro, but a F for execution. If you’re going to include a paratrooper toy, why not give him a parachute that actually works? Toys like that are very common. A plastic parachute of the proper shape with a plastic figure hanging from it. I even have a Transformers Parabot. Instead of that we got a parachute that is useless as a parachute. It doesn’t even really look like a parachute. It just seems cheap. 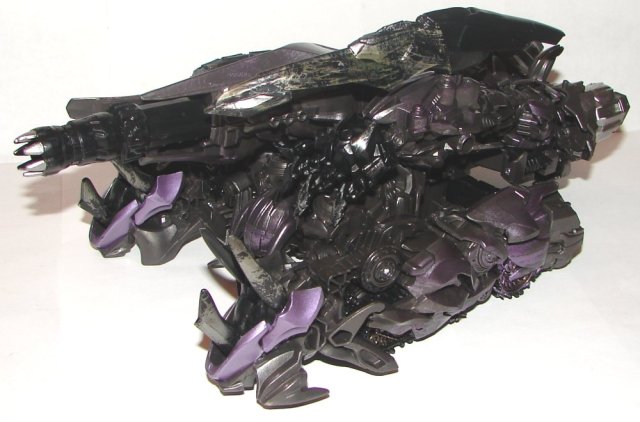 Vehicle Mode: It’s hard to say if Shockwave’s vehicle mode is movie accurate, because I don’t believe he ever transformed in the movie. As with the 2007 Movie and Revenge of the Fallen Megatron, Shockwave folds up into something that vaguely resembles a tank. It’s one of my few complaints about the Bay-verse. We had to wait three movies for Megatron to get a real alternate mode, and Shockwave still doesn’t have one. 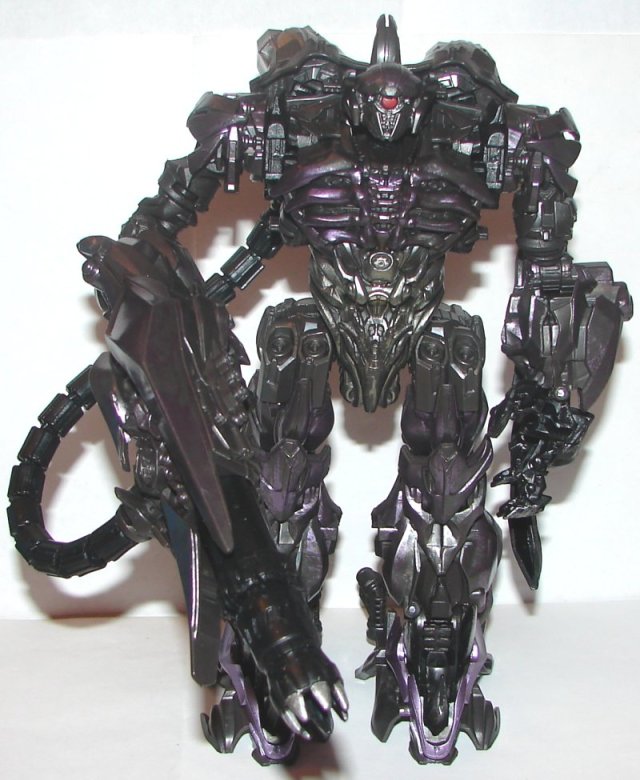 Robot Mode: In robot mode Shockwave looks amazing. He really looks cool. I wish his purple was a little brighter so as not to blend in so much with the black. I love his head sculpt.

Overall: Shockwave will look awesome standing on your shelf. Just don’t transform him, and he’s great.

I’m 36 years old, and I work in network tech support for a public school system. I am a huge fan of Star Trek, Transformers, Harry Potter, and Marvel Comics as well as numerous other fandoms. I’m a big sports fan, especially the Boston Red Sox and the New England Patriots. I collect toys (mostly Transformers but other stuff too), comic books, and Red Sox baseball cards. I watch an obscene amount of television and love going to the movies. I am hopelessly addicted to Wizard Rock and I write Harry Potter Fanfiction, though these days I am working on a couple of different original YA novels.
View all posts by lmb3 →
This entry was posted in Toy Reviews, Toys, Transformers and tagged Brain, Dark of the Moon, Shockwave, Studio Series, Toys, Transformers, Transformers Bumblebee, Transformers Dark of the Moon, Transformers Studio Series, Wheelie. Bookmark the permalink.