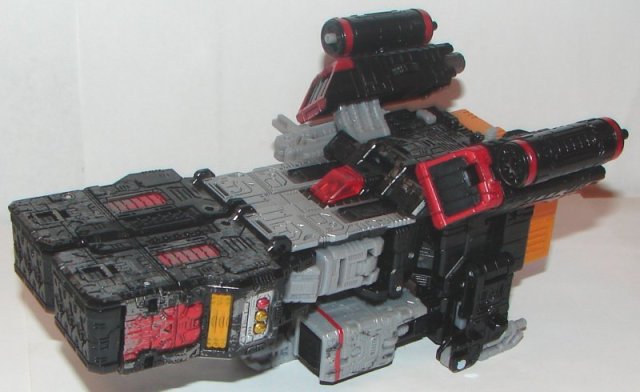 In vehicle mode I really like Soundblaster’s paintjob, but I’m still only half sure what its supposed to be. As expected Hasbro did nothing to address the floppy wings. They still don’t lock in place. In robot mode he looks great. They extended his cassette door like the original Soundblaster. While on some levels this was a cool change for Hasbro to make, since all there is to go in his chest are stupid plastic rectangles, I kind of wish they put that effort into something better, like fixing the floppy wing problem.

Overall: Soundblaster is fine, but unless you’re a completist, he’s probably an easy skip. I had hell of a time finding the 35th Anniversary toys. I finally ordered them for pickup from a Walmart who had them in stock only to be told they wouldn’t be ready for a week. I cancelled the order and went to that Walmart to find them on the shelf. The incompetence of Walmart is staggering. Also, as an FYI, the Walmart I got them at had put the 35th Anniversary toys in the seasonal department for some reason.