Dazelstrike is just Lionizer with a few different paint apps. I don’t think they even changed the plastic color. 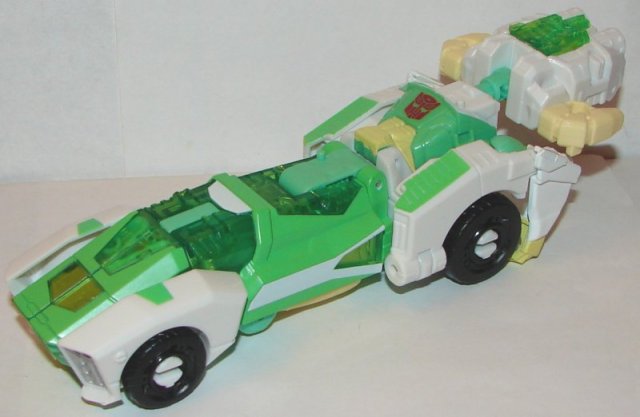 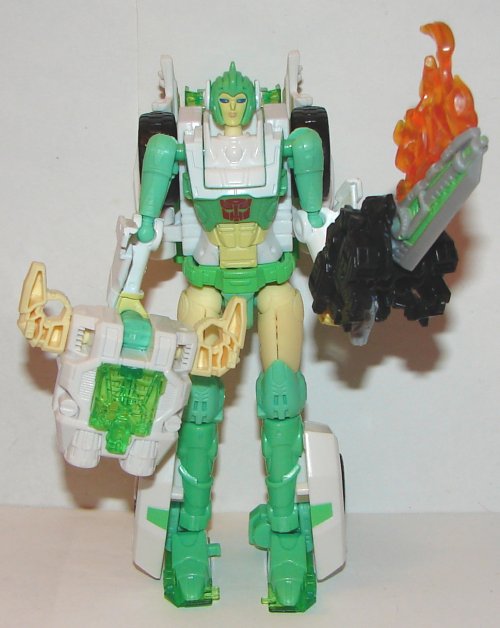 Greenlight is yet another derivative on he Moonracer mold. Greenlight has new hands that no longer fold at the wrists. She also has new legs and feet, as well as a new head and new head sculpt. I like the paintjob on this mold.

Overall: We get one more female bot from this mold to complete the combiner. I may not even bother reviewing the combiner. The toys are in different series, so it makes little sense. If they wanted to finish the combiner, they should have done it in Power of the Primes. The added expense of the toy because it comes with a Battle Master is a waste since Dazelstrike is only marginally different from Lionizer.