Hot Shot’s hovercraft mode looks pretty good, though he could have used some more paint apps. His robot mode isn’t bad, but I wish his arms weren’t the sides of the hovercraft. He just doesn’t look right with the black arms. The outer part needs to be black since it’s part of the hovercraft skirt, but his arms are molded inside and could have easily been painted, or probably more likely, been cast in red plastic and the skirt be painted black. Such a small thing would have made him look much better. 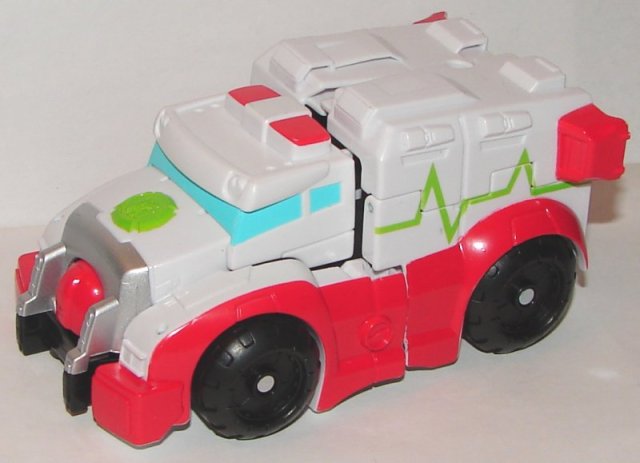 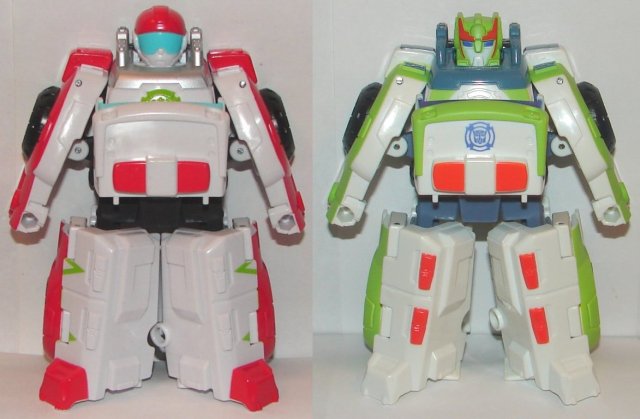 This is the second Rescue Bots Academy Medix figure we’ve got. His first was in that odd wave of larger sized toys along with Whirl. This is a repaint of the 2016 Rescan Series Medix with a new head. It’s fine, but in the cartoon, Medix is a car, and we already got that in a larger scale for some reason.

Overall: Hot Shot is a good toy. Medix is fine, but Hasbro never seems to know what they are doing with the Rescue Bots line. I would have rather had a new mold Medix in the Rescan Series than the random larger one we got.

I’m 36 years old, and I work in network tech support for a public school system. I am a huge fan of Star Trek, Transformers, Harry Potter, and Marvel Comics as well as numerous other fandoms. I’m a big sports fan, especially the Boston Red Sox and the New England Patriots. I collect toys (mostly Transformers but other stuff too), comic books, and Red Sox baseball cards. I watch an obscene amount of television and love going to the movies. I am hopelessly addicted to Wizard Rock and I write Harry Potter Fanfiction, though these days I am working on a couple of different original YA novels.
View all posts by lmb3 →
This entry was posted in Toy Reviews, Toys, Transformers and tagged Hot Shot, Hot Shot Hovercraft, Medix, Rescan Series, Rescue Bots, Toys, Transformers, Transformers Rescue Bots. Bookmark the permalink.