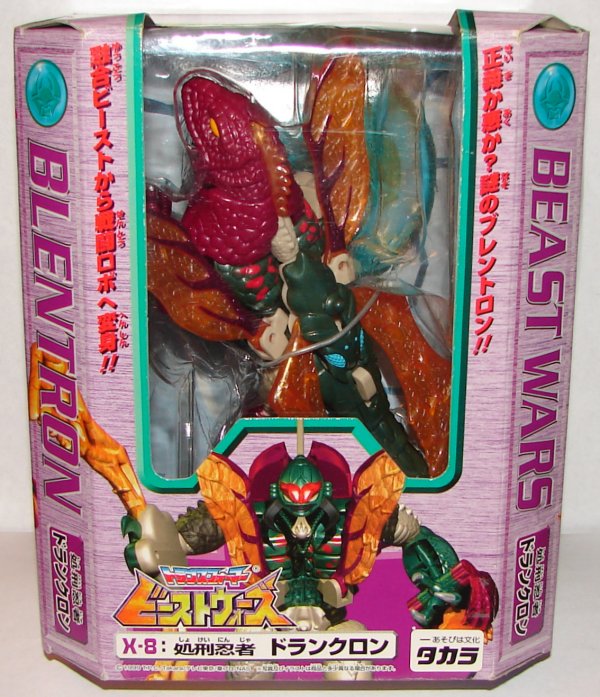 Beast Mode: Drancron is repainted from Hasbro Beast Wars Deluxe Fuzor Sky Shadow. I was never a fan of this mold. I don’t like the wing configuration. He’s a combination of an iguana and a dragonfly, so I suppose there is no right way for them to look, but they should have configured them to look like a dragonfly’s wings. Dragonfly wings do not point forward and back, they are parallel. They are also not on top of each other but in pairs one in front of the other on each side. It just makes no sense. I suppose it looks best with the back wings locked in the front position and the front wings pushed all the way back, but that is basically hiding one set beneath the other. Just not well designed. I also wasn’t crazy about the green, blue, and orange color scheme on the Hasbro version, but I love the paintjob Takara gave him. He looks really great in these colors. He does have one cool feature. His missile fires out of his tale like a stinger. 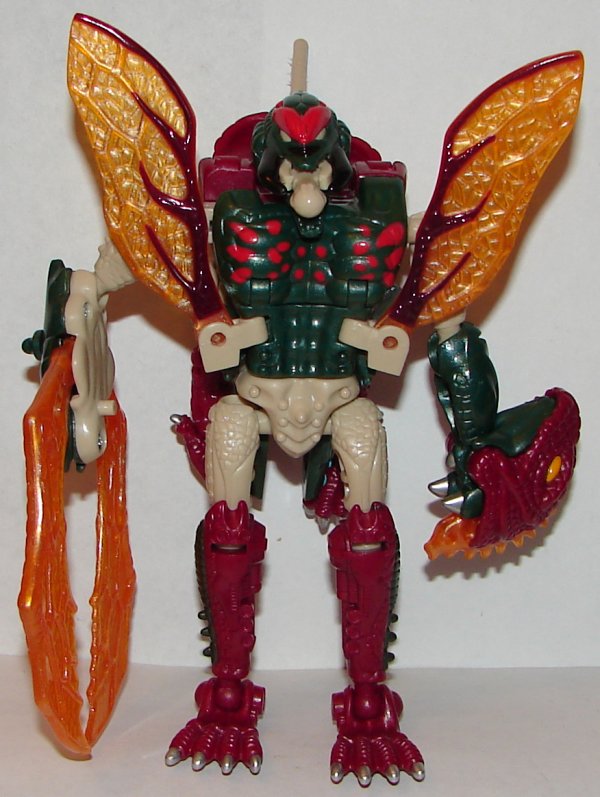 Robot Mode: There is really nothing I like about his robot mode. His head sculpt has a missile coming out of it. His right hand is a giant claw made of wings, and his right is sort of a claw sticking out behind his iguana head. I hate the wings at the sides of his chest.

Overall: I don’t find this to be a great toy, but the Takara version has a far superior paintjob to the Hasbro version.

I’m 36 years old, and I work in network tech support for a public school system. I am a huge fan of Star Trek, Transformers, Harry Potter, and Marvel Comics as well as numerous other fandoms. I’m a big sports fan, especially the Boston Red Sox and the New England Patriots. I collect toys (mostly Transformers but other stuff too), comic books, and Red Sox baseball cards. I watch an obscene amount of television and love going to the movies. I am hopelessly addicted to Wizard Rock and I write Harry Potter Fanfiction, though these days I am working on a couple of different original YA novels.
View all posts by lmb3 →
This entry was posted in Toy Reviews, Toys, Transformers and tagged Beast Wars, Beast Wars Neo, Drancron, Sky Shadow, Toys, Transformers, Transformers: Beast Wars Neo. Bookmark the permalink.