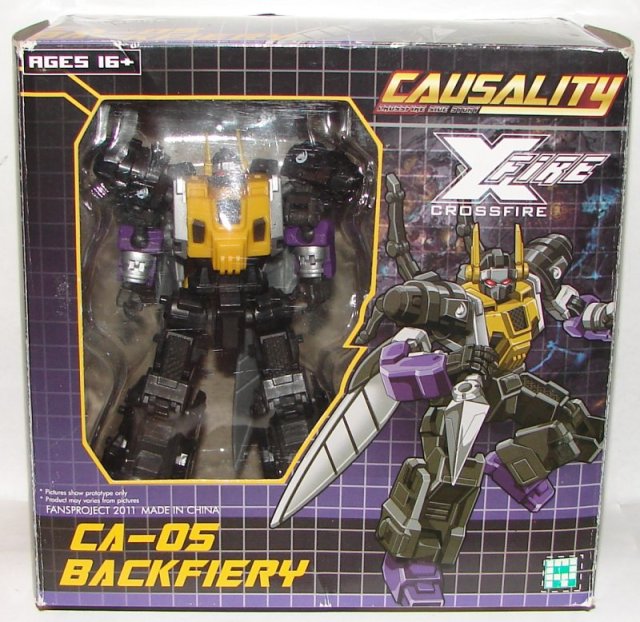 Backfiery was remolded and repainted into Plunder (Ransack).

I will be referring to them by their real names. Kickback, is awesome. Kickback’s insect mode is great. The only thing that could be better is the joints on his wings. I’d rather put his wings down a little flatter (I know the G1 couldn’t), rather than straight up over his back, but they won’t move that way. In robot mode he looks great. Regrettably they did not give him a G1 style weapon, but the small knives are very cool. He has six of them, with four of them stored on his lower legs and the other two on his hips. I really like his head sculpt.

Stormbomb was remolded and repainted into Teardown (Barrage). 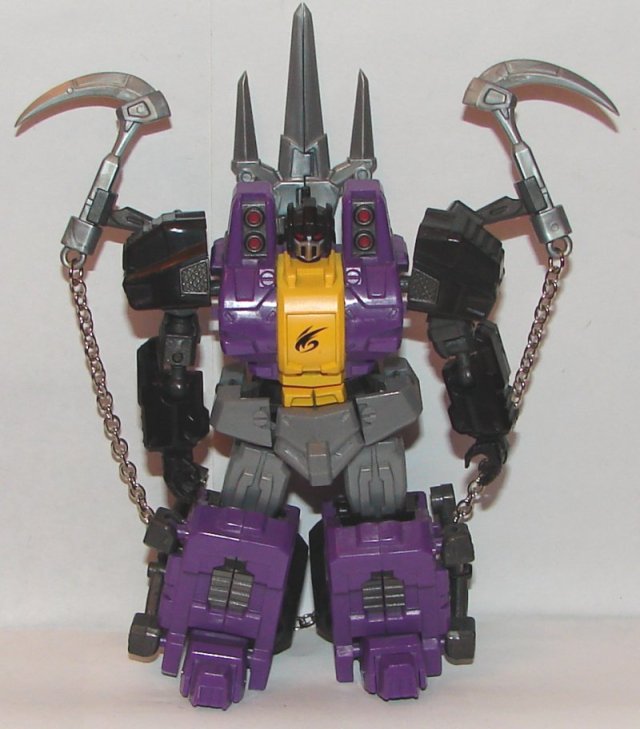 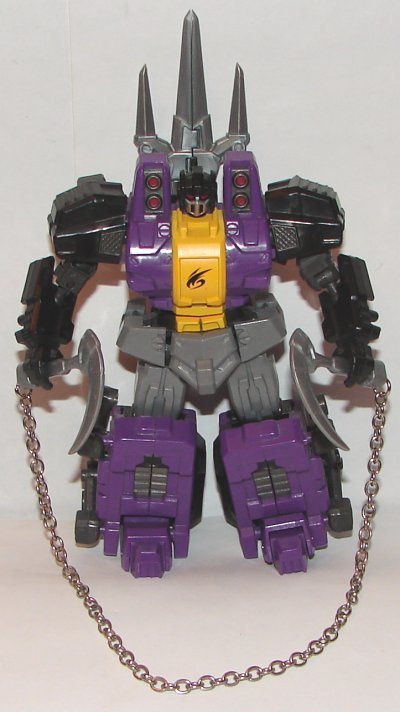 Bombshell is pretty amazing. I love his insect mode. Though the design of his insect legs leave both his back legs resting on his knees. His foot barely touches the ground. They needed to be longer. I don’t think I fully extended his legs in robot mode, so he’s actually a little taller than he appears in the photos. I love his face sculpt, and his chain weapon is awesome.

Thundershred was remolded and repainted into Blockade (Chop Shop).

I really like Shrapnel, but oddly he appears to have a cockpit, while the others don’t, which doesn’t make a lot of sense. Other than that he looks great. I love the blades on his arms in robot mode, and he has a great head sculpt. He has a big bladed weapon, that is very cool.

Overall: This is a great set. I got a really great deal on them, as they were used, though unfortunately Stormbomb was missing his trading card. (If you have one for sale, let me know.) These guys are pretty expensive on eBay, but if you can find a good deal they are well worth picking up.

I’m 36 years old, and I work in network tech support for a public school system. I am a huge fan of Star Trek, Transformers, Harry Potter, and Marvel Comics as well as numerous other fandoms. I’m a big sports fan, especially the Boston Red Sox and the New England Patriots. I collect toys (mostly Transformers but other stuff too), comic books, and Red Sox baseball cards. I watch an obscene amount of television and love going to the movies. I am hopelessly addicted to Wizard Rock and I write Harry Potter Fanfiction, though these days I am working on a couple of different original YA novels.
View all posts by lmb3 →
This entry was posted in Toy Reviews, Toys, Transformers and tagged Backfiery, Bombshell, Causality, Fansproject, Kickback, Shrapnel, Skrapnel, Stormbomb, Thundershred, Toys, Transformers. Bookmark the permalink.