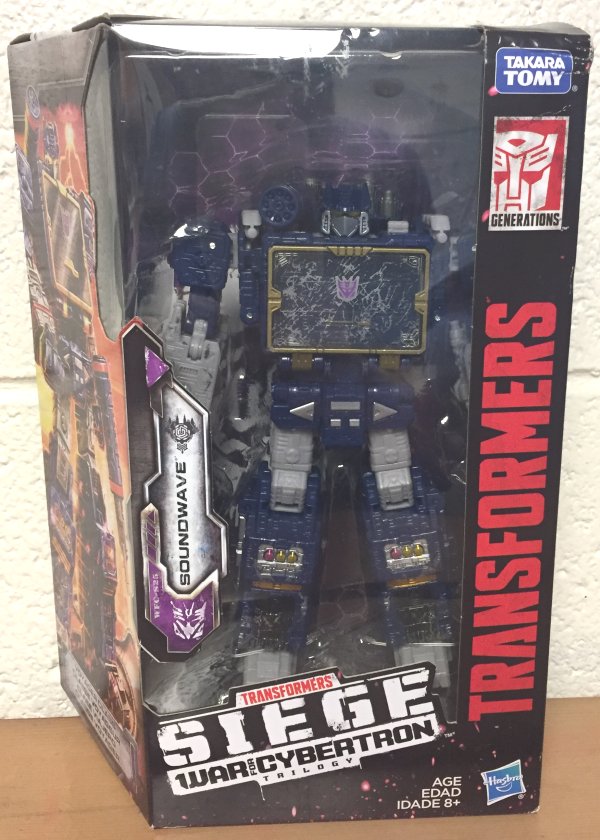 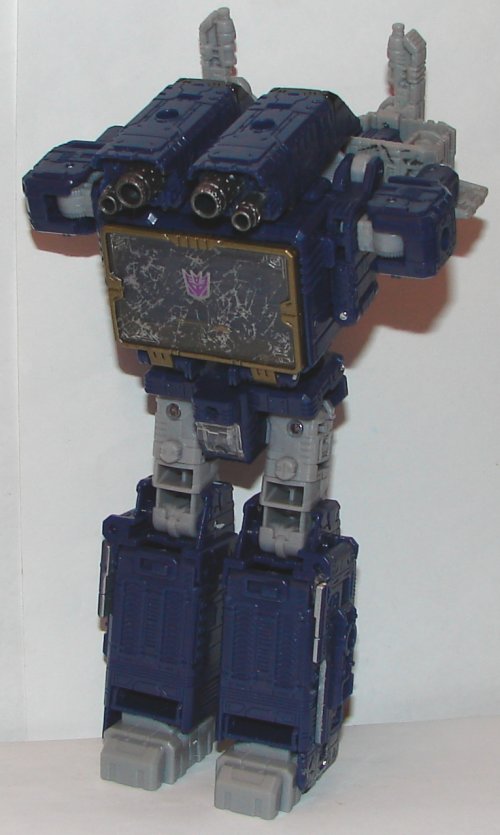 “Lamp Post” Mode: This mode is not included in his instructions. A picture of it is hidden on his box. I suppose that makes it official, but its pretty silly looking and doesn’t really look like he did in the cartoon. 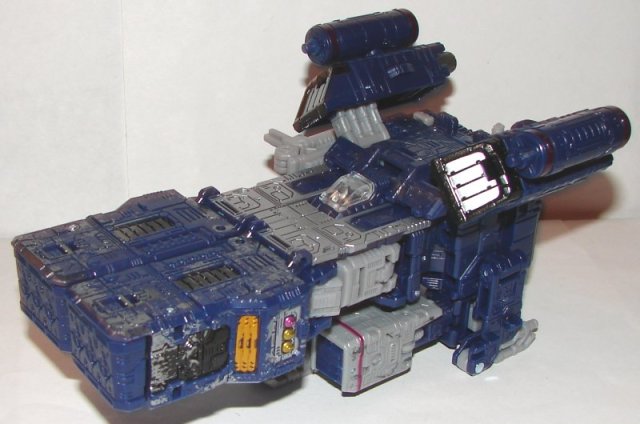 Vehicle Mode: Yikes. It’s not awful, but it’s not good…whatever it is. I think it’s a fighter…maybe. My biggest complaint is his “wings”. The blue wings…I think that’s what they are…don’t lock in place, which really sucks.

Robot Mode: In robot mode Soundwave looks great. He’s got G1 accurate weapons, as well as another gun. The third gun’s design reminds me of another, but I can’t quite figure out which one. The three weapons combine, but do so badly. The gray gun is supposed to peg into the one on the front, but it doesn’t. It fits into the port, but there is no tension, so it falls right out. I really hope we get a non battle damaged version down the road.

Overall: Soundwave looks great in robot mode, and is well worth getting, even if his vehicle mode is blah.