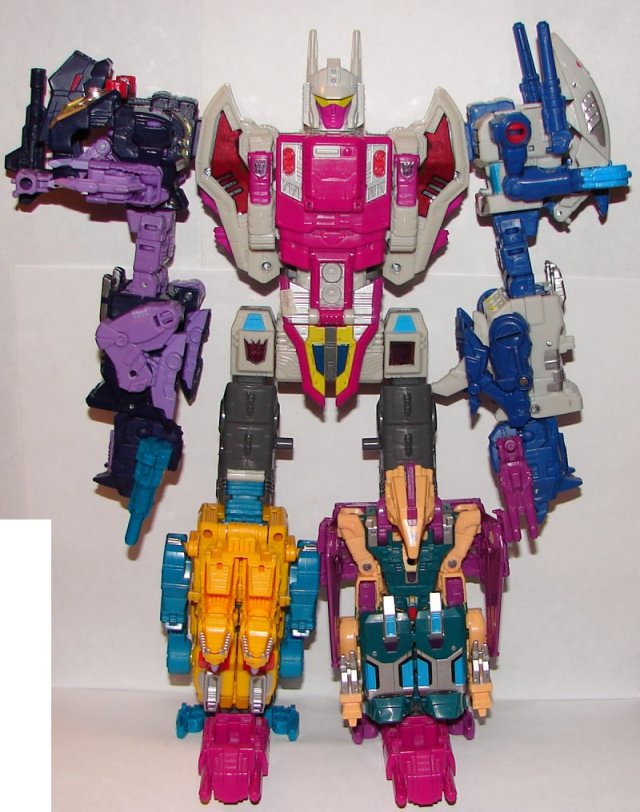 Abominus is one of the few things about the Power of the Primes toyline that Hasbro didn’t screw up royally. He looks really great. The only problem is that he has no weapons. I put Sinnertwin and Cutthroat’s weapons in his hands since there is nowhere else to put them, but they are completely inadequate. How they can get him almost perfect and then fail to give him a gun and sword shows Hasbro that has really stopped giving a shit.