This Optimus Prime toy has been repainted and remolded more times than I can remember. It began as the Hasbro Revenge of the Fallen Optimus Prime. In Japan it was heavily remolded so that his fuel tanks were removable and could form a large blaster. Since then he has had several different heads and a chest/waist remold (For Dark of the Moon) as well as more accessories than you can shake a stick at. This version uses the Revenge of the Fallen head, chest/waist, and only some of his accessories. For a review you can read my review of the Asia Premium Series Ultimate Optimus Prime, which is essentially this toy with a different head, chest/waist, more accessories, and a different paint job. 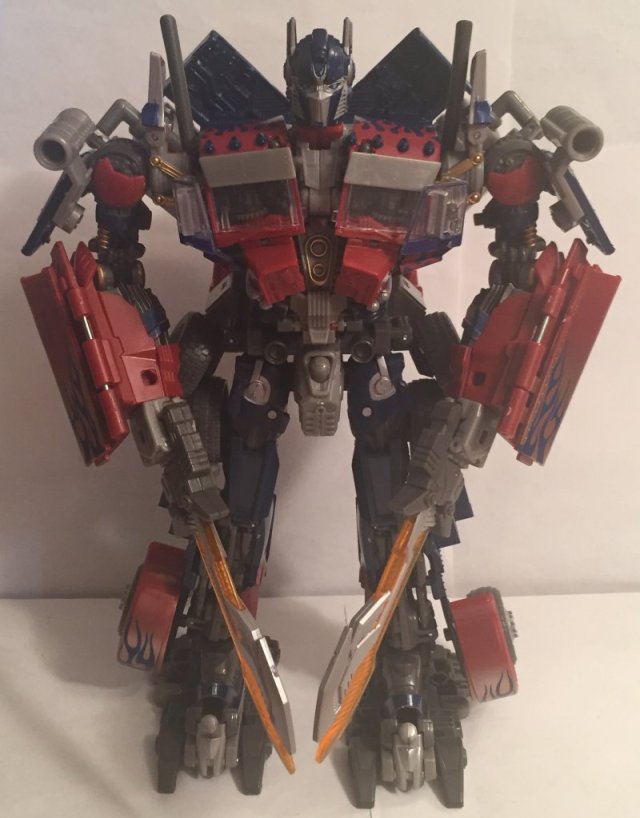 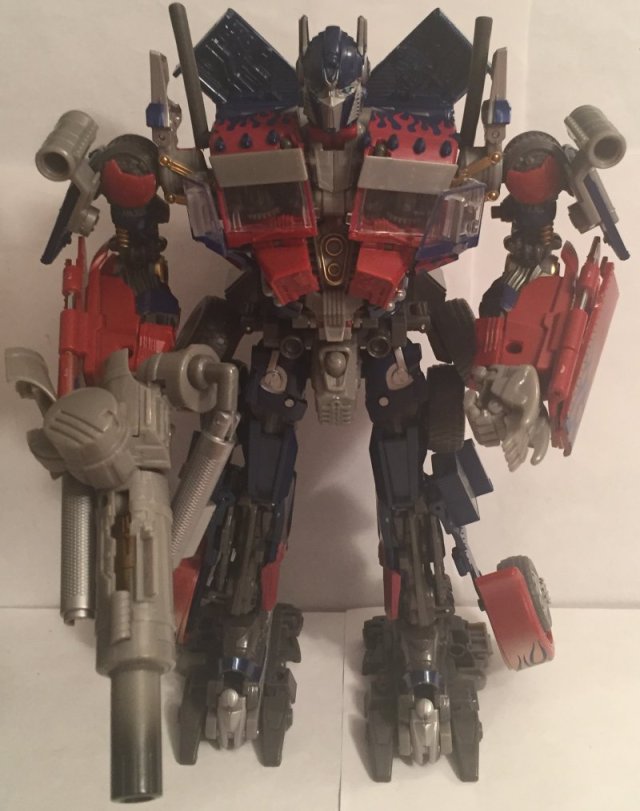 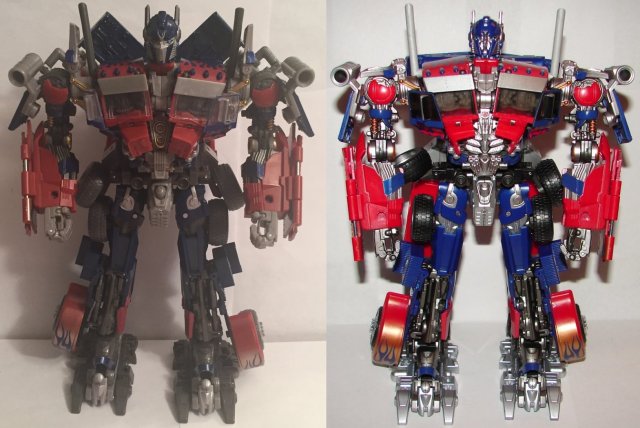 I’m 36 years old, and I work in network tech support for a public school system. I am a huge fan of Star Trek, Transformers, Harry Potter, and Marvel Comics as well as numerous other fandoms. I’m a big sports fan, especially the Boston Red Sox and the New England Patriots. I collect toys (mostly Transformers but other stuff too), comic books, and Red Sox baseball cards. I watch an obscene amount of television and love going to the movies. I am hopelessly addicted to Wizard Rock and I write Harry Potter Fanfiction, though these days I am working on a couple of different original YA novels.
View all posts by lmb3 →
This entry was posted in Toy Reviews, Toys, Transformers and tagged Age of Extinction, Dark of the Moon, Movie The Best, Optimus Prime Revenge Version, Revenge of the Fallen, Toys, Transformers, Transformers Dark of the Moon, Transformers Revenge of the Fallen, Transformers: Movie the Best. Bookmark the permalink.