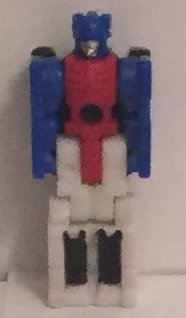 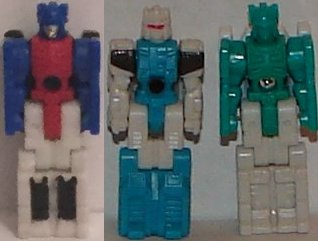 Takara Sixshot has a new mold Headmaster, totally different from Hasbro’s Titan Master Revolver. Greatshot uses the Revolver mold with a new face for Greatshot. I’m glad they gave him a silver face like the G1 toy. It’s a great face sculpt. Greatshot’s Headmaster is named Jack. I was confused as to why his Headmaster had a named unlike the other Autobot Headmasters. This s due to the story of Greatshot’s origin in the Japanese cartoon. 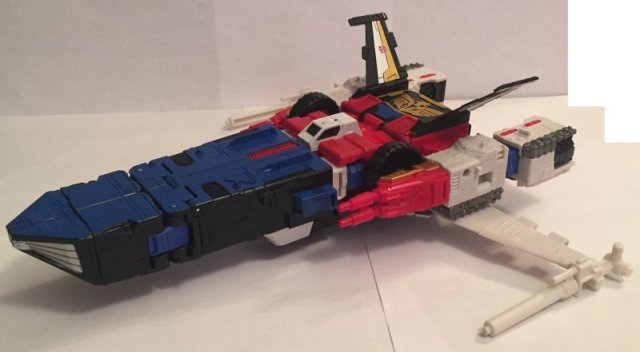 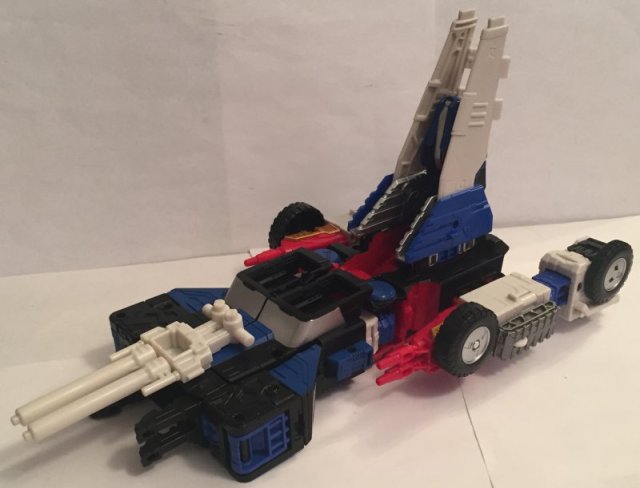 Greatshot looks awesome in red, white, blue, and silver. Aside from the obvious color changes, he has a few mold changes as well. His shoulders have been remolded into double cannons and Sixshot’s wolf head has been remolded into rhino’s head. The wings on the sides of his chest have been remolded, as has his chest. Lastly, he has a new helmet. You’ll note that it has horns. The horns actually fold inside the helmet when you take his headmaster out so you can flip it into his chest. This does mean that it is not possible to leave Jack in the helmet unless you aren’t flipping his head into his chest.

Overall: Greatshot is awesome. The original has always been a favorite of mine, and I highly recommend the new version.

I’m 36 years old, and I work in network tech support for a public school system. I am a huge fan of Star Trek, Transformers, Harry Potter, and Marvel Comics as well as numerous other fandoms. I’m a big sports fan, especially the Boston Red Sox and the New England Patriots. I collect toys (mostly Transformers but other stuff too), comic books, and Red Sox baseball cards. I watch an obscene amount of television and love going to the movies. I am hopelessly addicted to Wizard Rock and I write Harry Potter Fanfiction, though these days I am working on a couple of different original YA novels.
View all posts by lmb3 →
This entry was posted in Toy Reviews, Toys, Transformers and tagged Greatshot, Legends, Sixshot, Toys, Transformer Legends, Transformers. Bookmark the permalink.