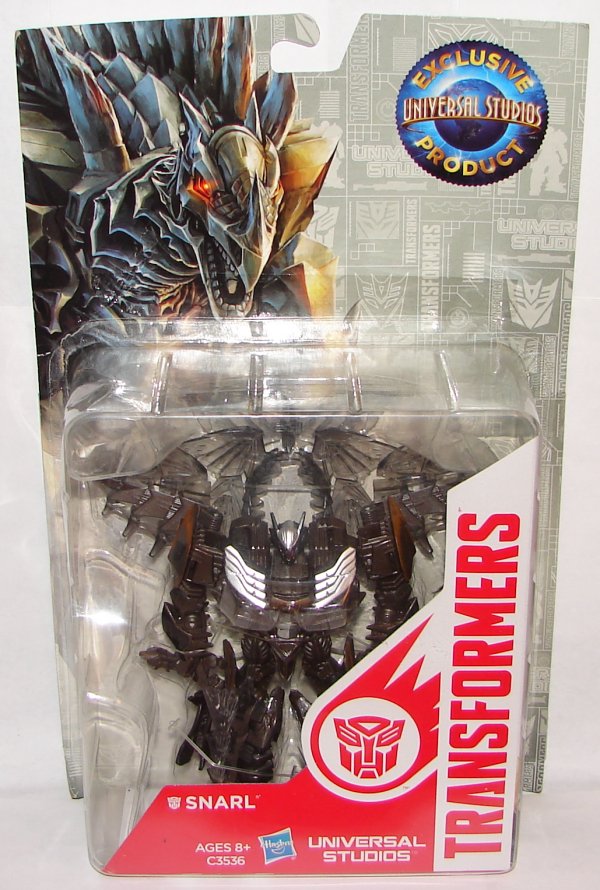 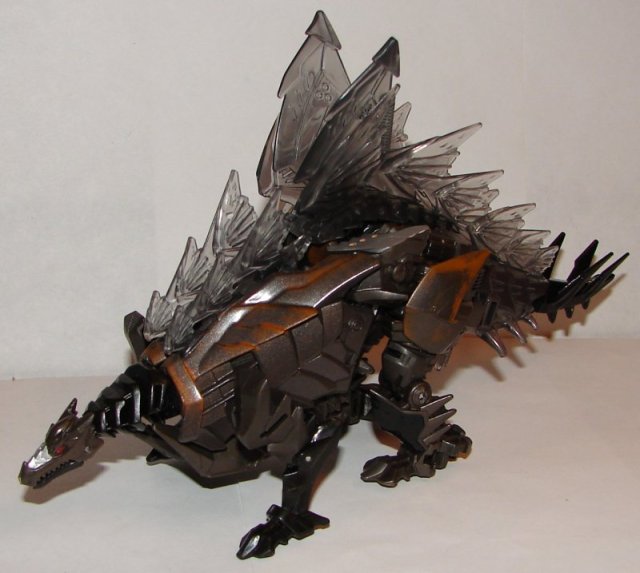 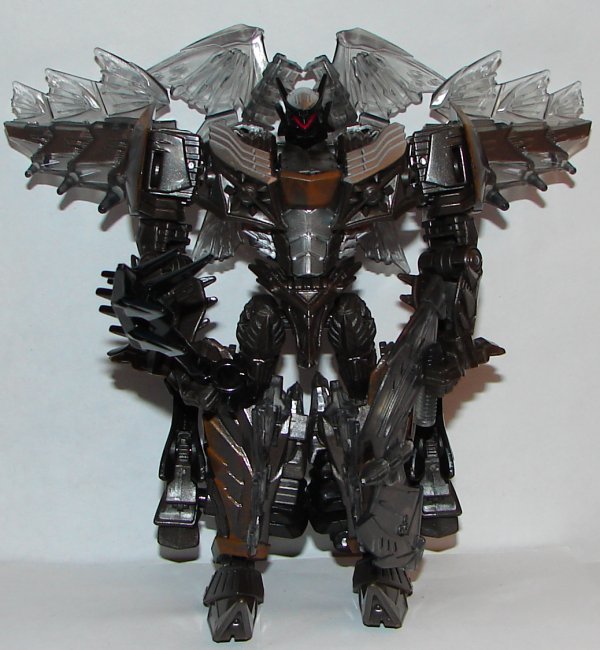 Back in 2016, Hasbro released Snarl repainted in black, silver, gray, and clear as a Universal Studios exclusive. There seems to be little logic in this release, but then so little of what Hasbro does these days is logical. It might be that this repaint is intended to go with the Platinum Dinobots Unleashed set that did not include Snarl. Those Dinobots were in the same colors, though they included silver chrome which Snarl does not. They did this before when they left Sludge out of the SDCC Dinobots set and released him through Amazon. If Snarl is meant to be part of that set, then it sort of makes sense. Unfortunately, Snarl lacks the silver chrome that those toys all had, so he doesn’t really fit with those other Dinobots. The other problem with Snarl being meant to complete that set is that as a theme park exclusive it’s been a bitch to track down Snarl without paying huge eBay markups. It really doesn’t make any sense. More than likely someone said that Universal needed another toy, and Snarl’s mold was easily available.

Whatever the reason, Snarl was one of the better Age of Extinction Dinobot molds, so I don’t mind having another. He isn’t perfect with his upturned toes that make him look lie an elf, and his wrists that were designed by an idiot, but it’s a sold toy, and pretty great repaint, thought some Silver chrome would have made him epic.

Unfortunately, if you want one you’re going to have to go to Universal Studios. They still have them, but they are not available in the online store. He is overpriced at $30, but that’s amusement park pricing, so what can you do?

I’m 36 years old, and I work in network tech support for a public school system. I am a huge fan of Star Trek, Transformers, Harry Potter, and Marvel Comics as well as numerous other fandoms. I’m a big sports fan, especially the Boston Red Sox and the New England Patriots. I collect toys (mostly Transformers but other stuff too), comic books, and Red Sox baseball cards. I watch an obscene amount of television and love going to the movies. I am hopelessly addicted to Wizard Rock and I write Harry Potter Fanfiction, though these days I am working on a couple of different original YA novels.
View all posts by lmb3 →
This entry was posted in Toy Reviews, Toys, Transformers and tagged Age of Extinction, Dinobots, G1, Generation 1, Generation One, Platinum, Platinum Edition, Platinum Series, Snarl, Toys, Transformers, Transformers: Platinum Edition, Transformers: Platinum Series, Universal Studios. Bookmark the permalink.