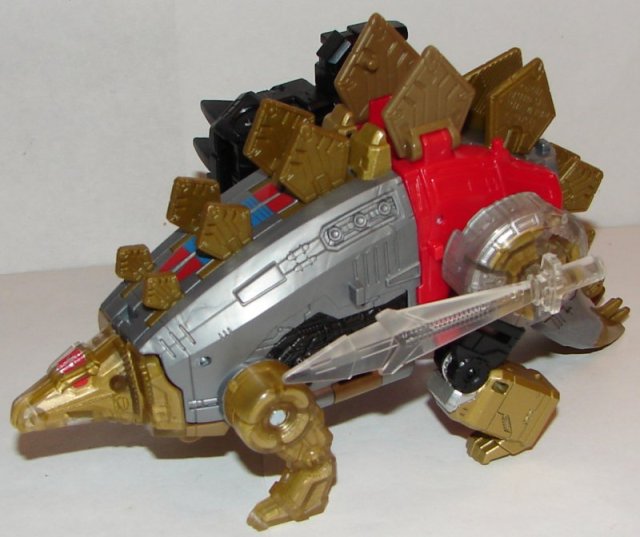 Dino Mode: Snarl was always my favorite Dinobot. (Probably because the stegosaurus was always my favorite dinosaur.) I was worried that he would have all soft plastic plates that would look crappy. They aren’t all hard plastic, but they aren’t the really soft plastic either, so I’m happy with that. He looks perfect. It’s kind of noticeable how hollow his hips are though, and I’m kind of worried about breakage in the future since it is clear plastic, and that sometimes gets brittle over time.

Robot Mode: His robot mode is perfect. He has perfect paint apps, they really did an amazing job on him. He’s got a great head sculpt.

Overall: Snarl is the best of the new Dinobots. I just wish he came with his gun. He’s highly recommended.