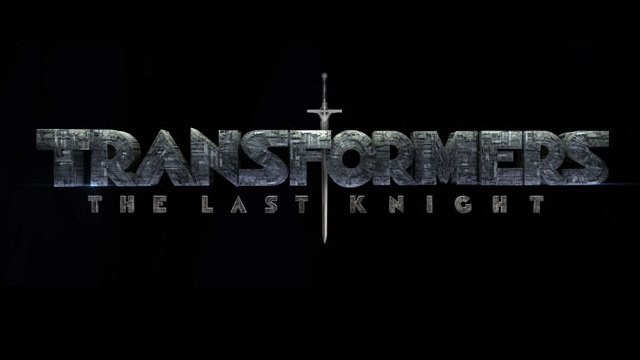 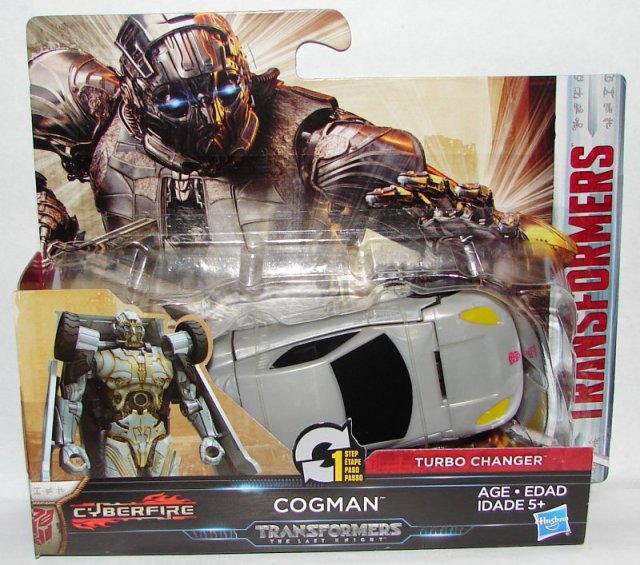 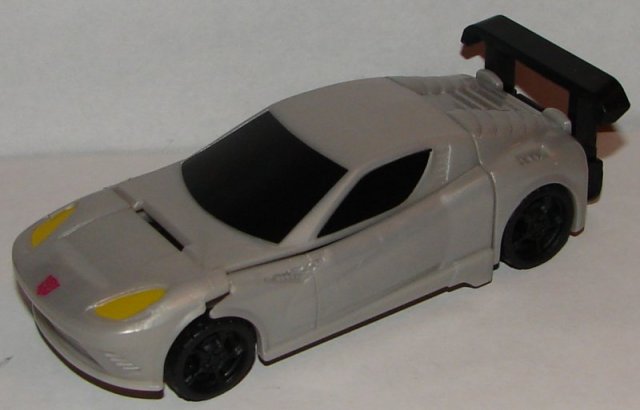 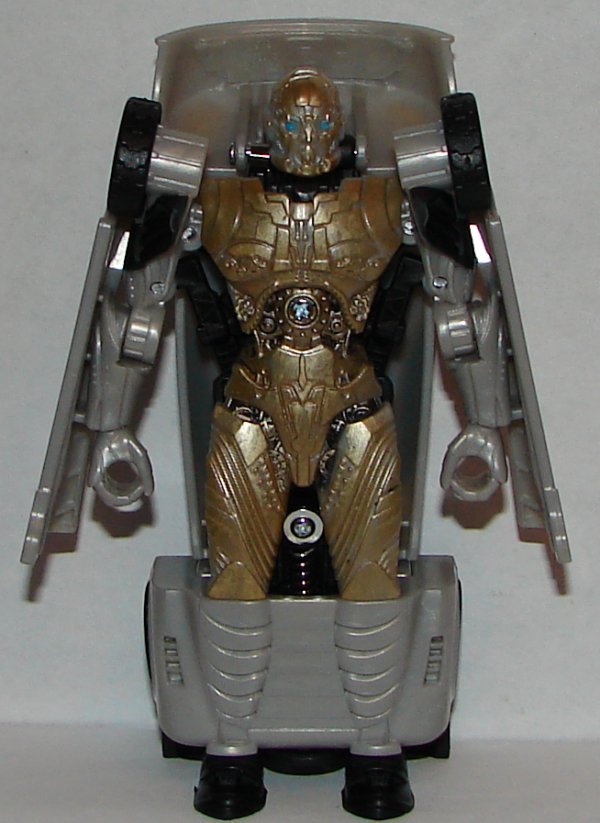 I really like the design of Cogman’s car mode. From the photos I saw of him, he looked like plain gray plastic, but it actually has a metallic sheen to it. In the photo it looks like his hood doesn’t close all the way and doesn’t properly connect with his fender above his front wheel. I noticed after I took the pics that his arm, which forms the side of the car, was actually misaligned. So, as with far too many one-step toys, he takes more than one step to transform. For a One Step Turbo Changer he looks pretty cool in robot mode. 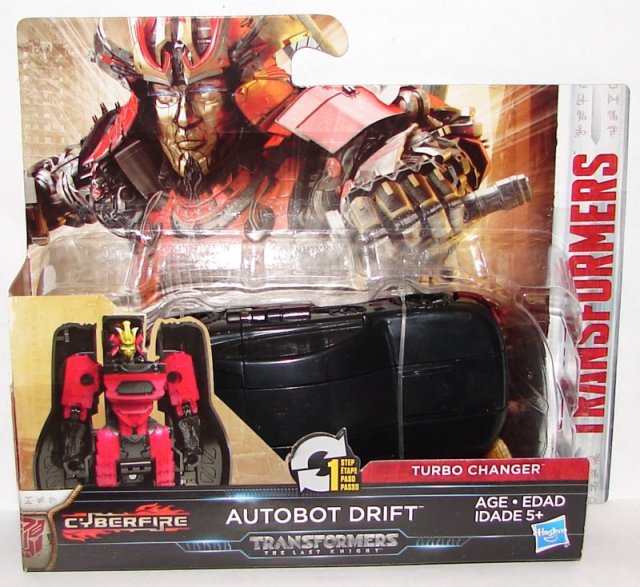 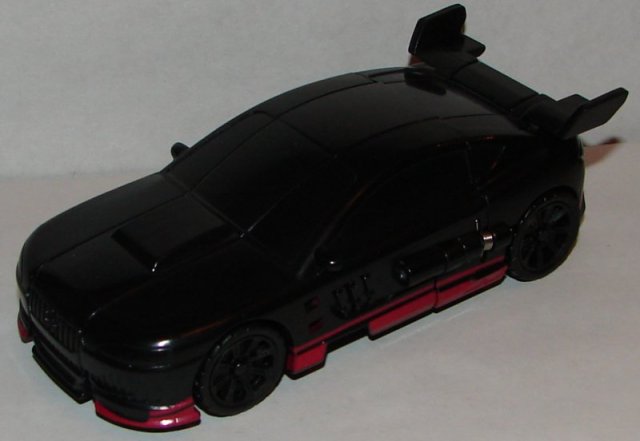 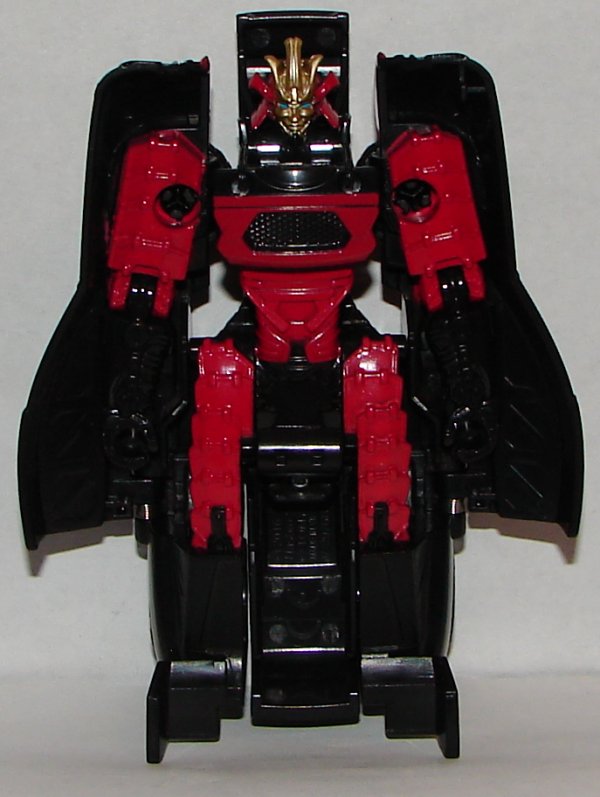 Drift’s car mode is a great design, but I hate the almost all black color scheme. If they had just painted his windows red he would look great. Robot mode isn’t bad, but it looks like his head is floating above his shoulders. Drift has an incredibly cool transformation. You take the two sides of the rear of his card mode and rotate them in the opposite directions one hundred eighty degrees. 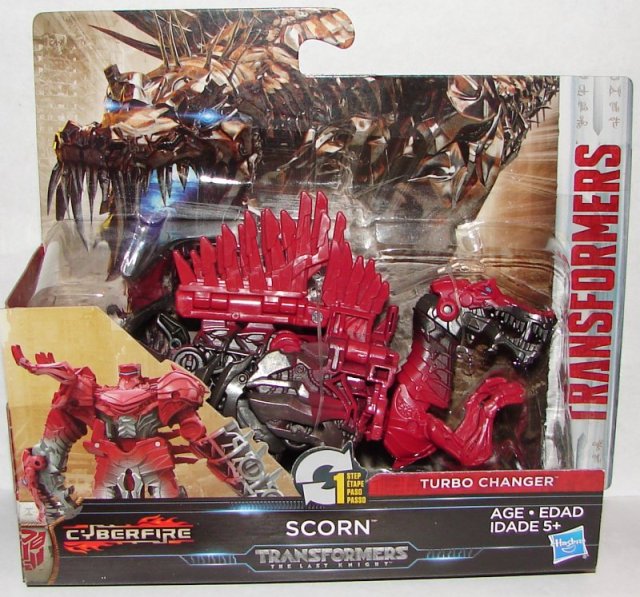 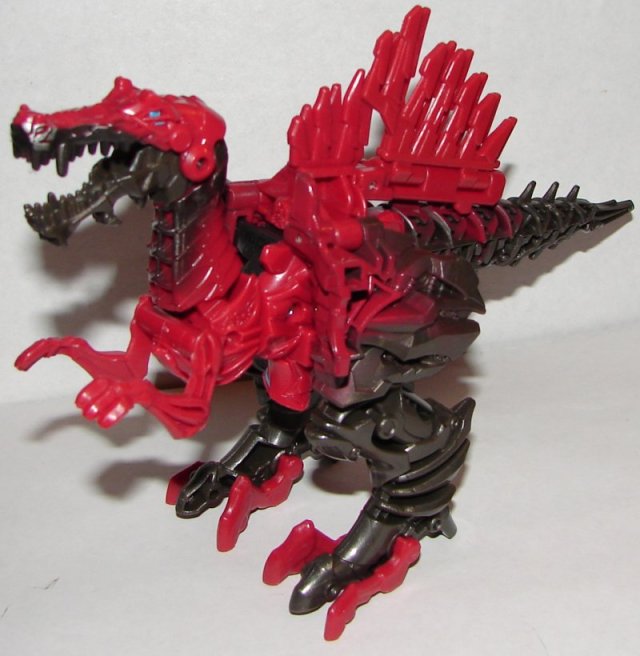 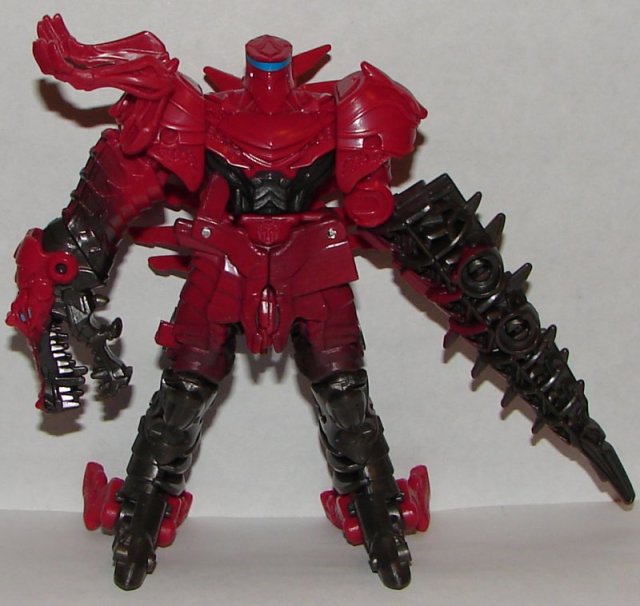 Overall: This is easily the best wave of The Last Knight One-Step Turbo Changers, but that isn’t hard since the previous two waves both had repaints. Finding them is another matter. I have yet to see any in stores. I grabbed them on eBay and managed to find them at a reasonable price. If you’re looking, Toys R Us has them listed on their site, but they have been out of stock for two weeks.

I’m 36 years old, and I work in network tech support for a public school system. I am a huge fan of Star Trek, Transformers, Harry Potter, and Marvel Comics as well as numerous other fandoms. I’m a big sports fan, especially the Boston Red Sox and the New England Patriots. I collect toys (mostly Transformers but other stuff too), comic books, and Red Sox baseball cards. I watch an obscene amount of television and love going to the movies. I am hopelessly addicted to Wizard Rock and I write Harry Potter Fanfiction, though these days I am working on a couple of different original YA novels.
View all posts by lmb3 →
This entry was posted in Toy Reviews, Toys, Transformers and tagged Cogman, Drift, One Step Turbo Changers, Scorn, The Last Knight, TLK, Toys, Transformers, Transformers The Last Knight. Bookmark the permalink.