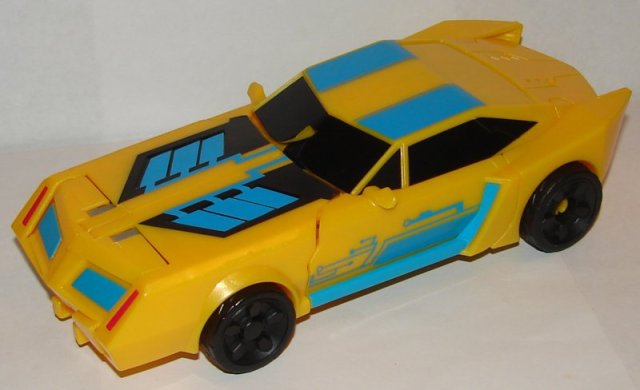 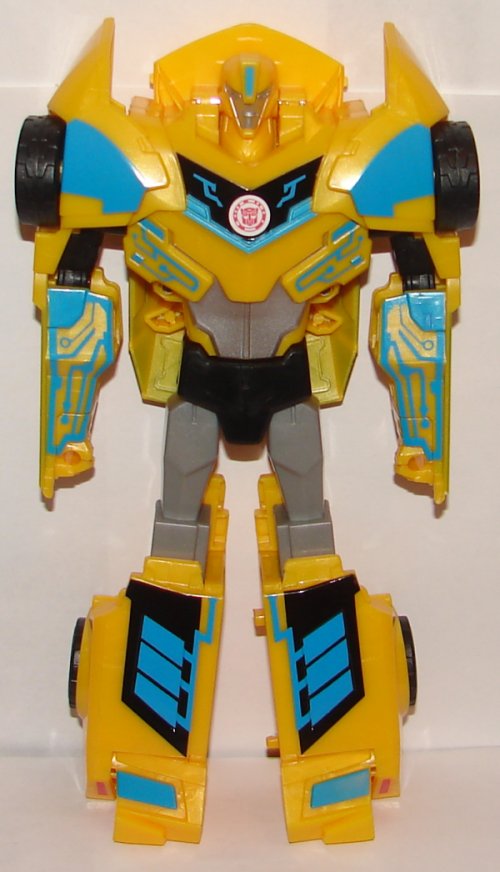 Of goody. Another Bumblebee repaint. I was afraid we wouldn’t get any more of them. This is a repaint of the original Bumblebee Three Step Changer mold as opposed to the remold that was released in the previous wave. I actually like the blue, black, and yellow color scheme. Nothing terribly special, but decent looking. 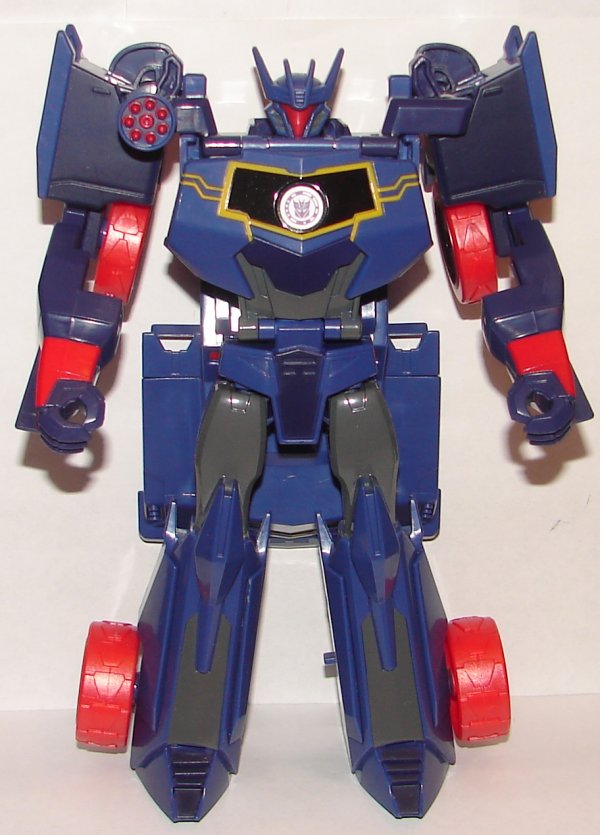 Soundwave looks pretty great. I love his vehicle mode. The red wheels really make a mostly dark colored toy pop. He’s got Soundwave missile launchers on both sides of the cab. He looks great in robot mode. His paint apps are excellent. I’m surprised just how much I love this one.

Steeljaw’s repaint is not exactly what I would call extensive. He basically has a few paint apps added. Frankly, it’s pretty half assed. My guess is they needed another toy for the wave and this was all they could come up with.

Overall: Soundwave is awesome. Bumblebee looks great, but he and Steeljaw are for completists only.

I’m 36 years old, and I work in network tech support for a public school system. I am a huge fan of Star Trek, Transformers, Harry Potter, and Marvel Comics as well as numerous other fandoms. I’m a big sports fan, especially the Boston Red Sox and the New England Patriots. I collect toys (mostly Transformers but other stuff too), comic books, and Red Sox baseball cards. I watch an obscene amount of television and love going to the movies. I am hopelessly addicted to Wizard Rock and I write Harry Potter Fanfiction, though these days I am working on a couple of different original YA novels.
View all posts by lmb3 →
This entry was posted in Toy Reviews, Toys, Transformers and tagged 3 Step Changer, Bumblebee, Combiner Force, Cybertron Strike Steeljaw, Hyper Change Heroes, Power Surge Bumblebee, RID, Robots in Disguise, Soundwave, Steeljaw, Three Step Changer, Toys, Transformers, Transformers: Robots in Disguise. Bookmark the permalink.