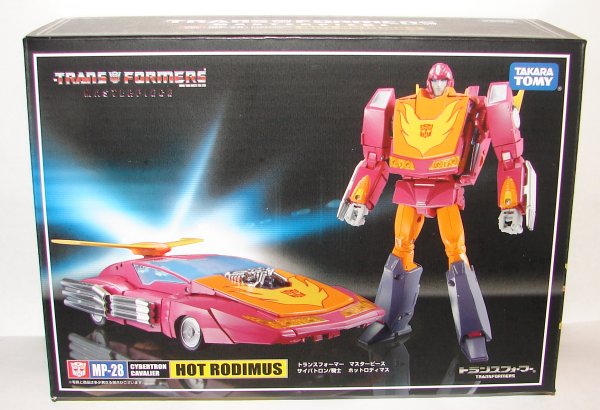 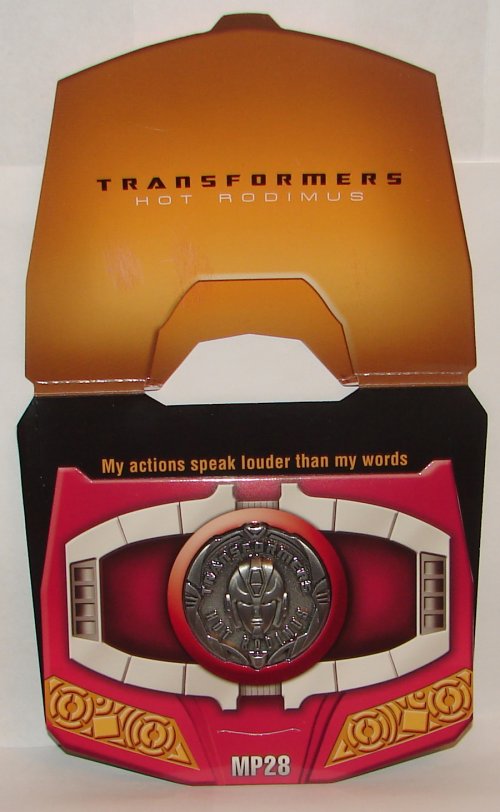 Hot Rod comes with two guns and the saw blade and fishing pole he used in Transformers: The Movie.

Vehicle Mode: Hot Rod’s car mode looks pretty near perfect.  It’s an enormous improvement over the original version.  The original made him more streamlined with curved fenders.  The new one is squarer, more like the G1 toy.  The colors are really nice, and the art on his hood looks great.

Robot Mode: The one issue I have with Hot Rod’s robot mode is his shoulders.  The plates that fold down do not seem to plug into anything, and one seems to fold down further than the other.  It’s not terrible, but it would be nice if they pegged in somehow.

Overall: Hot Rod is a definite improvement over Masterpiece Rodimus Prime, whose trailer was garbage.  Unfortunately, we will probably get a black version of this toy at some point, since he has no other obvious repaint options.

I’m 36 years old, and I work in network tech support for a public school system. I am a huge fan of Star Trek, Transformers, Harry Potter, and Marvel Comics as well as numerous other fandoms. I’m a big sports fan, especially the Boston Red Sox and the New England Patriots. I collect toys (mostly Transformers but other stuff too), comic books, and Red Sox baseball cards. I watch an obscene amount of television and love going to the movies. I am hopelessly addicted to Wizard Rock and I write Harry Potter Fanfiction, though these days I am working on a couple of different original YA novels.
View all posts by lmb3 →
This entry was posted in Toy Reviews, Toys, Transformers and tagged Hot Rod, Hot Rodimus, Masterpiece, Masterpiece Hot Rod, Masterpiece Hot Rodimus, Toys, Transformers, Transformers Masterpiece. Bookmark the permalink.