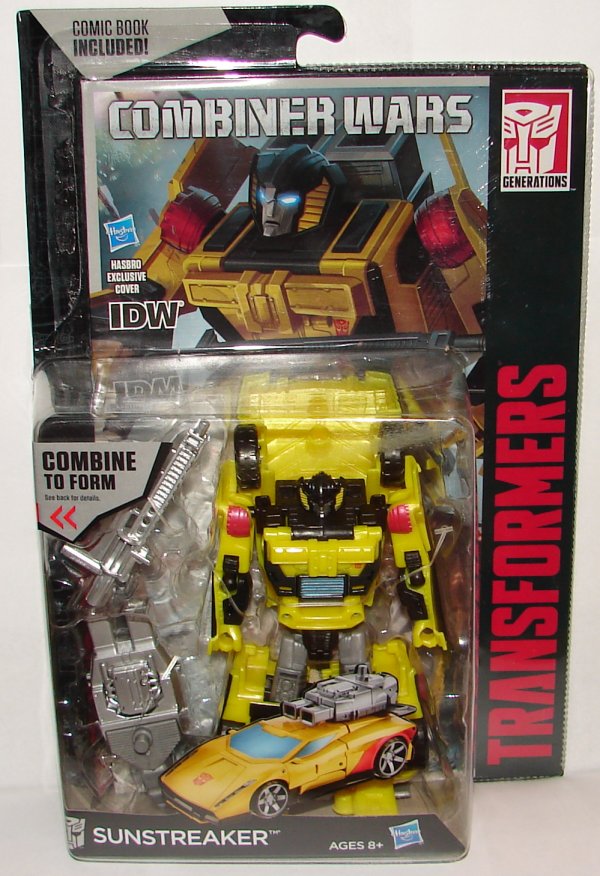 Vehicle Mode: Sunstreaker’s vehicle mode is almost perfect.  For one thing, I’m not sure why there is red on his rear fenders.  The only other problem is that he looks more like Sideswipe than Sunstreaker  He’s still a Ferrari, or at least looks like one, so it is an acceptable vehicle mode for G1 Sunstreaker, but her really should have the exposed rear engine.  Still, it’s pretty cool.  I really hope they do Sideswipe.  He is not part of the next wave of Autobot limbs scheduled for next year, but following that, the only Combiner limbs we know are coming are the Technobots (at least we can assume it from comments made at SDCC) so it would make sense to get another wave of Autobots.  There is no way to know if we are going to get Terrorcons, Monsterbots, or Predacons, the only other combiner sets not planned so far as we know.  None of them lend themselves to remolds or repaints, so I think we have a good chance of getting another wave of Autobots including Sideswipe from this mold. 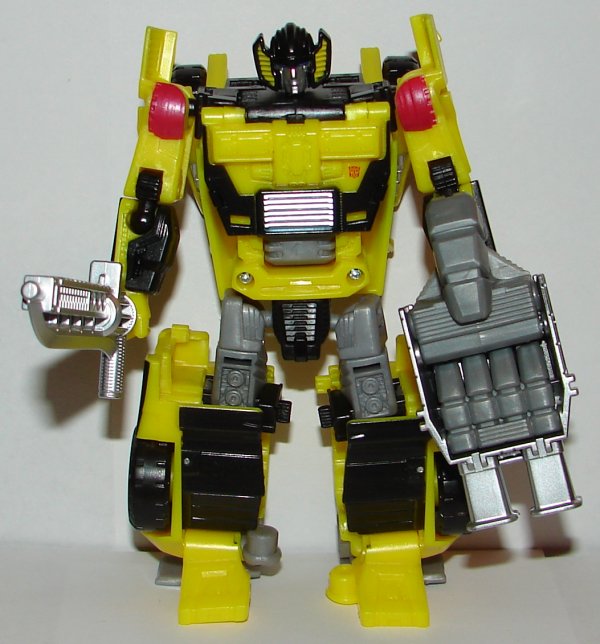 Robot Mode: Sunstreaker’s head mold is awesome.  I admit, that I would prefer his chest look more like the G1, but it looks fine.

Overall: I really like Sunstreaker.  I think they did an amazing job on him.

Links to other Autobot Combiner reviews:

I’m 36 years old, and I work in network tech support for a public school system. I am a huge fan of Star Trek, Transformers, Harry Potter, and Marvel Comics as well as numerous other fandoms. I’m a big sports fan, especially the Boston Red Sox and the New England Patriots. I collect toys (mostly Transformers but other stuff too), comic books, and Red Sox baseball cards. I watch an obscene amount of television and love going to the movies. I am hopelessly addicted to Wizard Rock and I write Harry Potter Fanfiction, though these days I am working on a couple of different original YA novels.
View all posts by lmb3 →
This entry was posted in Toy Reviews, Toys, Transformers and tagged Combiner Wars, Generations, Sunstreaker, Toys, Transformers, Transformers Generations. Bookmark the permalink.