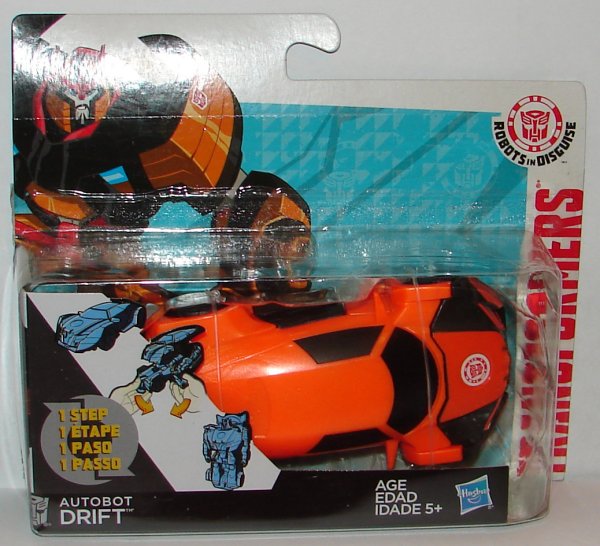 Amazingly, One Step Changer Drift looks better in vehicle mode than Warrior Class Drift.  He has the logo on his hood, which is a major improvement, and he looks less like he’s missing parts.  Still no proper paint on the back half of the car though.  Robot mode isn’t great, but he has some nice painted detail and he does have an excellent head sculpt. 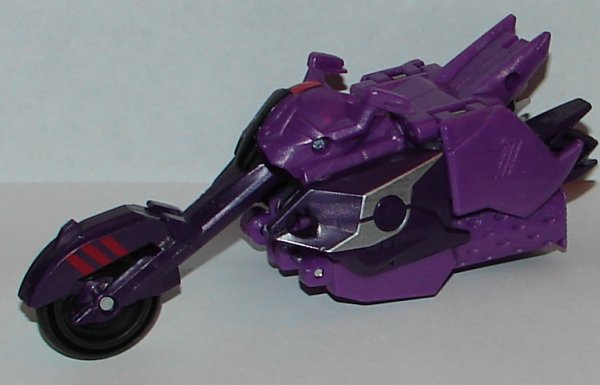 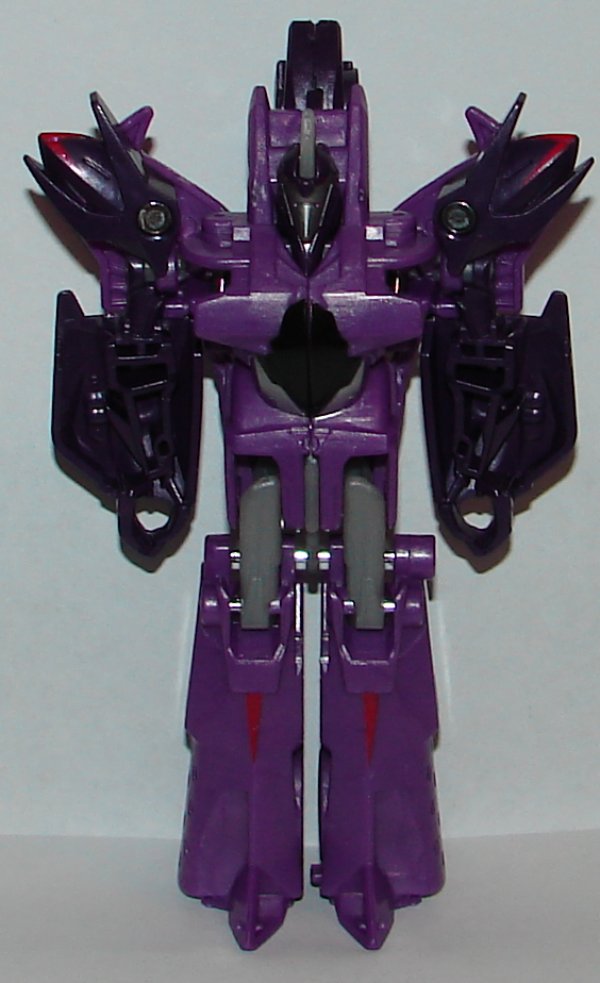 Fracture’s motorcycle mode is excellent, really well done.  In robot mode, he looks pretty cool.  Unfortunately, Hasbro doesn’t bother to include tech specs and bios, so I have no idea who or what he is supposed to be. 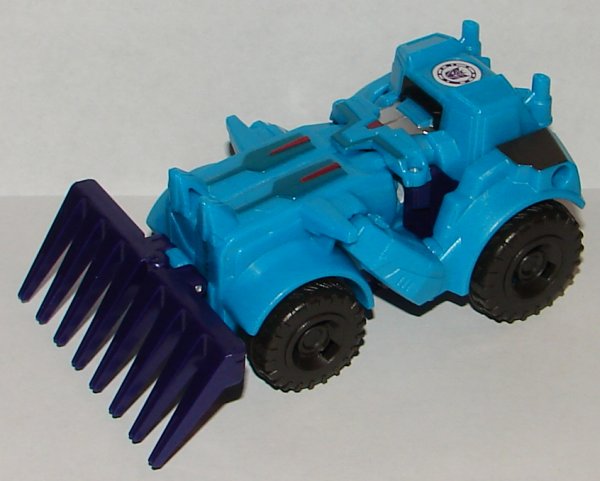 The best new Transformers name in years belongs to Thunderhoof.  This is one of the better Decepticon toys in the RID series.  Unfortunately, he’s not really a One Step Changer.  Once you use his single feature transformation, there is a second step where you have to fold back his blade, as there is a second one on top of his head beneath it.  I’m getting a little tired of these Two Steps to Transform Once Step Changers.

Overall: Thunderhoof s really great, his multi step transformation aside.  So is Fracture, and Drift’s not bad.  It’s a great wave overall.

I’m 36 years old, and I work in network tech support for a public school system. I am a huge fan of Star Trek, Transformers, Harry Potter, and Marvel Comics as well as numerous other fandoms. I’m a big sports fan, especially the Boston Red Sox and the New England Patriots. I collect toys (mostly Transformers but other stuff too), comic books, and Red Sox baseball cards. I watch an obscene amount of television and love going to the movies. I am hopelessly addicted to Wizard Rock and I write Harry Potter Fanfiction, though these days I am working on a couple of different original YA novels.
View all posts by lmb3 →
This entry was posted in Toy Reviews, Toys, Transformers and tagged 1-Step Changer, Drift, Fracture, One Step Changer, RID, Robots in Disguise, Thunderhoof, Toys, Transformers, Transformers: Robots in Disguise. Bookmark the permalink.