This is kind of a long story.  If you’re saying to yourself, “I’ve never heard of any Transformers Universe Sports Illustrated for Kids Promo Cards,” you’re probably not alone.  It appears no one has talked about them online, as hours of searching Google revealed nothing.

It all started last year.  On June 1st, 2012, I lost an ebay Auction for a Transformers Universe Galvatron promo card.  It sold for $16.51.  The Canadian seller said it was from a 2009 issue of Sport Illustrated for Kids.  Needless to say I was curious as I’d never heard of any Transformers Universe promo cards.  So, I went to Google and no matter what combination of terms I used I couldn’t find even a single mention of them.  I spent hours searching and found nothing.  I went to ebay and searched postings for SI Kids magazines finding no mention of Transformers promo cards.  I even looked up a list of S.I. Kids trading cards, but they were all sports cards.  I literally found nothing.  To say this bugged the hell out of me would be an understatement.

In the year and a half since, three additional cards came up, all of which I won for no more than a couple of dollars each, Onslaught, Silverbolt, and Silverstreak, and the seller changed the year with each post with both 2008 and 2007 put up as the year.  None of this makes sense obviously as Universe wasn’t out in 2007.  This made me doubt that the seller really new the date at all, and I began to wonder if anything the seller said about these cards was true.

After Onslaught and after Silverbolt I went back to Google, but still found nothing.  The Silverstreak just came up about a month ago, so again, I went back to Google.  This time, I found something.  I found this web page.  It appears that this company was doing work for Hasbro on their web site.  Not only does it include all four characters who have cards, but if you click on “Trading Cards” you can see the back of the Silverstreak card.  This is the first evidence I found of these anywhere online.  I don’t know if this was something Hasbro used on their site at one time, or if it was something made for them that they didn’t use.  It is incomplete, as the links don’t all work correctly.  I contacted the company, but they didn’t even bother reply.

Having now found something, I was even more determined to figure out exactly where these cards came from (and to complete my set as I was missing the Galvatron).  Then I had a thought.  Libraries have magazine collections.

Through my local library I was able to locate a complete set of Sports Illustrated for Kids magazines from 2009, but unfortunately not 2008.  2008 was more likely, but I figured it was worth a look.  While I did not find any Transformers cards or advertisements in the 2009 issues, I did find a couple of issues that had strips of four promo cards for movies printed on the same sheet as the sports cards on the other side of the fold.  Each had an advertisement on the page after the trading cards for the movies.  This was the first evidence I found that any Sports Illustrated for Kids magazines had non sports promo cards included, as no one seemed to archive that information anywhere and ebay sellers didn’t bother to note it in their listings.

Since the ad for each movie was behind the cards, I knew that if I could find a magazine with a Transformers Universe ad in it, even with the cards removed, I’d at least know I had the right issue.  At the very least, it narrowed it down to being a 2008 issue, which turned out to be the most important thing.

I found a seller on ebay with a lot of Sports Illustrated Kids issues, including six from 2008.  I contacted them, and they checked the magazines for me and told me that the cards were in the October 2008 issue.  It should be noted that many sellers I had contacted over the previous year plus about this previously never bothered to respond.  Others put right in their auction that they would not answer specific questions about their items.  These sellers all suck.

So, with that info in hand, I located both cover variants for the magazine. 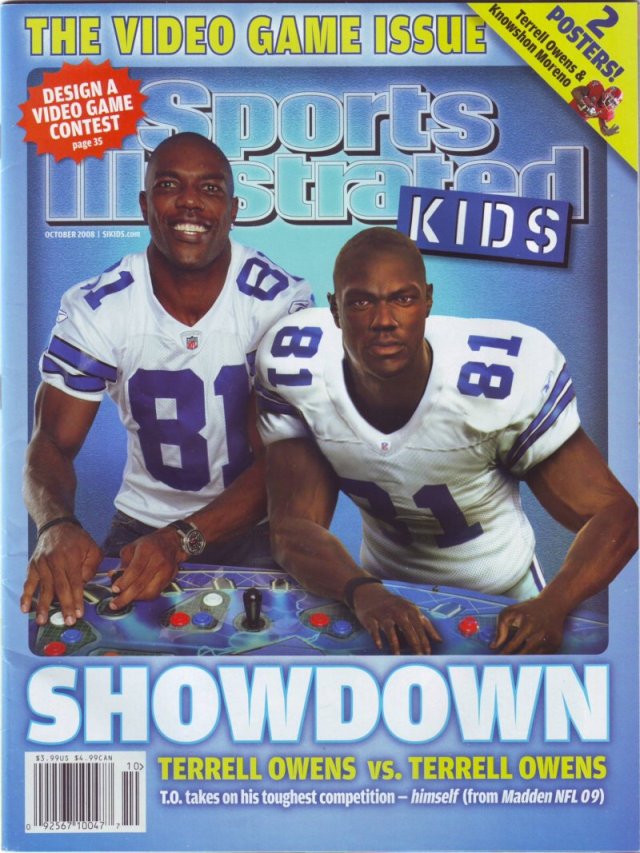 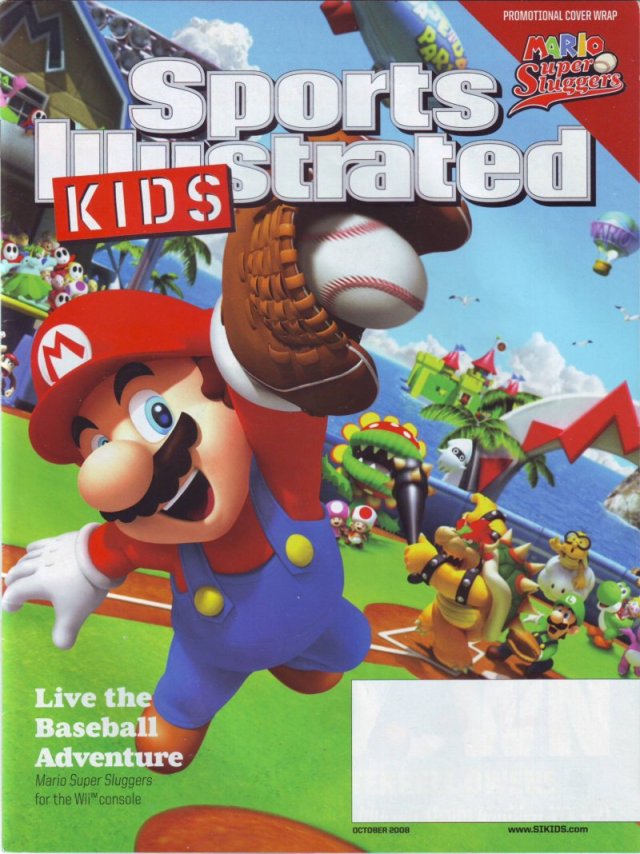 The subscription edition actually has the same cover as the newsstand edition with the Mario Cover added on top of it.  So, if you’re looking for the cards, either cover will have them. 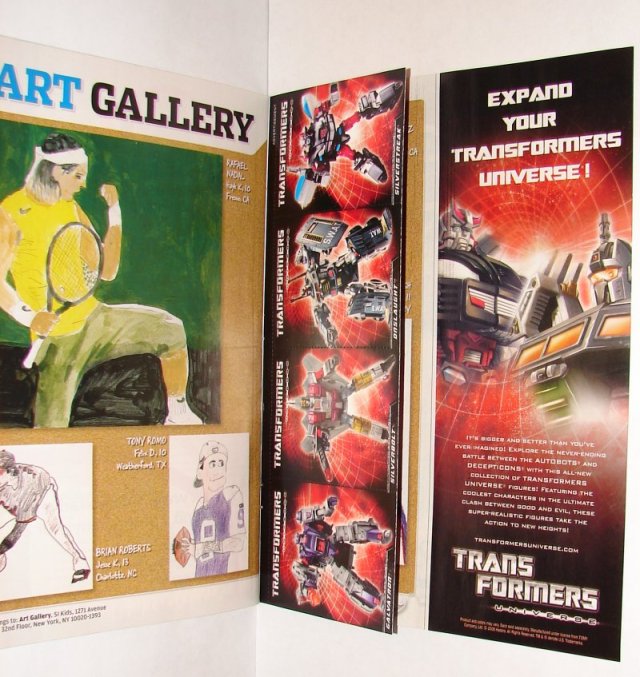 You’ll note in the picture that the bottom edge of the trading cards appears rough.  It is.  Not sure why it is though.  Other issues I looked at had a half page advertisement or order form here, and they too had a rough bottom edge.  It must have to do with how they are produced.  This page being half size, is obviously trimmed before being stapled into the magazine.  I can only assume the process for that is not as high quality as it is for trimming the complete magazines.  In other words, I wouldn’t expect to find these cards with smooth bottom edges.  Additionally, though you can just barely see it in the picture, the perforation is not very well lined up, so the cards will likely always be cut slightly off.  All the ones I have are.

And, finally, here are the cards 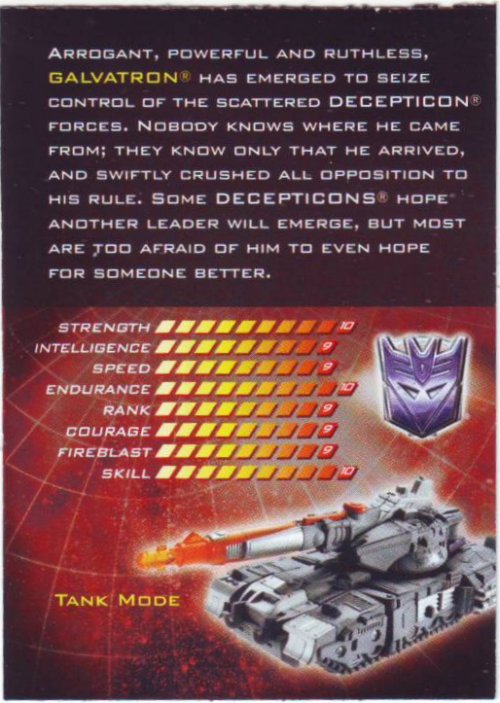 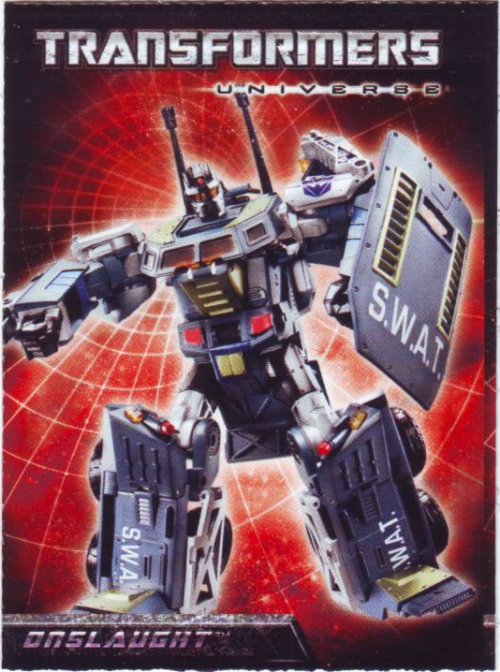 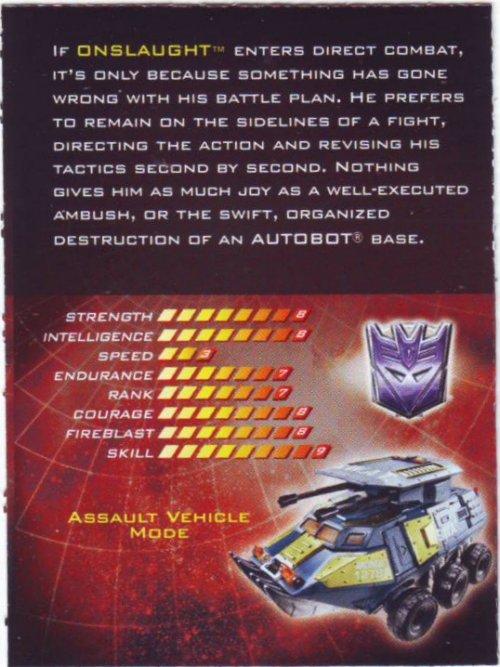 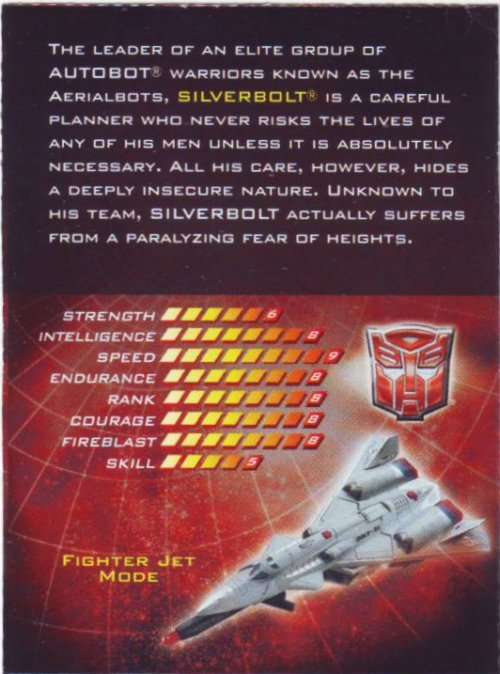 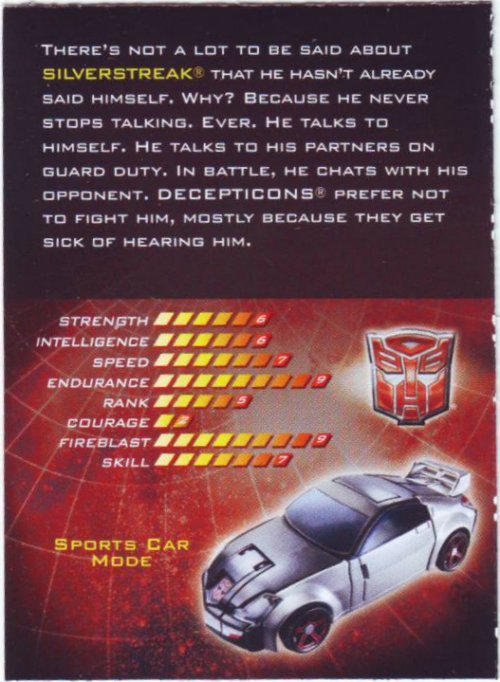 So, that’s about it.  I cut along the perforation with a sharp knife, so the top and side edges look better than if they are popped via the perforation.

If there is any info out their about these online, I couldn’t find it and I spent a ridiculous amount of time looking.  It seems odd to me that anything like this could come out as recently as 2008 and be seemingly unknown online.  There is always the possibility though that there is zero crossover between readers of Sports Illustrated for Kids and Transformers fans.  That seems unlikely, but still, I would think someone would have found out about these and talked about them online.

I’m 36 years old, and I work in network tech support for a public school system. I am a huge fan of Star Trek, Transformers, Harry Potter, and Marvel Comics as well as numerous other fandoms. I’m a big sports fan, especially the Boston Red Sox and the New England Patriots. I collect toys (mostly Transformers but other stuff too), comic books, and Red Sox baseball cards. I watch an obscene amount of television and love going to the movies. I am hopelessly addicted to Wizard Rock and I write Harry Potter Fanfiction, though these days I am working on a couple of different original YA novels.
View all posts by lmb3 →
This entry was posted in Transformers, Transformers Artifact of the Week and tagged Bluestreak, Galvatron, Onslaught, Promo, Promo Card, Promo Cards, Promotion, Promotional, S.I., S.I. Kids, SI, SI Kids, Silverbolt, Silverstreak, Sports Illustrated, Sports Illustrated for Kids, Streak, Transformers, Transformers Universe, Universe. Bookmark the permalink.