Transformers Napkins (Including Generation One Variations)

I know what you’re thinking.  An artifact of the week on napkins?  Really?  Yes.  A week ago I wouldn’t have bothered, but I recently found a number of variant Generation One napkins, so I thought it was worth a post.

I’ve found three different variations on the G1 Luncheon Napkins.  I am calling them version one, two, and three, but it’s an arbitrary designation as I really have no idea what order they would have been released in.  The differences are described below. 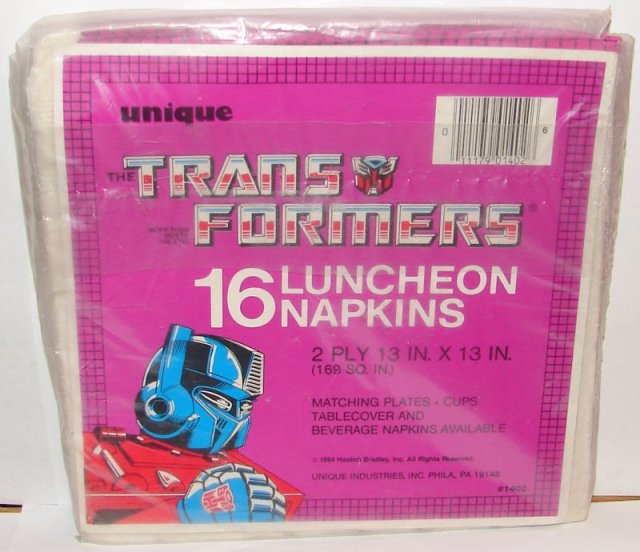 On the Beverage Napkins, I’ve only found two variations, and they are not as many changes.  As above, I’ll call them arbitrarily version one and two.  The differences are described below. 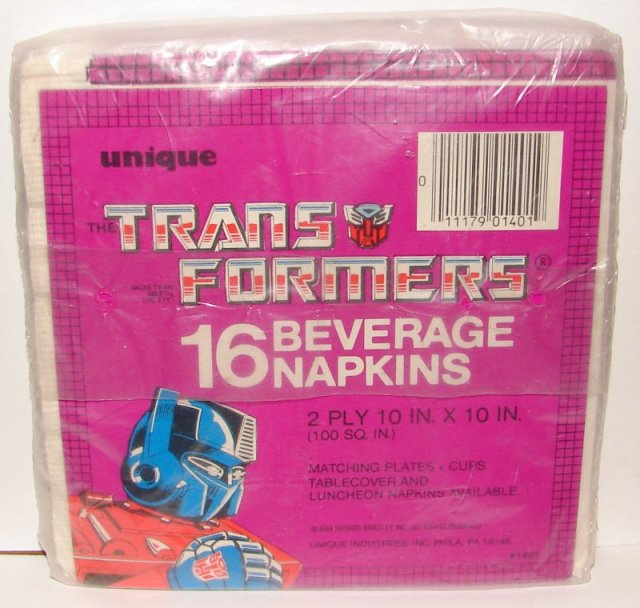 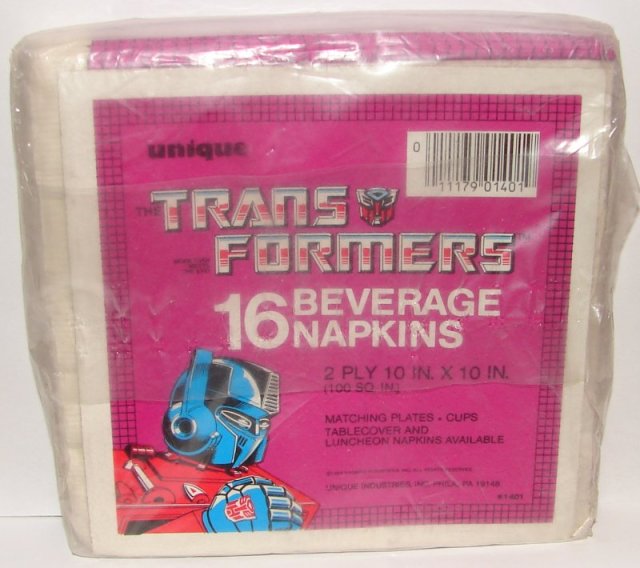 Version One:
1. Large barcode.
2. Slightly bolder text “16 Beverage Napkins”.
3. All black text is slightly larger.
4. On the napkin, smaller text “1984 Hasbro Bradley, Inc. All Rights Reserved” and the text is on the left.

I suspect that there might be a third version of the Beverage Napkins with black text like there is for the Luncheon Napkins, but I don’t have one and couldn’t find a picture of one online.

That’s it for the G1 USA Napkins.  Here are the other TF Napkins I have in my collection.  Unfortunately, I only took pictures of one side of them.

Interestingly, the Canadian packaged napkins are of far better quality and use the box art. 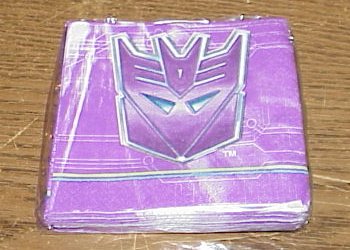 Animated From the UK

Revenge of the Fallen Autobot

Revenge of the Fallen Decepticon 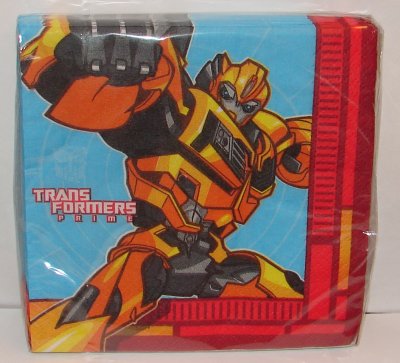 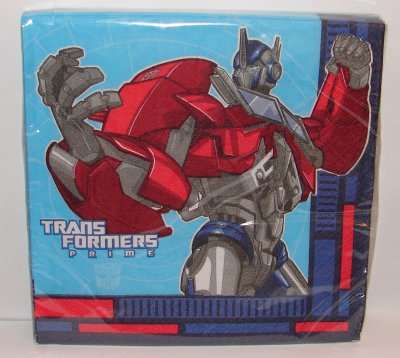 Dark of the Moon Optimus Prime 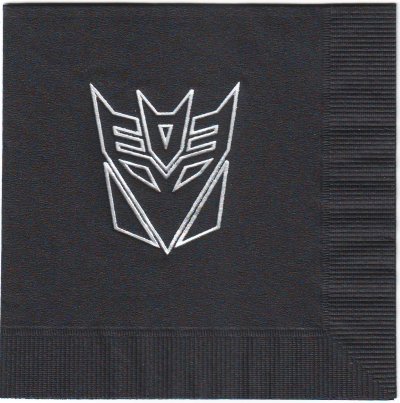 These last two napkins were available at the Hasbro Charities screening of Transformers at Botcon 2007 and were also available (I believe, my memory is a little fuzzy) at the Awards Party and Concert that was part of the convention.

I’m 36 years old, and I work in network tech support for a public school system. I am a huge fan of Star Trek, Transformers, Harry Potter, and Marvel Comics as well as numerous other fandoms. I’m a big sports fan, especially the Boston Red Sox and the New England Patriots. I collect toys (mostly Transformers but other stuff too), comic books, and Red Sox baseball cards. I watch an obscene amount of television and love going to the movies. I am hopelessly addicted to Wizard Rock and I write Harry Potter Fanfiction, though these days I am working on a couple of different original YA novels.
View all posts by lmb3 →
This entry was posted in Transformers, Transformers Artifact of the Week and tagged Beverage Napkins, G1, Generation 1, Generation One, Luncheon Napkins, Napkins, Transformers. Bookmark the permalink.