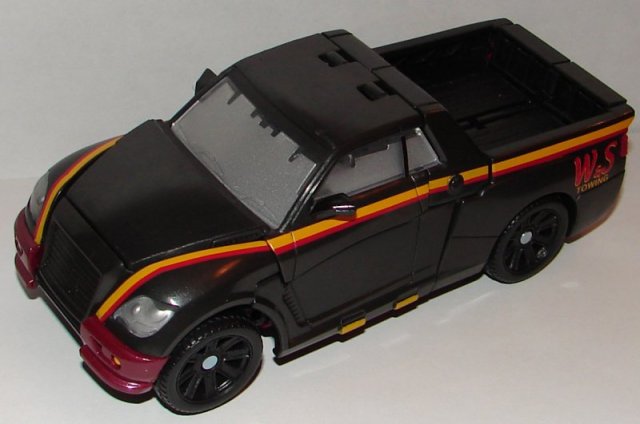 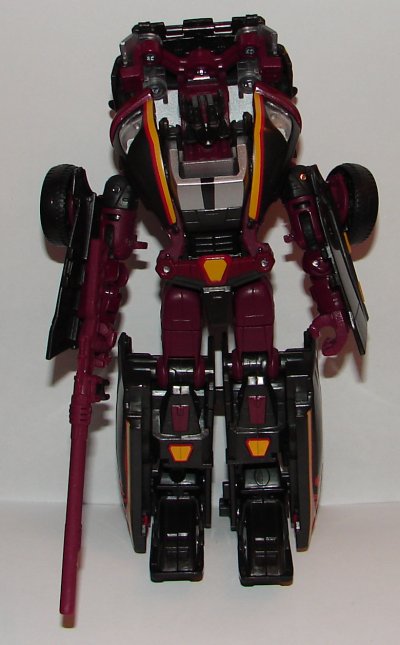 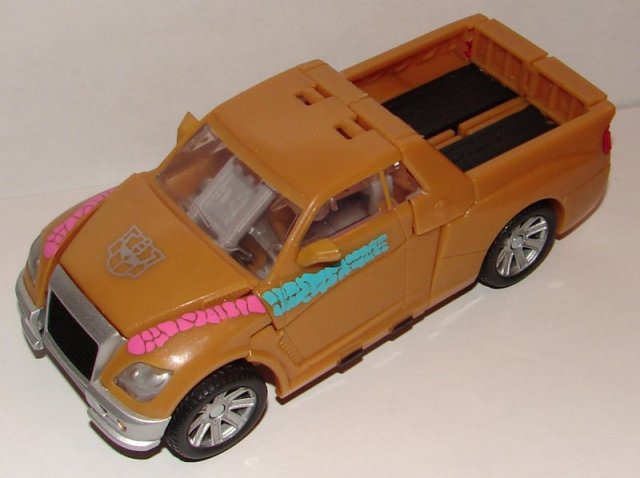 Well, by now most people will have heard that all the Hoists and Electrons have a part assembled incorrectly in their chest making it so their upper torso does not fold up into position in robot mode.  Also, Hoist has his shoulders installed on the wrong sides, so his arms do not bend correctly.  The chest problem is fixable, but only if you want to take screws out of a really, really expensive toy.  The shoulders are riveted in making then nearly impossible to fix.

The Generations Kup mold is a good one, and the head sculpt is really nice.  Both have pretty great paint jobs, but I would have liked an Autobot logo on Hoist’s hood.  If not for the fact that both are defective, I might like these a lot more than I do.  Electrons was supposedly going to have gold paint but the factory didn’t do the gold paint.  It might have looked nice.

As to the name Electrons, they couldn’t use Electro because of the character from Spiderman.  That is completely understandable.  What is not understandable is that they call him Electro on his autograph card.  They probably did that in the comic too, but I didn’t look.  When you give a toy a name, you stick with that name.  Calling it something else in a comic, on autograph cards, or anywhere else makes no sense whatsoever.

I’m 36 years old, and I work in network tech support for a public school system. I am a huge fan of Star Trek, Transformers, Harry Potter, and Marvel Comics as well as numerous other fandoms. I’m a big sports fan, especially the Boston Red Sox and the New England Patriots. I collect toys (mostly Transformers but other stuff too), comic books, and Red Sox baseball cards. I watch an obscene amount of television and love going to the movies. I am hopelessly addicted to Wizard Rock and I write Harry Potter Fanfiction, though these days I am working on a couple of different original YA novels.
View all posts by lmb3 →
This entry was posted in Toy Reviews, Toys, Transformers and tagged Botcon, Botcon 2013, Electro, Electrons, Fun Publications, Hoist, Machine Wars, Machine Wars Termination, Toys, Transformers. Bookmark the permalink.