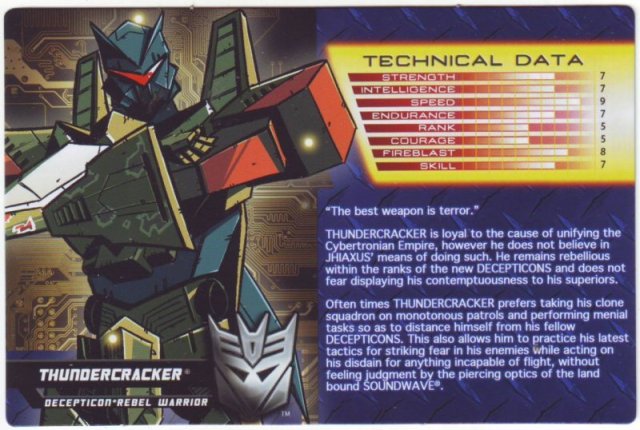 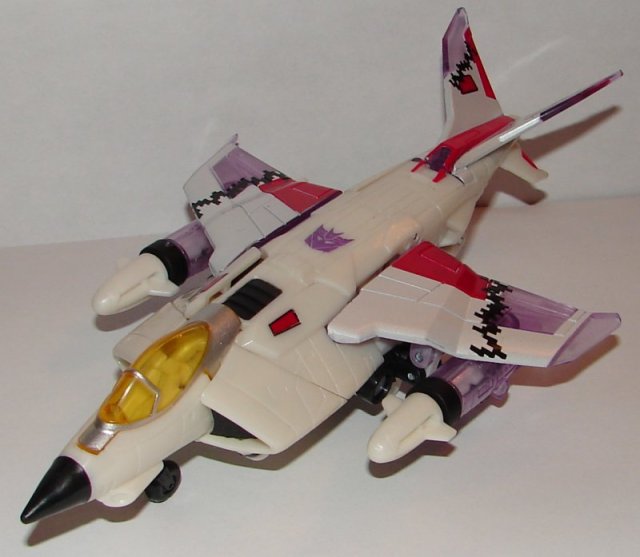 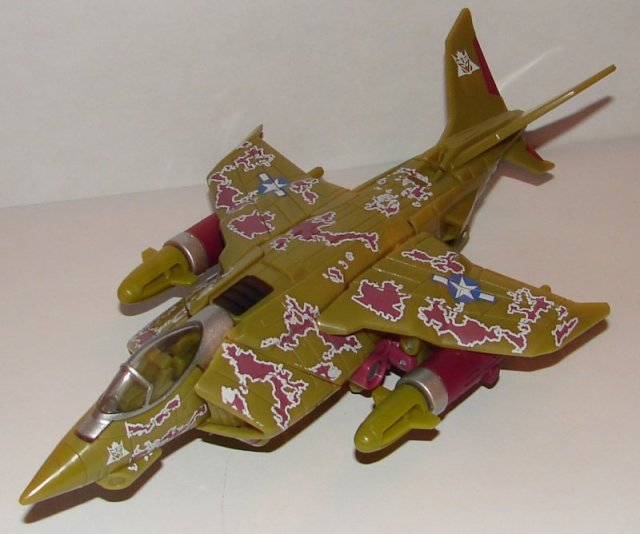 I have very little to say about these guys, mostly because I think very little of these guys.  I’m not a huge fan of the mold they chose.  The right arm is terrible and they should have done them in their traditional colors.  I do like the new head sculpt, and if you ignore that they should be different colors, the paint jobs are nice.  I heard that Thundercracker was supposed to have glow in the dark green paint.  That really wouldn’t have added anything to it in my opinion.

This sticker was being given out free to cover Skywarp’s purple G1 symbol.  The outline black G2 symbol is what Machine Wars Skywarp had on his wing.  The question is, why was a sticker needed?  Why didn’t they just have the right logo put on?  Of course, that could be another factory mistake, but I’ve not heard one way or the other.

I can’t rate these guys very high since the mold isn’t great and they aren’t properly colored.  Skywarp gets a bit of a higher grade for that “warping” paint job.

I’m 36 years old, and I work in network tech support for a public school system. I am a huge fan of Star Trek, Transformers, Harry Potter, and Marvel Comics as well as numerous other fandoms. I’m a big sports fan, especially the Boston Red Sox and the New England Patriots. I collect toys (mostly Transformers but other stuff too), comic books, and Red Sox baseball cards. I watch an obscene amount of television and love going to the movies. I am hopelessly addicted to Wizard Rock and I write Harry Potter Fanfiction, though these days I am working on a couple of different original YA novels.
View all posts by lmb3 →
This entry was posted in Toy Reviews, Toys, Transformers and tagged Botcon, Botcon 2013, Fun Publications, Machine Wars, Machine Wars Termination, Skywarp, Thundercracker, Toys, Transformers. Bookmark the permalink.