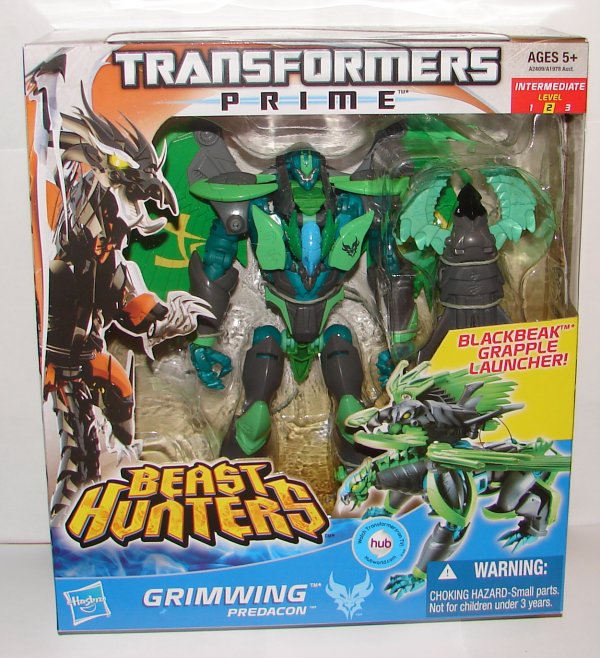 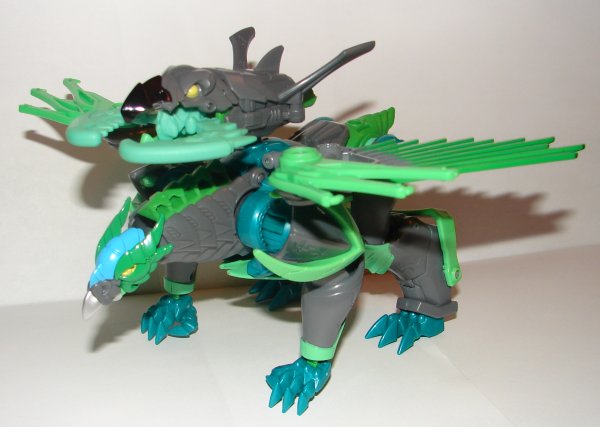 Vehicle Mode: Now, this beast looks awesome.  The gray green and color scheme work well, and for once we have a beast who’s rear legs aren’t way too long.  Not a huge fan of the launcher high up on his back, I think it should mount a little further back towards his tail, but that’s not a major thing. 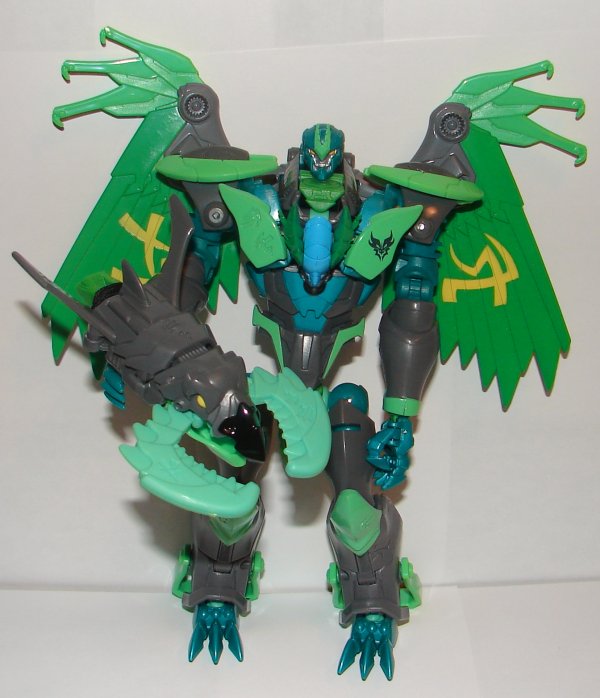 Robot Mode: First thing to note, I have him slightly mistransformed in the picture.  His hips should slide up toward his waist.  He looks a lot better when correctly transformed. 🙂  In fact, he looks awesome.  My only complaint is that his chest doesn’t really snap in where it meets the beast head, and his shoulder don’t snap in either.  This makes it very easy to get him all out of whack by just holding him.  Still very nice looking.

I’m 36 years old, and I work in network tech support for a public school system. I am a huge fan of Star Trek, Transformers, Harry Potter, and Marvel Comics as well as numerous other fandoms. I’m a big sports fan, especially the Boston Red Sox and the New England Patriots. I collect toys (mostly Transformers but other stuff too), comic books, and Red Sox baseball cards. I watch an obscene amount of television and love going to the movies. I am hopelessly addicted to Wizard Rock and I write Harry Potter Fanfiction, though these days I am working on a couple of different original YA novels.
View all posts by lmb3 →
This entry was posted in Toy Reviews, Toys, Transformers and tagged Beast Hunters, Grimwing, Toys, Transformers, Transformers Prime Beast Hunters, Transformers: Prime, Voyager. Bookmark the permalink.