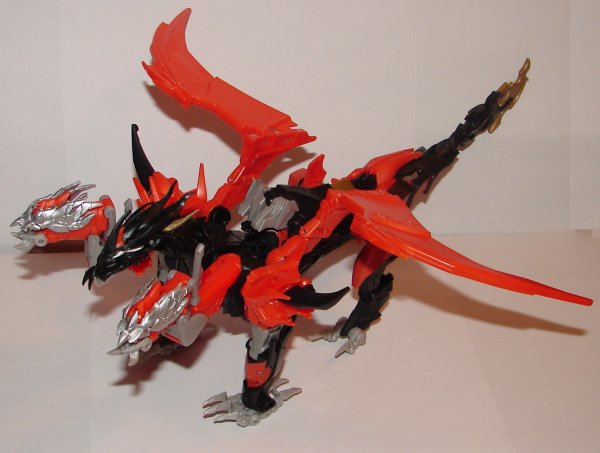 Vehicle Mode: Predaking is a three headed dragon (though the Cyberverse Legion toy has just one head).  The two side heads double as missile launchers.  They are also removable, making him a one headed dragon.  Perhaps that makes it easier for him to change him mind…get it? 🙂  Anyway…  He really looks nice, and I love the coloring.  He does feel rather small.  I would love to see him in Weaponizer scale, but considering what his wingspan would need to be, I don’t think that’s likely. 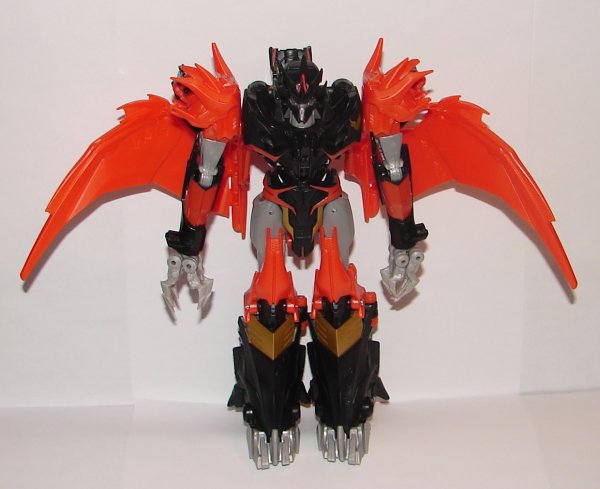 Robot Mode: Unlike Lazerback, Predaking’s robot mode is pretty good.  He has a great head sculpt.  Unfortunately, he has soft plastic hands (and feet as well).  It makes it very hard for him to actually hold his sword.

Overall: It looks like Hasbro is lowering quality across the board.  So, under the new level of quality, he’s not bad, but doesn’t live up to the standards we’ve come to expect from Voyager class toys.