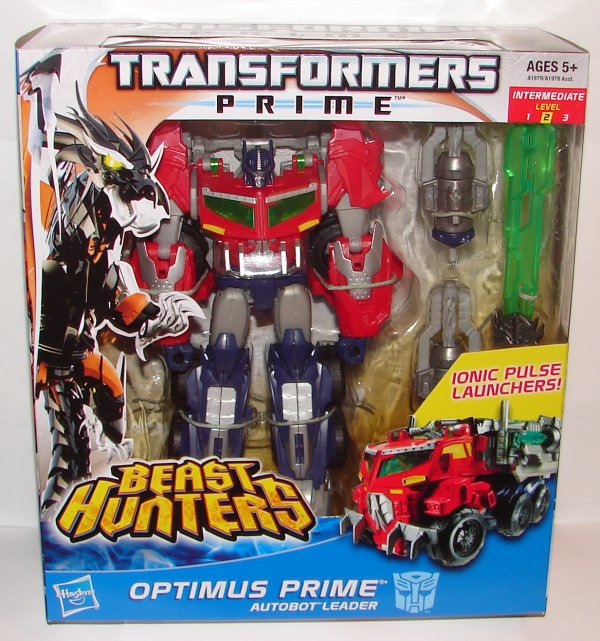 Vehicle Mode: I really like Optimus’s vehicle mode.  I wish they had used better plastic for the back and painted it.  The gray makes it look cheap.  Also, they could have found a way to attach his sword to the bottom of the vehicle rather than carrying it on his roof.  He has one other flaw.  You can’t see it in the picture, but when in vehicle mode you can see his face behind the cab.  Again, this was a fixable problem that they didn’t bother to fix.  A little bit of poor design.  Still, I do like the look of it overall.

Robot Mode: He has a great looking robot mode, but the green windows kind of bother me.  They could have just as easily been blue.  That’s a minor thing though.  He looks great with the sword.  I’ve got the two missile launchers attached to the top and bottom of his fist.  I don’t believe that is shown in the instructions, but it works.  Other than on his wings, I’m not sure where else the launchers could be stored.

Overall: He’s nice looking, but could have been so much better.  Hasbro needs to stop going cheap like this.